He was selected to become the platoon leader of the Skull and Bones unit, one of the finest commando units in the world. He thus received additional training in a large number of commando techniques including weapons, infiltration, demolition, vehicle handling and so on.

He has an atypical amount of training and talent in the martial arts and acrobatics. This allows him to act and move like a two-fisted American superhero, such as Nightwing or Daredevil.

Andrian’s parents were apparently sent to the gulag when he was a child. Thus, he ended up in a model orphanage in Moscow.

Strong-willed, independent and full of life he became a close friend of another orphan names Feliks, and together they committed numerous pranks. Despite their antics, they were selected to become Young Pioneers  and later became top students. Feliks was gifted for academics and technical stuff. Andrian was a natural student and athlete, excelling in many subjects.

They followed different ways. Andrian discovered the truth about his parents, and wanted to assassinate Leonid Brezhnev  when he would come to visit the orphanage. Feliks ultimately convinced him not to, and left for the university where he was one of the few studying computers. Andrian declined going into the university, which meant being drafted for the war in Afghanistan.

In the Army, he was chosen to become an officer in a spetsnaz brigade, then to the GRU academy and the Frunze school . By that time he was more ideologically reliable than ever, and a good soldier.

He was sent to an elite commando company in Afghanistan, which trained hard. At that point it was revealed that he had a secret benefactor, general Kozakhov. Kozakhov made certain the best and most intelligent soldiers ended up in that specific commando company.

The General had clearance to begin testing his personal theories about counter-insurgency. His test company moved deep into Afghanistan, near rebel-controlled land. There they received new uniforms – full black bodysuits with a skeleton painted on. They trained even harder than before in martial arts, infiltration, assassination and so on.

The training was like initiation in a cult, and there were numerous rituals. The members of that strange brotherhood rarely took off their mask, allowing them to forego their individuality and simply become death.

Despite the mental conditioning, Andrian came to his senses and defected, but was captured by the mujahideen. He warned them that a death squad was about to hit small villages and leave nothing alive. But they reached the first target village too late, as the massacre had already started.

All of the members of the death squad were killed by the much more numerous mujahideens with the help of Andrian. But few mujahideens and village members survived.

Andrian then went native and fought along with the mujahids. He taught them advanced military tactics and became one of them. The sight of children and innocent women being mass murdered by his countrymen had definitely turned him against the State.

Ultimately he went back to the USSR with the intend and means of blowing up the Kremlin. But he discovered that his old mate Feliks had became known as “Elektrik Feliks”, a dissident leader living in the underground. Feliks now was a master electronician and hacker, with a strong network of informers.

Feliks dissuaded Andrian of blowing up the Kremlin. Instead they launched a complex plan to prevent untold deaths through a radical killer virus. They were successful despite attempts by both the KGB and the CIA to recover it to their own ends.

Andrian and Feliks later went on to fight against the many criminals in the former Soviet Union, including at times the State. Among their most renowned actions was Andrian single-handedly preventing a Black Beret commando from landing on Boris Yeltsin ’s stronghold during the attempted military coup in 1991 .

Andrian operates wearing his old Skull & Bones uniform, which is now quite grimy. In darkness, he almost appears like an actual skeleton.

Andrian is both a battlefield-haunted soldier and a semi-inscrutable martial artist. He’s also proud nationalist, finding his land to be both the most beautiful and the most miserable in the world. Andrian does not want it, or any other land, to go through dark times again. He’s willing to kill to prevent greater slaughter.

In Afghanistan, however, he took a strong stance against terror tactics. He is always looking for a way to minimize bloodshed, using blunt weapons and unarmed combat as much as possible.

He’s confident in his abilities, and justifiably so. Conducting solo raids on secure installations or even the Kremlin itself is not a problem for him, and he’s at ease taking huge risks against most opponents.

He is a pragmatic man. Andrian spent years hand to mouth in hostile country, so he often acts like an outdoorsman, a bit distrustful when there is too much sophistication, luxury or high technology around. He’s quite wary of capitalist-style wealth.

He sometimes refers to himself as a knight fighting for good.

Andrian operates pretty much in a cinematic real world, and is a cross between street-level and James Bond-level. He’ll stay centered on Russian matters, however, and I don’t think Russia ever played a big role in the DCU. 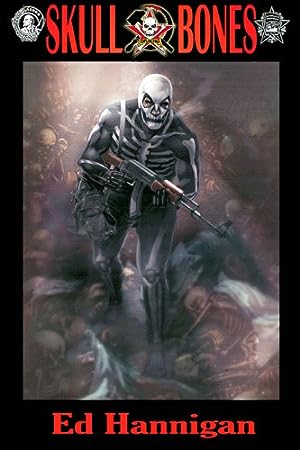 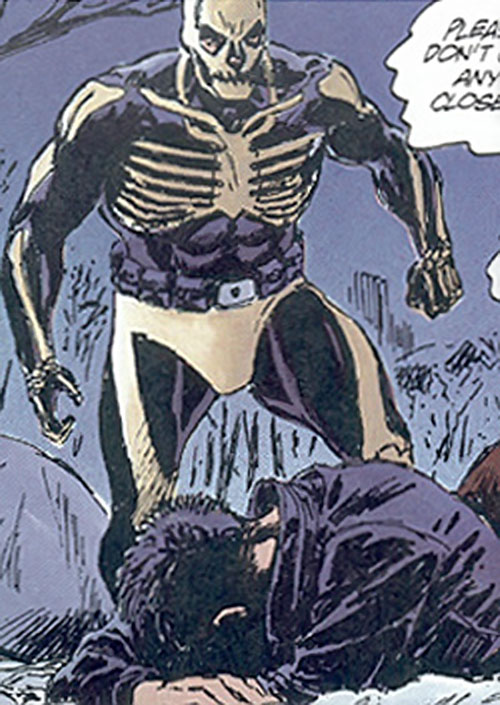 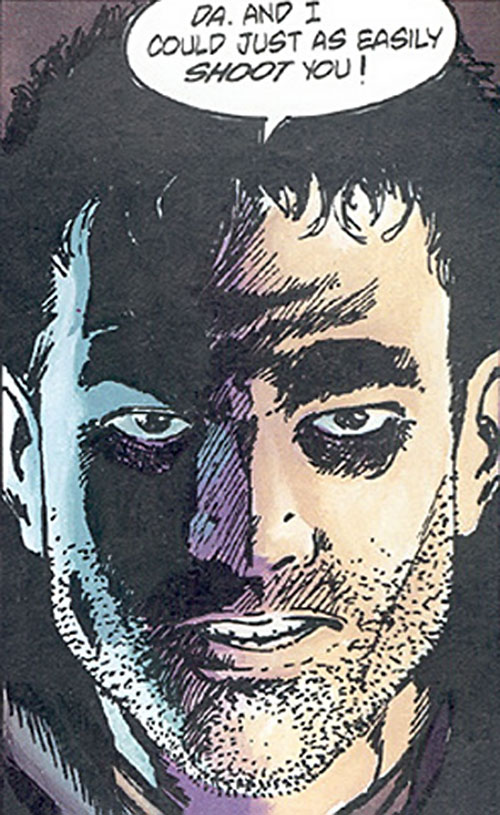