The following information includes important S P O I L E R S about the game ! Also, the abilities are boiled down to the core applications.

In order of appearance, Claret’s companions are :

Bonuses and Limitations:
Medicine is a Powered Skill and can be conducted without equipment and in any conditions.

Drawbacks:
Misc.: Corwin is secretly a half-breed, though he cut off his wings to pass.

Corwin is secretly a half-breed. Half-Human, half-Skyborn, reviled by both. As a teenager he hacked off his half-sized wings to make it easier to hide, and nearly killed himself in so doing. He was found by a Human sympathizer, Jake Spencer, who took him in and saved his life.

Corwin became an employee of the Spencer Drydock & Repairs business, and a friend of mechanic Claret Spencer. He successfully hid for years, but somebody reported him to the Skyborn Dominion. Corwin was arrested, and Jake was denounced as a member of the half-breed underground railroad.

Due to their Skyborn heritage, many half-breeds can perform magic. Corwin’s talent is for a very rare form – healing magic. Only one Skyborn is a master of it, and nobody expected to ever see a half-breed do healing. Though Corwin thinks that healing magic is uncool and unimpressive, his comrades-in-arms vigorously disagree.

Corwin is soft-spoken, fatalistic and pessimistic. Much of his “motivation” is to be left alone, though he’s highly loyal toward his few friends and allies. He’s more down-to-earth than Claret, and can be the voice of diplomacy and common sense cooling her temper.

Corwin chiefly heals, then protects if he has time. A few attacks may be lobbed in if the team is doing well and needs no heals, and he eventually acquires a debuffing  spell.

Corwin starts training as a fighter to become a more rounded adventurer. His goal is to further investigate the Nordenwald forest. Since this is fallen Fey lands, there is a strong implication that he’s looking for means to help Chaska.

Sullivan William Buckminster Hallsting Chesterford the Fourth comes from an extremely wealthy and influential family. Even the Skyborn Dominion treads lightly around the Chesterfords. The family knows a lot of important people, including among the Skyborn.

Sullivan is convinced that he’s a suave, dashing, bright swashbuckler with endless natural talents. In actuality he’s a bit of a dilettante, impulsive goofball. But it is true that he’s charming (though not in the way he thinks he is), that he can take care of himself, and that he’s a redoubtable fencer.

With rapier and main gauche, Sullivan can engage multiple armed men, keep them busy for quite a while and quite possibly prevail.

Chesterford has indisputable bursts of competence. Yet, one gets the impression it involves experienced people helping him plan and providing intelligence.

His half-breed half-sister Jillian, his desire to be dashing, and his noblesse oblige side made Sullivan join the half-breed resistance. The big draw, despite a sincere taste for justice, likely was to get to act as the costumed freedom fighter the Red Spectre, a Scarlet Pimpernel -like figure. The Chesterford wealth has also been a big boon to the movement.

During the game, Sullivan learns that his father Silas isn’t that much of a collaborator with the Skyborn. In particular, the experiments run by the Blackstone Company on Skyborn half-breed are actually intended to save Jillian.

Sully jokingly insists that he’s a “directional expert”, but his orienteering ability is average *at best* and he knows it. He’s also a poor airship pilot.

He’s the front line fighter of the lot, keeping the enemy busy as he fights defensively and gets in their hair. It’s usually Sully whom Corwin is healing.

Chaska initially seems to be a mutated teenager. She lives hidden in the coal mines, stealing stuff to keep herself fed and supplied. She stays hidden as much as possible, since people are usually horrified by her appearance.

Chaska has pointed, elf-like ears, and tries to hide that her right arm is huge, clawed, jet black, and looks like a cluster of venomous tentacles fused together. Her left eye and part of her face are also hidden – this may be because of a wound, or because of another mutation.

Living in a coal mine, goin’ on down down  (video), she’s covered in soot.

Chaska is sensitive to comments about her appearance, or people being wary of her. She’s overjoyed that Claret doesn’t care about that, and to finally have friends.

Chaska loves looking at pretty things and pretty men (she likes Corwyn), since she feels that she’s hideous. She has next to no experience with the real world, and is very impressed by airships, forests, etc..

Chaska used to steal the eggs from an aggravated lamia to feed herself. This nearly got everyone killed when the monster cornered the team on their way out.

Since Chaska lived for so long in almost complete isolation in a mine she is naïve, a bit goofy, romantic and easily enthused. Corwyn finds her embarrassing.

During the game, Chaska learns — to her great surprise — that she’s an Earthfey (or Earthenfey) and not some sort of mutant. It might mean that she’s not a teenager, but was orphaned all the way back during the Skyborn revolt. Feys are described as “unchanging”, so maybe Chaska never ages or matures.

A fast attack asset, good at debuffing priority targets before they can act. She’s great against mages.

Chaska, with the power of wisdom of the dead Fey king, stabilises the Fey dimension and keeps the magic flowing. Though she has to live alone in the Fey dimension, she hopes to learn to create portals to take vacations in the real world.

Alda Kims is an hermit, living in a one-person camp in the terrifying Nordenwald forest. Though she’s a Skyborn and an expert fighter-mage, she lives completely apart from the Skyborn Dominion.

As a Cadet, she craved understanding why the Skyborn have little visible history or culture. She wanted to understand her roots. But there were simply no history texts or even legends to be found. This passion of hers drew hostility from her instructors. Yet she was the second-best fighter of her cohort, close behind her friend Ryler.

The Cadets took the final exam – a sort of death labyrinth. Oddly, Alda was paired with Ryler. He almost confessed his crush on her, but decided to wait for the end of the exam. Predictably, Ryler and Alda won the tournament. This made them eligible to serve directly under the Centurion, the right-hand man of the Empress of the Skyborn Dominion.

However, Alda had been deliberately paired with Tyler, and the Centurion demanded that one slay the other. Ryler hesitated, and the mindlessly disciplined Alda killed him first. Presumably, this wasn’t the normal procedure but a specific decision to either get rid of Alda or confirm her obedience.

Alda received her adulthood armour and a place in the the Centurion’s Fifth Legion. But she was crushed by guilt over Ryler’s death and her own unthinking obedience. She entered a sort of depression, was sacked from the Fifth, and eventually left the Skyborn Dominion.

She went to the Nordenwald Forest to seek answers about the past of her people. The area held many old ruins, though it was highly dangerous. However, Alda couldn’t make much progress. Her only education was as a warrior-mage, and she had little idea of what to look for and how to interpret it.

Claret Spencer and her crew stumbled upon her in Nordenwald Forest. Or rather they stumbled upon a pack of hellhounds, and Alda reflexively came in to help them fight these powerful beast off. She likely saved their lives.

Alda has little idea about how to function in any context that isn’t warlike. She is particularly blunt and knows nothing about social graces. She is aware of her shortcomings and somewhat ashamed of them, but that doesn’t constitute a solution either.

Alda fights in full Skyborn front line armour, and with a pair of warglaives (looking a bit like like a scimitar on each end of a shared handle). One of the warglaives is smaller as it is mostly used to parry, but it can drain life force. She also wields high-energy war magic.

The other frontline fighter, though with Sullivan hugging the spotlight she’s free to hammer the opposition with fire, lightning and glaive attack. Her lightning can temporarily blind as well as electrocute.

Alda has a “Majesty” debuff, which isn’t too different from a Charisma (Intimidation) roll. Presumably she does that by hovering in mid-air and looking bloody impressive with lightning and flame spells and shining armour.

Alda gets acclaimed as the new Empress of the Skyborn Dominion. This wasn’t her plan at all, as her only point was to tell her people what their hidden past was and to make peace with Humans.

However there is a power vacuum and she’s the most credible candidate, so she doesn’t have much of a choice if she wants to hold things together. Plus, everybody agrees that she *looks* like an Empress.

It is very likely that a split will take place among the Skyborn. Those who do not wish to coexist with Humans will retreat to Stormrook, the original capital of the Skyborn Dominion. The progressives will stay in Granminister. 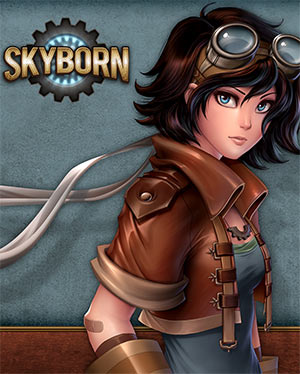 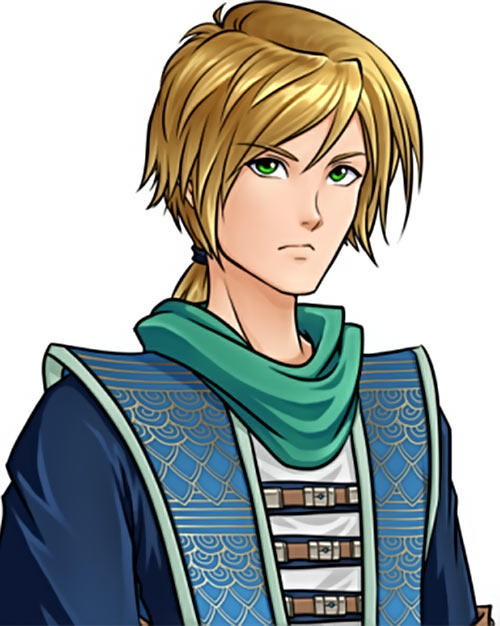 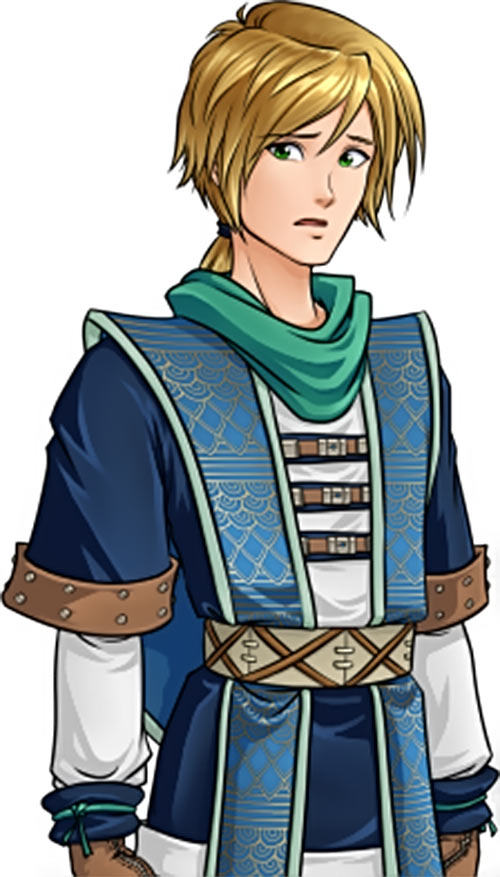 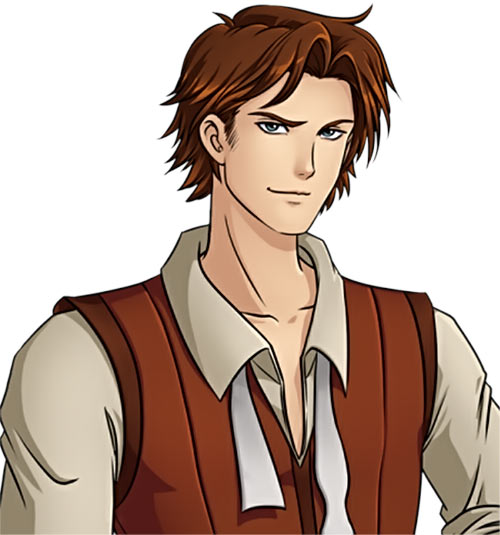 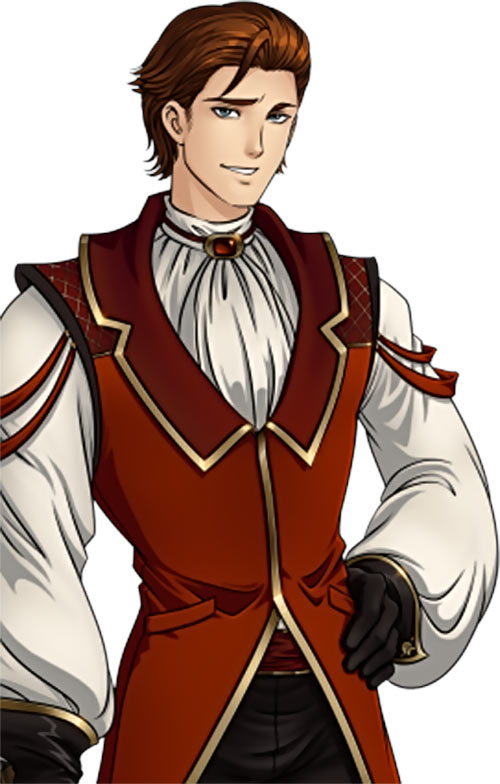 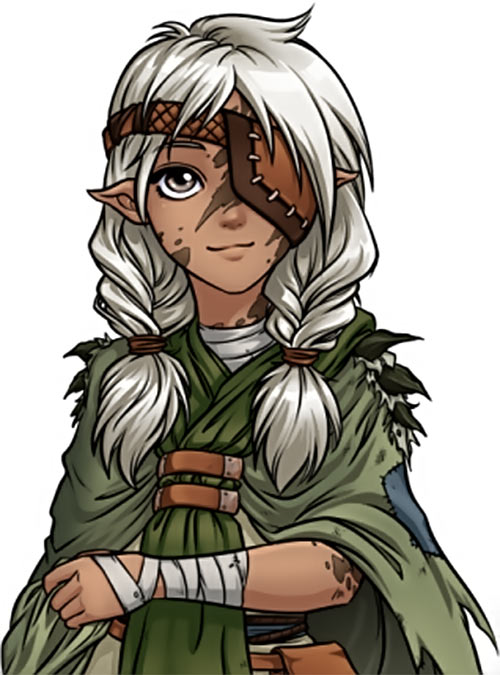 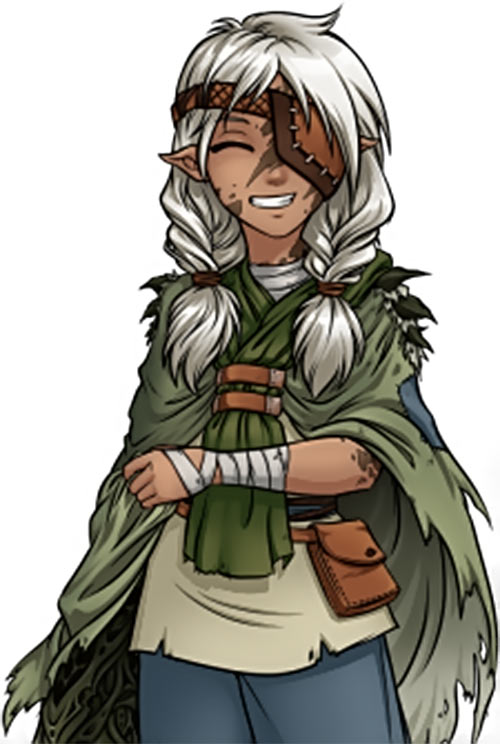 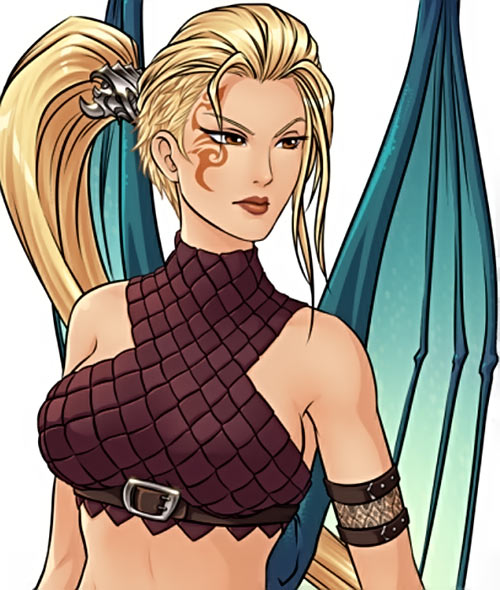 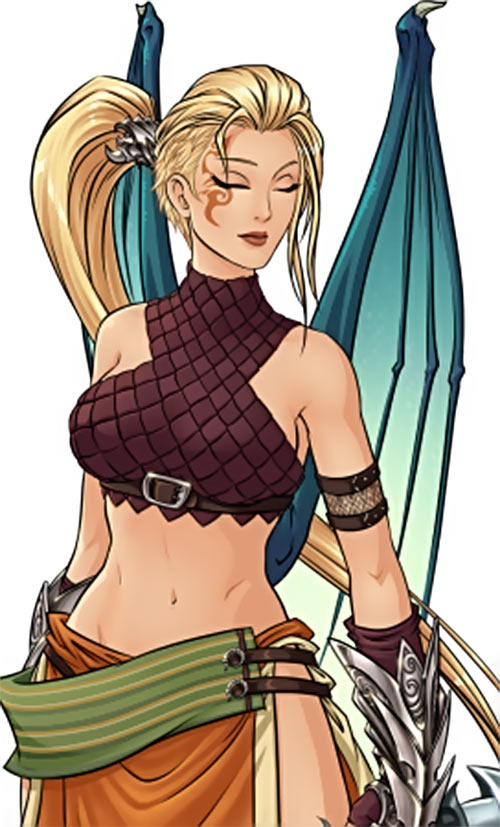