Slackjaw appeared in Spyboy comics. For context, we suggest that you first read our Spyboy character profile.

A humanoid shark, Slackjaw is large, has powerful teeth, and is super-strong. His strength is sufficient to hold back small planes.

Whether he has the ability to operate in the water is unknown since he is, unfortunately, hydrophobic.

Slackjaw was a Senior Chancellor of the Hindasti government, and overseeing their slave trade. His business was disrupted when Spyboy arrived to rescue his partner, Bombshell, who had been sold into slavery by an enemy. They escaped, and the enraged Slackjaw followed them.

Tracking them to Japan, he made contact with old ally Annie Mae. She supplied him with the giant Killadilla robot, with which he proceeded to wreck havoc on Tōkyō. His rampage was stopped when Spyboy & Co. arrived in another of Annie Mae’s giant robots, the Iron Giant Chef. Slackjaw was beaten, and forced to surrender in order to escape the ocean.

I once knew a respectable lady named Annie Mae

He later acted as Annie Mae’s bodyguard. At that point she worked with REMbrandt, who revealed himself to actually be Harm.

The partnership soon degenerated, and Slackjaw clashed with Harm’s flunky, the Apocalyptan Riproar. The shark-man lost the first bout, but then his blood rage kicked in and he mauled his opponent.

When Annie Mae summoned Harm’s sister Secret to battle him, Spyboy arrived with her. Slackjaw fought Secret, but the fight managed to dent the hull of the submarine they were based in. Yes, for some reason the badly hydrophobic shark guy voluntarily boarded a submarine. 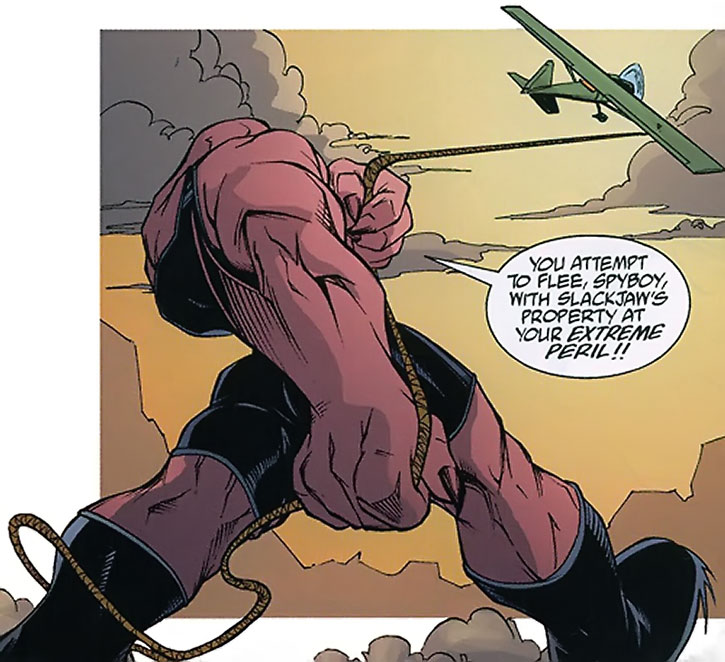 Fearless in battle, he’ll nevertheless take his time if his opponent is obviously superior, striking when he feels he has the best chance. However, if blood is spilt he immediately enters a blood rage, attacking his enemy with the intention of eating them.

Despite his general fearlessness, the sight of large amounts of water can send him into a panic.

Annie Mae: “You wish to destroy all of Tōkyō ?”
Slackjaw: “Yes. Level it.”
Annie Mae: “I was expecting something cunning, subtle, and understated.”
Slackjaw: “I don’t care about that stuff. I just want to annihilate stuff.”
Annie Mae: “May I ask why ?”
Slackjaw: “Not enough that you’re all befouling the air with your acid rain. But your nation is the largest number of hunters of my people. The seas have no reason to love Japan… nor do I.”

Bonuses and Limitations:
Growth is Always On and is already Factored In (-1). 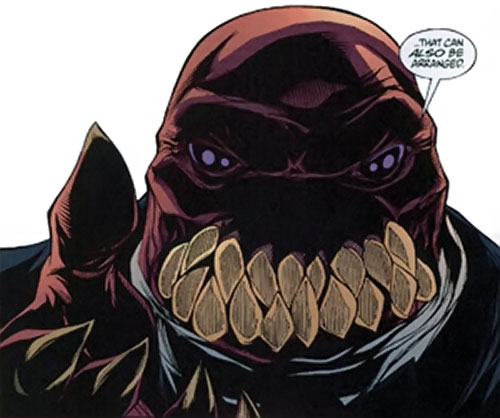 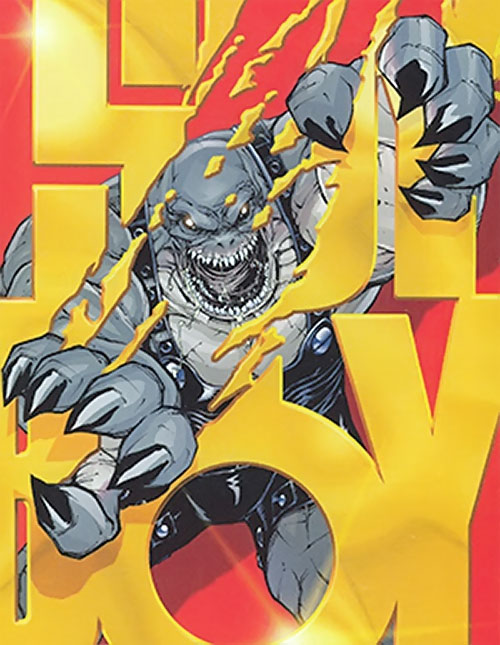