Slagg is a tall, muscular man who seems to be a trained soldier and mercenary.

He wears a suit of power armour . It likely has enhanced strength. But its main offensive abilities are high-pressure jets of flames that can be shot from the gauntlets. Those are powerful enough to engage superhumans or destroy small buildings. Slagg is an excellent shot with those. 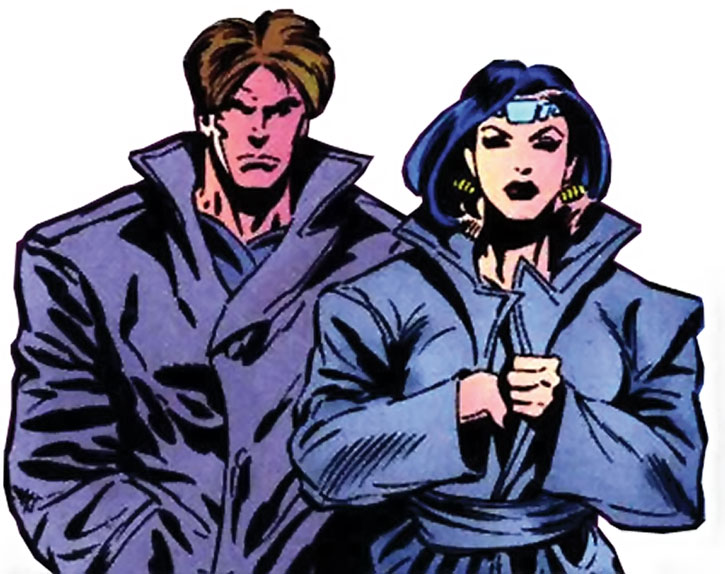 One panel can be interpreted as Slagg’s flame powers being innate.

Slagg is the husband of Coven. The mercenary couple worked for the vast criminal organisation of the Crimelord in the mid-1990s. That was during the general time of the war between the Crimelord and the alien Syndicate. 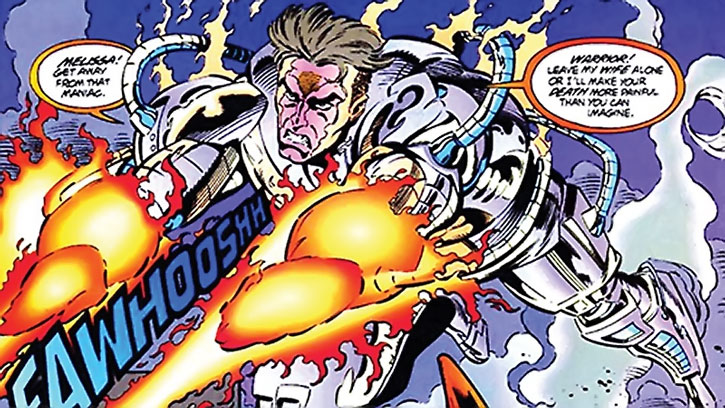 Though they generally operated as a duo of enforcers, they also were a part of the superhuman squad of the Crimelord, called the Force-Troopers. As such, they were deployed during the large battle in Dallas involving the Crimelord, the Syndicate, Checkmate, the Titans and the Darkstars.

Neither Coven nor Slagg have been seen since this battle.

Slagg seems to genuinely care about Coven, and they are protective of each other. He lets her do the talking and take the decisions, as she seems to be more determined, aggressive and resourceful than him.

Slagg and Coven serve the Crimelord in part because betraying him would result in the death of their relatives.

(After Guy Gardner slams Coven against a wall) “Hon, are you hurt ?” 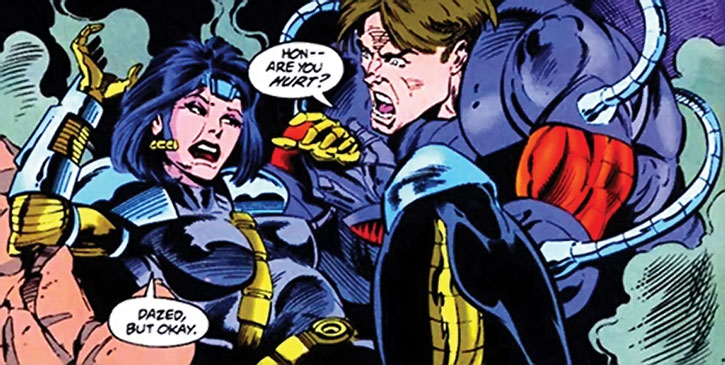 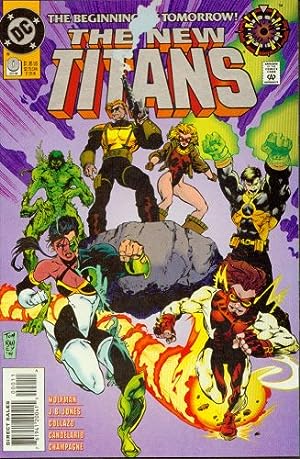