Favorite colors: Pink and yellow.
Favorite band: Anything by MLwtTKC  or the Genitorturers .
Hang-ups: Guys on steroids.
Pet peeves: Junkyard.
Current Job: Job ? Is that like people who mow lawns and stuff ?
Favorite movie: Charlie’s Angels: Full Throttle . Those girls are hot !
Favorite TV show: Anything on MTV.
Favorite foods: Meiji Wata.
Something no one else knows: I still sleep with the teddy bear I had when I was three.

Slamdance can effectively absorb any and all kinetic energy directed her way. She can then channel this energy into balls of concussive force that packs a wallop.

However, though she’s virtually invulnerable to kinetic energy directed at her, if she over does it, or tries to hold onto the energy for too long, her body rejects it. The energy is released in an explosive blast that can level cities leaving her drained and exhausted.

Yuko Mills is a petite Japanese-American teenager with a big secret. She possesses a bizarre mutant ability that allows her to absorb and store kinetic energy. She is effectively immune to all kinetic/ballistic damage, as she can absorb the force of the blow and then turn it back outward, amplified exponentially.

If she stores up the energy and it accumulates until she can no longer hold it in, it blasts outward in all directions, leaving her spent and exhausted. Needless to say, she’s got a destructive personality.

She dresses in a plaid mini-skirt, white short-sleeve blouse with her name and student number sewn over the right breast pocket, a girlish tie, knee socks, and combat boots.

When she goes on a rampage or throws a temper tantrum, she puts some thrashing mosh-pit style music on her iPod and literally bounces off the walls. She’s able to release pent up energy almost as fast as she builds it, destroying virtually anything she touches.

By Michael Babbitt and Chris Jones. 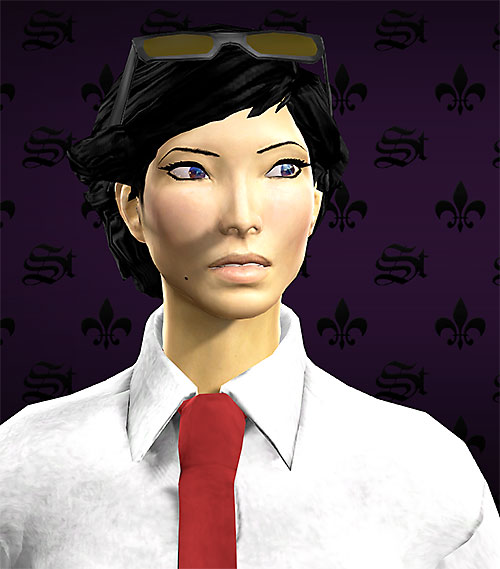