Slash is an obscure DC Comics character. She only appeared in one story, the 1988 Batgirl Special.

There’s no known tie with the previous Slash, a Lady Shiva enemy. Or the celebrated top-hat-wearing guitar hero .

There’s little about her. Her costume is kinda cool, yet even then it’s somewhat generic Bronze AgeSuper-hero comics from (roughly) the mid-1970s to the early 1990s. fare (she’s halfway between Magenta and Mindancer with bits of Black Spider thrown in, to stick with the 1980s Who’s Who).

But since the book’s open…

And heh, this makes Slash a good base for some original character development.

This profile is best read after the Cormorant character profile, which has additional explanations.

Slash is fast, stealthy, and collected. She has excellent accuracy with low-tech weapons. Essentially, she’s a ninjette type.

As a fighter, she seemed on par with late 1980s Batgirl (Barbara Gordon).

She carries at least 16 custom knives. As one can infer from the quantity, they are also balanced for throwing.

Why is she called Slash if she primarily stabs ? I don’t know. 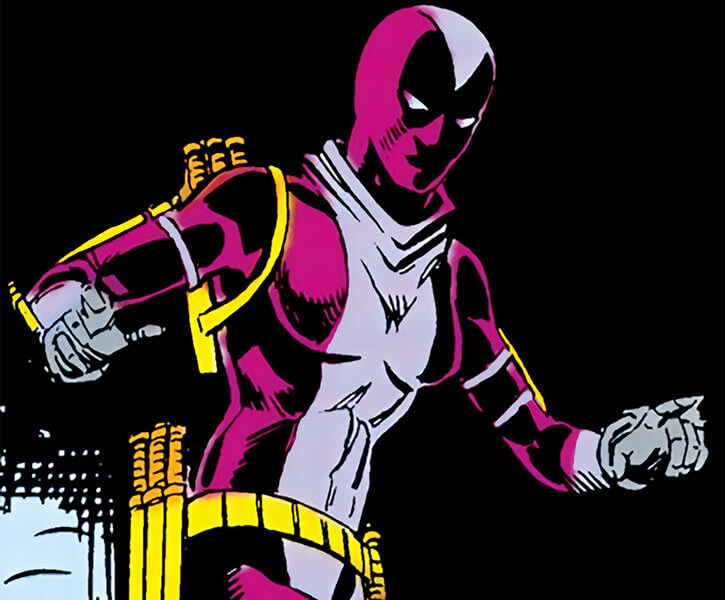 In unrevealed circumstances, Slash came to work with one Mrs. Wells.

Wells was the wife of the successful Gotham City hitman, the Cormorant, who often beat her. She and Slash shared an agenda of terminating serial abusers of women who, for whichever reason, weren’t behind bars. Mrs. Wells picked the targets and prepped Slash’s intelligence.

(There’s an implication that massive corruption in Gotham allowed serial rapists to go free even when a solid case existed. This presumably mostly worked for rich and/or connected people.)

In 1988, Slash became the newest killer vigilante to hit Gotham. She murdered unconvicted serial rapist David Scarano, the son of General Scarr, in the public library managed by Barbara Gordon. However, Gordon erroneously thought that the Cormorant had been the killer.

While she was after this red herring, Slash murdered one Mr. Iverson right on the street – then a third man. This created a lot of heat in the Gotham underworld. Somebody hired the Cormorant to kill Slash – and thus he became involved after all.

Overhearing, Mrs. Wells prepared a file for Slash to hit her husband before he’d come after the vigilante.

Meanwhile, Batgirl (Barbara Gordon) deduced the Slash’s next target would be one Anthony Catarino.

Catarino was placed under police protection, and Batgirl came in as reinforcement. But Slash nevertheless slew him. She also stabbed Batgirl in the shoulder so she could escape.

However, Babs’ cape took the brunt of it. Thus, when Slash came after Mr. Wells, Batgirl was already present.

As Batgirl refused to let Slash kill one more person, the situation went bad for everyone involved. Batgirl threw one of Slash’s own knives into Slash’s shoulder to save Cormorant’s life. But before passing out, Slash picked up one of Cormorant’s guns and shot him dead, saving Batgirl’s life.

An ambulance came in time to save Slash’s life, and she was arrested. The police also escorted Mrs. Wells out, but presumably as a witness.

Slash was never seen again. However, in 1992, a similar character called Pagan (Marian Mercer) emerged in Gotham. Perhaps there was a connection. Or perhaps it’s just the old “no justice no peace” truism at work. 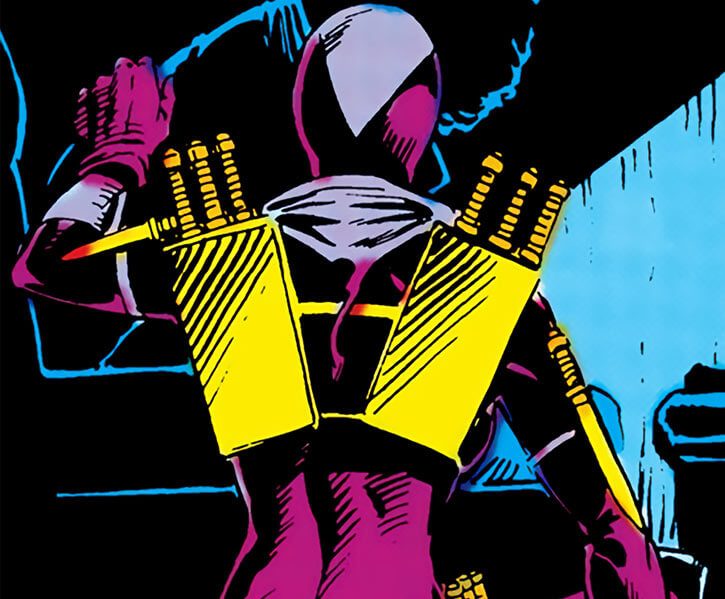 Slash blames The Patriarchy™ for endlessly victimising women and preventing them from standing together. But she operates on a small scale by removing women-hating predators, in an attempt to save some lives.

Slash will attempt to protect women’s lives in almost any circumstance. Even if said ladies are trying to stop her.

She doesn’t trust the courts or police in any way. Presumably because the odds of sexual assaults being punished are exceedingly low. One gets the impression she’s seen loved ones suffer from this.

Slash has a tendency to naïvely trust women, just because they are women. Either that, or something in her past means that she had reasons to trust Batgirl.

With each kill, she made it certain to tell her targets why they were dying, and in the name of which specific victims Slash was killing them. But she did that *after* stabbing, while her victim was bleeding to death. She’s pragmatic that way.

“Stay back, Batgirl. He’ll just have a slower death if you interfere. Wouldn’t want that on your conscience, would you ? I know you have one? You’re not like the others — pounding and fighting for their own glory. You care.”

“Men want women to be weak, defenseless ! I can’t allow that ! I have to fight for them — I am their only protection — and I won’t let you stop me ! If you had seen Crystal, seen what he’d done to her, you’d understand. No one who has felt that kind of pain can let it continue.”

I’m using the Batgirl stats in the 1989 Batman Sourcebook as the benchmark, since she and Slash seemed about as good.

But I am assuming that Babs had slightly lower stats and lower HPs in 1988. Though it’s odd that the Mayfair version gives her no Martial Artist…

Almost everything that is not benchmarked against Batgirl is assumptions. Especially Detective, which is but implied. The rest is demonstrated, but at unclear APs. 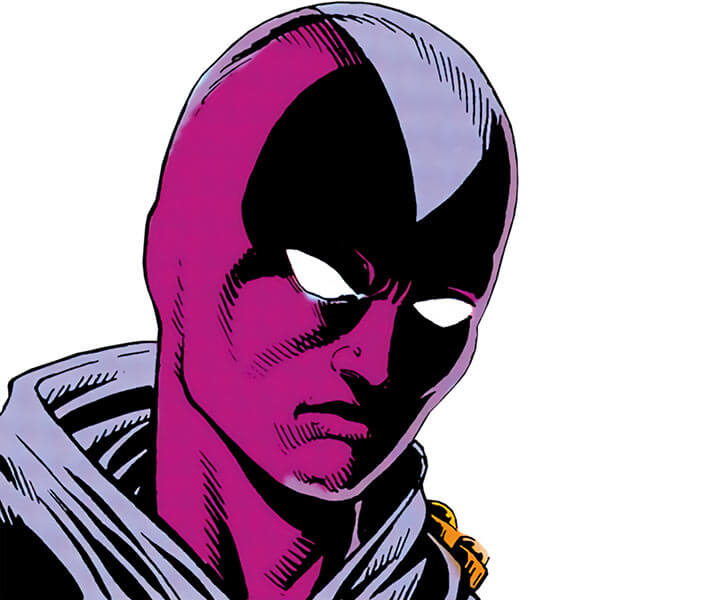