These blokes fought Harley Quinn and Poison Ivy once, in a 2004 DC Comics book.

They appear for but a few panels, but look like convenient stock comic book killers.

Slash wears a reinforced chainsaw over his left hand. Or it might replace a missing hand (à la Ash in Evil Dead II). This deadly weapon could saw through armour plating.

Burn wears mini-flamethrowers on his wrists, hooked to a tank on his back.

Both seemed to be strong men with good fighting skills, with Burn being particularly large and tough.

Slash and Burn were but briefly encountered in the jungles of Costa Verde by Harley Quinn and Poison Ivy (Pamela Isley). They has been hired to illegally clear a forested area and eliminate witnesses and interlopers. 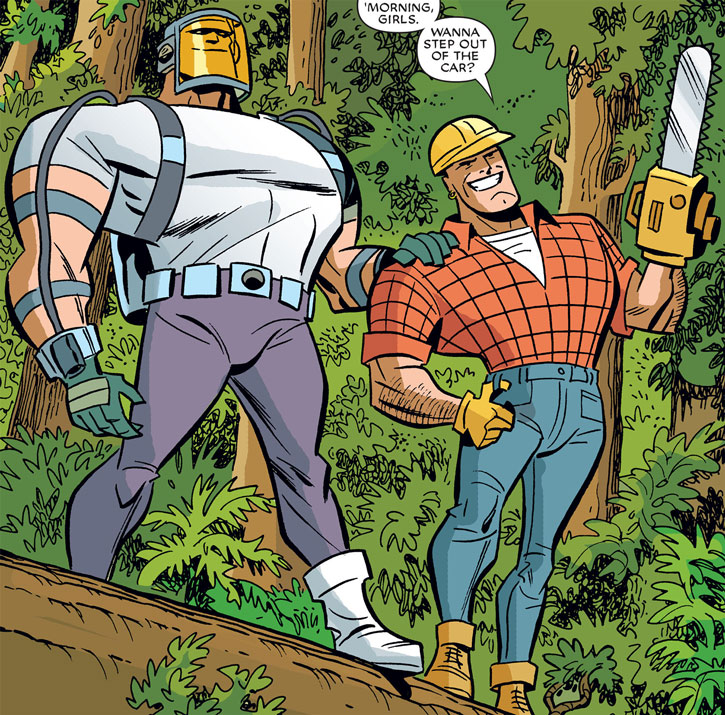 Quinn and Isley narrowly beat them, and possibly killed them. Slash and Burn were not seen again.

Slash and Burn seem to be experienced and confident mercenaries, and appear to be a couple.

Bonuses and Limitations:
Slash can only his full APs of Claws if bracing himself and chainsawing an immobile object. If both conditions aren’t met, he can only deploy an EV of 06

Writeup completed on the 3red of January, 2015. 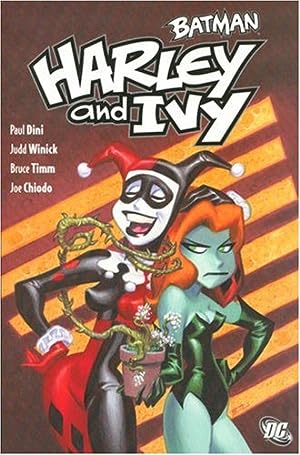