This bloke appeared that one time in 1976, in Richard Dragon: Kung Fu Fighter.

He’d be negligible, but he *did* credibly fight Lady Shiva in sword duels. Now *that’s* noteworthy.

Slash is an highly adept swordsman, wielding his machete with one or two hands depending upon circumstances. He’s good enough to survive more than a minute in a sword duel with Lady Shiva, although this completely exhausted his Hero Points .

He’s also ruthless, as well as quite large and intimidating.

Slash, presumably of Southern American or Latin American origin, was a modern-day pirate operating in the Pacific. He somehow possessed a giant magnet mounted on an articulated arm, which could be used to disrupt the instruments of plane at a range of two miles, forcing them to land. He and his men would then loot them.

Slash’s band thus forced a plane of the organisation G.O.O.D. to crash-land. But before it did, the plane dropped the recovered atomic bomb it was carrying into the island’s volcano. Unaware of this, the looters approached the plane – however, it also carried Richard Dragon and Lady Shiva.

Dragon went after the atomic bomb, while Shiva sheared through the ranks of the attackers. Impressed, Slash defied her, forbidding his followers from interfering.

It soon became apparent that Shiva was better than even Slash, though. Revolted at the notion his chief might lose to a woman, one of the men threw a stone in Shiva’s temple, knocking her out. In return, Slash killed him. Meanwhile, Dragon forced the operator of the magnet to recover the atom bomb and drop it in the bay so it would cool off.

The magnet passed above Slash as he was interrogating his prisoners, and attracted his machete. Knowing he was out of Hero Points and Shiva would soon be free, Slash clung to his sword until the bomb was dropped in the water, escaping by swimming underwater.

After a full day of swimming, Slash was picked up by a small fishing boat, which he commandeered. He then sailed to New York City, thirsting for revenge.

After investigating, he sent a machete-wielding cyclist kill two of Dragon’s students. He knew that would result in response from Dragon and, presumably, Shiva. He was right, and soon Dragon and Shiva barged in the cove where he had established his new pirate base.

Although Dragon an d Shiva easily cleared his henchmen, they fell in Slash’s trap. Shiva was caught in a steel net and heaved in the air. Slash’s remaining men then triggered magnesium flares, blinding Dragon. Despite this advantage, the blind Dragon scattered them.

Slash engaged him, but Dragon, still blinded, lulled him into a pattern while defending himself with an anchor, then kicked him out. Both Shiva and Slash were disappointed they didn’t get to cross steel again.

Slash wasn’t seen since. There’s a possibility he did get his wish of meeting Shiva again, likely with fatal results.

Tough, mean, scary, ugly pirate. He wants to be called plain “Slash” (not “mister” Slash). He is particularly proud of his swordsmanship, wanting to prove he’s the best.

He also seemed to be attracted toward Shiva, like most everybody else.

“Hear me, followers ! Do not interfere ! Let this contest be between her and I ! It has been years since I had a worthy opponent !”

When engaged in a formal sword duel (and possibly in looser conditions, depending on Genre), both opponents can use their Weaponry (melee) score as both their AV and OV, as they go blades a-flashing and steel a-clashing.

Advantages:
Language (Spanish – they mysteriously all are quite bilingual). 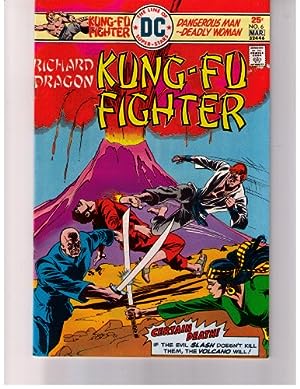 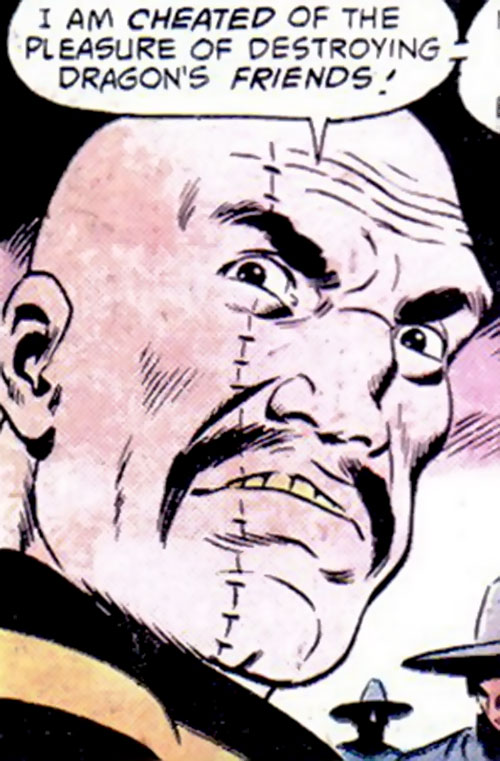 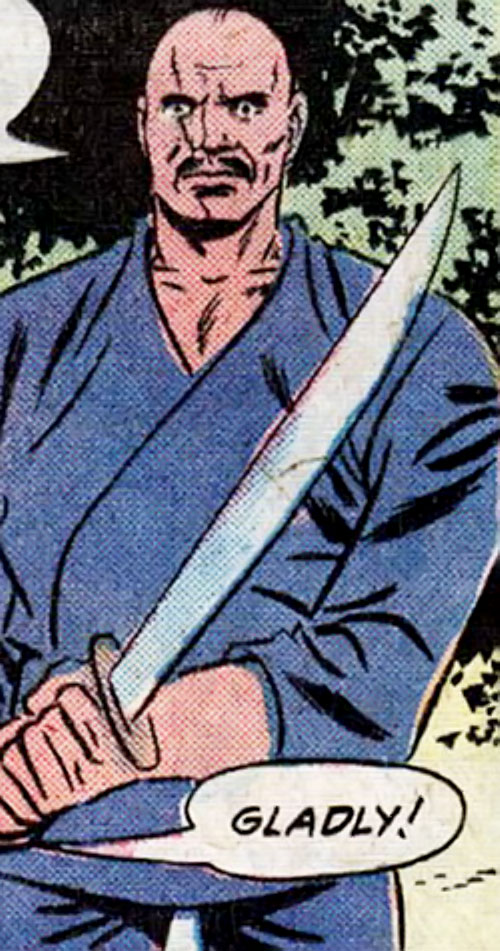