Though he’s not as dangerous as he will later become, Slaymaster is a master martial artist, assassin and weapons specialist with extensive access to advanced technology.

Most contracts are too easy for him. Therefore, he enjoys spicing things up, adding to the difficulty to prove that he’s smarter than his opposition and the police.

He may be the designer of the technology he uses. It’s implied once, but that remains unclear.

Slaymaster already had a career as a mercenary and an assassin in the UK and abroad by 1977. He reputedly learned his trade in Africa, Việt Nam and the Middle East.

His first documented contract was a series of assassinations and thefts in the UK for shipping magnate Konrad Kharkov, who wanted to procure world-famous collections from their wealthy owners.

To spice things up, Slaymaster themed the killings on the last name and occupation of each victim. Sir Thurlow Archer, a collector of rare weapons, was killed with a bow shot. Major Jock Gunn was killed when the pistol he used to start races was booby-trapped, etc.

Captain Britain (Brian Braddock), then inexperienced and mistrusted by the police, tried to stop Slaymaster. But he kept failing, though he did come close to ruining his plans almost every time.

Catch me if you can

Slaymaster captured Britain in his sewer base. He left him in a deathtrap involving a shark. But our hero escaped and determined who Slaymaster’s employer was.

Captain Britain stormed Kharkov’s yacht, running into such issues as a robot octopus and the obligatory tank full of hungry piranhas. Meanwhile, Kharkov offered the best stolen collection pieces to a variety of wealthy foreign collectors, in exchange for promises to harm British economy.

However, Kharkov foolishly tried to kill Slaymaster rather than pay him. He was swiftly slain in return. Minutes later, Captain Britain rushed in. During the course of this fight Slaymaster was thrown overboard, right into the pack of sharks eating Kharkov’s body.

Slaymaster was believed dead. But he actually spent five years reinventing himself as an even deadlier, gimmicks-free assassin. This reinvented killer would eventually come back to confront Captain Britain – with dire consequences.

In the 1970s, Slaymaster wore a costume that looked almost halfway between Bull’s Eye’s and Bullseye’s, plus Errol Flynn’s facial hair. He occasionally smoked cigarettes.

A Silver Age -ish, campy, moustache-twirling comic book assassin. He is out to prove his superiority in terms of both skill and intellect.

He does the campy themed murders, the deathtrap thing, etc.. Think of a late 1960s or early 1970s Batman villain and you should be close.

1970s Slaymaster sees himself as a dashing, charming but deadly rogue… and the deadliest assassin on Earth.

“I could easily have killed Captain Britain ! But it will be more amusing to match wits with the UK’s superhero — as he vainly tries to stop the master assassin of our time !”

“You’ve been outfoxed, chum ! And this is only the beginning !”

“These explosive bullets will atomise even steel !”

“You may well ask, my blundering friend ! You are now in a London sewer main ! At the mercy of the world’s foremost killer !”

“Surprised to see me still standing ? Fool, did you think the world’s greatest assassin would fail to wear bulletproof gear ? You money-grubbing berk ! While you were cheating for the soft and easy life, I learned my trade of killing in Africa, Việt Nam and the Middle East ! And now you’re going overboard to feed the sharks !”

Drawbacks:
SIA toward Demonstrating his superiority.

Aside from this arsenal, Slaymaster used a very wide range of situational gadgets, robots, vehicles, etc. during the 1970s. Documented examples of mission-specific technology include:

The MINIVEHICLE will often be parked near a theatre of operations, where Slaymaster can reach it quickly via Jet Belt. Thus it can be used to flee, or to come back with more firepower, as appropriate.

LASER PROJECTOR [BODY 02, Illusion: 06, Range: 10, Limitations: Illusion has no Range, use the listed Range instead ; Illusion only of subjects filmed in a special studio with lasers, such as an image of a flying Slaymaster.]

This sophisticated projector can remotely create realistic holograms of pre-captured subjects. Slaymaster used it to attract Captain Britain to the place of his next murder by projecting an image of himself flying to a carefully-chosen spot.

This creature is faster, bigger and much more venomous than normal.

The SKULLS blast targets unconscious, while the SNAKE surges from a manhole, grabs stunned people in its jaw, and bring them to Slaymaster. Bases also usually include a getaway motorboat and the nigh-mandatory pool with a killer shark to dispose of prisoners (in London, it was a grey nurse shark). 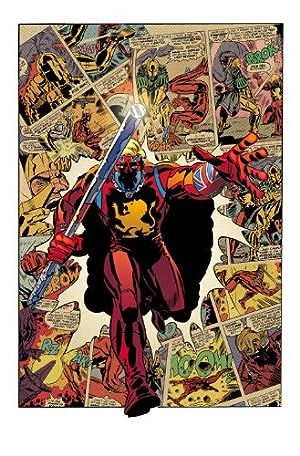 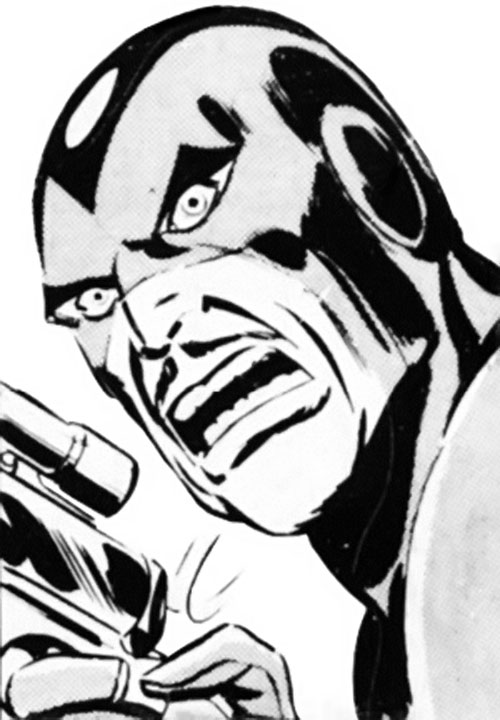 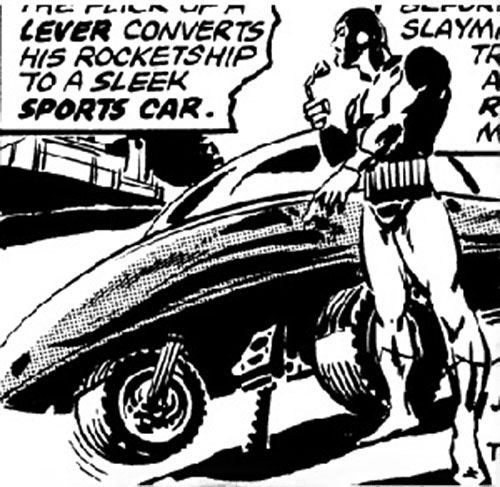 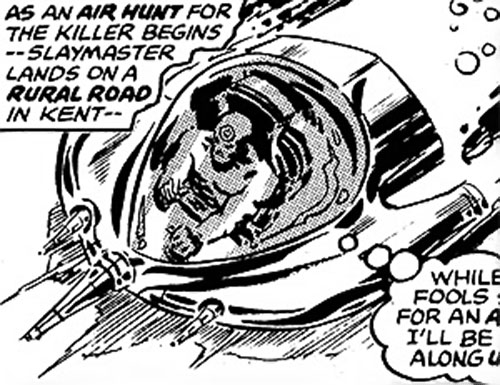