Of course, TV and movie cops have long since caught up with Sledge Hammer, as have some real-world cops. Which is why over-the-top parody always fail in the long run.

Sledge is a gun-toting maniac. And he’s good at what he does. What he totes is a customised S&W .44 magnum Model 629 named Gun, with a 8⅜” barrel, chrome finish and what seems to be a ivory grip.

The one-minute intro to the show.

Inspector Sledge Hammer was the sort of cop with no respect for criminals, or their rights. He practices shooting all the time (including at the office and at home—in his apartment building !).

After he got divorced from his wife, he went further over the edge—firing warning shots at jaywalkers and interrogating suspects by dragging them around parking lots from a moving car.

For this, he was put on suspension until the mayor’s daughter was kidnapped. Err, the mayor requested him back—the kidnapping wasn’t a precondition for his return.

On the way to his first day back at work, he stopped a sniper by shooting a LAW (stored in his trunk) at the building and blowing it up…

Hard man on the job

From there, he was partnered with Detective Dori Doreau, specialist in terrorist psychology and defense tactics. The two worked for a year together on many projects. Hammer and Doreau:

This continued up until a nuclear bomb was placed on top of City Hall by a terrorist faction. Hammer went to defuse the bomb, with his (in)famous “Trust me, I know what I’m doing,” and…set of the bomb, destroying the city…

Oh, and Sledge was married for a few years to a woman he apparently didn’t care for. She ran away with another man—a member of the Peace Corps, claiming that he was more sensitive than Sledge (as if…).

Sledge is an averaged-height blond man, with a somewhat bulky build, who wears the “80s suit” (slacks, a striped shirt, a sport jacket, and a tie—none of which necessarily matches) and a pair of Ray-Ban sunglasses.

He always (including showering and such) wears his shoulder holster, usually with his gun in it (except when he sleeps—the gun gets its own pillow).

He is *the* original gun-toting maniac. Modern gun-toting maniacs look to Sledge for inspiration. He likes guns more than people, shoots whenever he gets the chance, and loves (and carries) all sorts of other violent and dangerous weapons. Nothing can get between he and “his amigo” (the gun), however.

With a flippant “Trust me, I know what I’m doing,” Sledge will walk into any situation, no matter how dangerous or stupid (trying to defuse the bomb comes to mind immediately).

If enraged enough, however, he is able to do just about anything (hence the Omni-Power—I’ve seen him spontaneously learn to sing, dance, and do acrobatic flips, that I can remember—almost all because someone called him a wuss).

A sample interview with Sledge Hammer:
“Well, miss, I was in this store, when two thugs entered, and threatened the owner with shotguns. At that time, I drew my magnum and killed them both, then I bought some eggs and some milk and… some of those little cocktail weenies.”
“Inspector Hammer, was what you did in the store absolutely necessary?”
“Oh, yes. I had no groceries at all.”

“Why that no-good, yogurt-eating creep…”

Don’t laugh too hard, I’ve done it. He was a rival to a one of the PCs.

Anyway, Sledge would probably work best as the freakiest member of a city’s SCU. If I had to pick a city, I’d probably go with Washington, D.C., the apparent home of freaky SCU guys (Sal, from Hawk and Dove, for example—maybe with Sledge on the team, he’ll finally get his helicopter…).

He would have been a contact on the SCU for Hawk, and Hank probably tried to set him up with Dawn at least once. And, if you’re really ambitious, you can add John McClane to the team, too…

Bonuses and Limitations:
Omni-Power only mimics Skills, and can only work if Rage has been activated. It is also Fatiguing.

Advantages:
Credentials (Low), Iron Nerves, Luck, Scholar (guns), Misc (If surprised by someone behind him, Hammer automatically gets to throw his “assailant” to the floor. “Sorry. That was reflex.”).

Oblivious—it’s the opposite of Sharp Eye, discussed recently on the list. Worth about 20HPs, it gives a 1CS Penalty to all Perception Checks, and causes the character to occasionally forget or ignore important facts and clues.

Source of Character: His TV series.

Helper(s): Jobe, Roy Cowan. The current pictures were taken from the IMFDB  screenshots as I can no longer generate original screenshots for that ancient writeup. 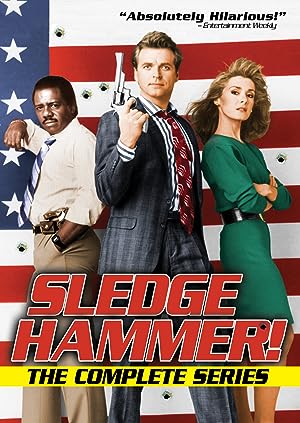 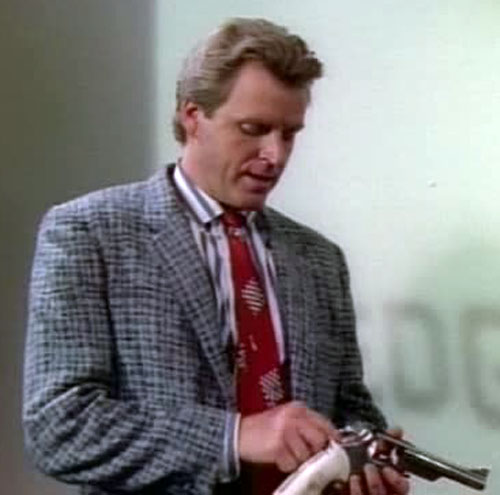 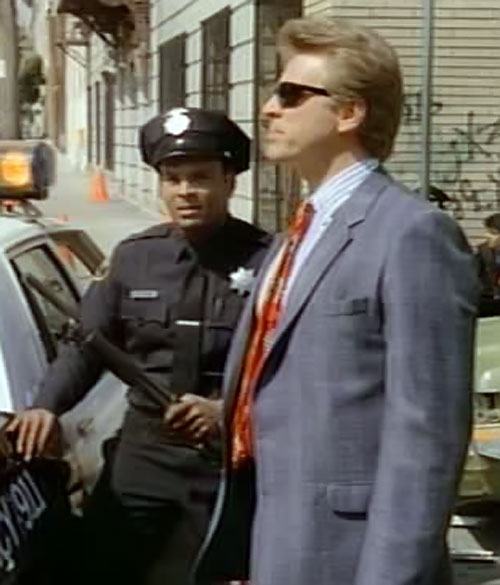 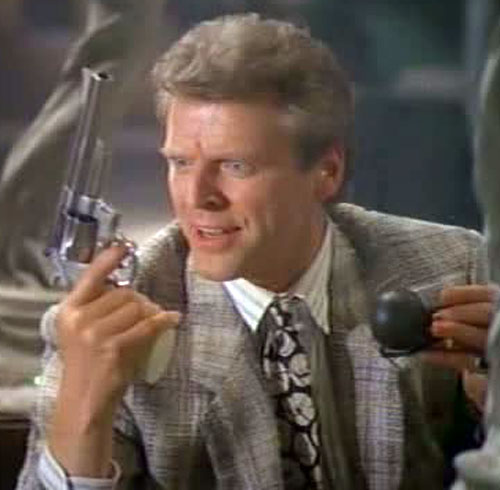 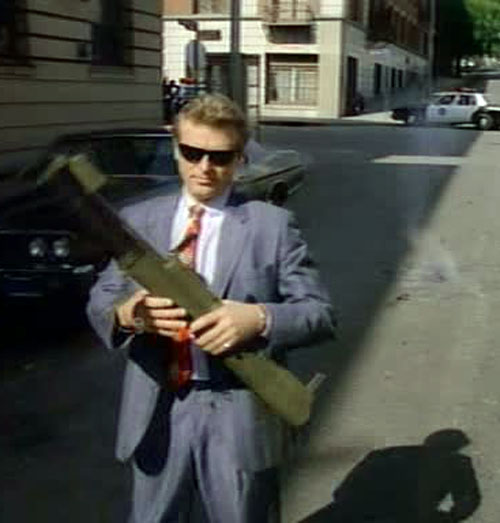 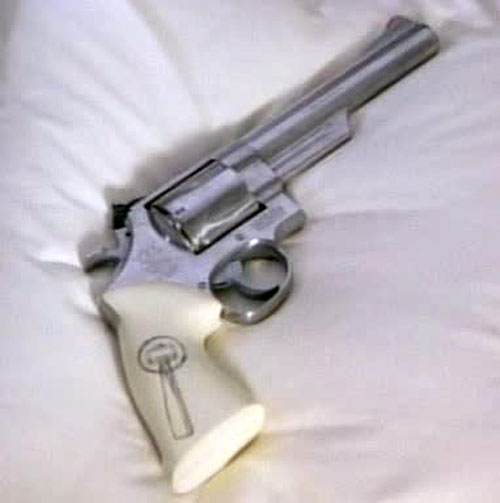