Slipknot is a gifted athlete, acrobat and fighter. He’s a match for pretty much any acrobatic super hero in prowess, and a strong opponent even for highly experienced fighters and martial artists.

His signature weapon is both original and quite effective. He wields lengths of reinforced ropes infused with a special, very strong adhesive of his own devising. Those “sticky ropes” are used as grappling tools in melee, as whips, as lassos, etc.

Slipknot’s costume, especially the gloves, is treated so his ropes will not adhere to him.

When working for a chemical company in the southern USA, Slipknot developed a new type of adhesive, which he now uses on his ropes. Where his physical prowess and skill with ropes comes from is unknown.

He was sent by the 2000 Committee to kill Firestorm while the Committee’s agent captured Firehawk. Firestorm defeated him and rescued Firehawk. Slipknot returned when contacted by Multiplex to form a coalition of villains to take on Firestorm and the Blue Devil, and ended up in police custody.

When Firestorm went rogue months later, the government’s Task Force X scoured the jails. They assembled a team of ex-Firestorm opponents to capture him. This detachment clashed with the Justice League in Times Square, and Slipknot was captured by Mister Miracle.

Slipknot was drafted in the Suicide Squad for Operation : Manhunter. However he thought that the explosive bracelet that was clamped on each prisoner to ensure their obedience was a bluff. It wasn’t, and Slipknot’s hand was blown away. He was returned to the Belle Reve prison.

Slipknot is used to be superior to everything. He is very confident and a braggart in most situations, especially when winning a fight (he’ll spend Hero Points  normally during that time – in DC Heroes terms he does not have the Overconfident Drawback).

This may result from psychological overcompensation, however. Slipknot is very bad at coping with defeat – so bad that his defeats at the hands of Firestorm made him an alcoholic.

Drawbacks:
SIF of defeat (see below), SIA to Alcohol, SPR (missing left hand). The last two Drawbacks may have been cured since.

The jaws of defeat

Slipknot has psychological problems, which may surface when it is obvious he’s about to be outmatched. His SIF should then be checked, and checked again each time his situation takes a definite turn for the worse.

The SIF makes him act in an irrational, mostly cowardly way, as he starts breaking down and entering a losing mindset. He’s also likely to feel too inhibited to spend HPs in such a state. 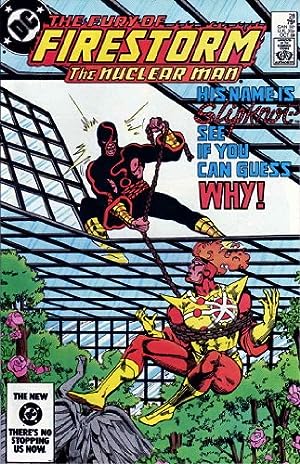 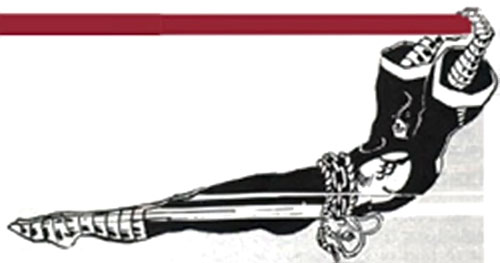