Sliver is a highly trained fighter and acrobat. She fights with a couple of large spikes attached to the wrists of her costume.

Sliver is a native of an alternative reality, whose Earth fell victim to the madness of its Sersi. She was saved by Proctor, who claimed his reality had also been a victim of his Sersi. Proctor recruited her into his second team of Gatherers, to hunt down and stop the Sersis of other dimensions before they did the same to their worlds.

Some travellers to alternate realities have trouble physically adapting to a dimension where a version of them already exists. They can be left disoriented and weakened. Proctor discovered the ’Gathering‘ ritual as a way around this. It involves locating the traveller’s counterpart and killing them. 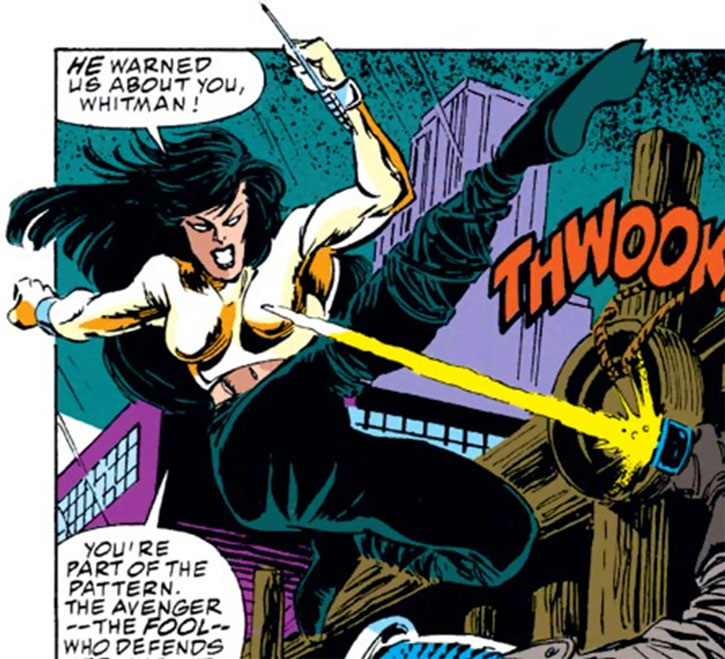 While Proctor was advancing his machinations against Sersi, some of his new Gatherers attacked the Black Knight and Sersi, without his permission. When the battle turned against them, Proctor teleported them away, and castigated them for their actions.

He soon confronted and captured Sersi, bringing her to his secret base, where he revealed to her who he was and how he had caused her breakdown.

Proctor moved his machines to the middle of New York, where he activated the machines, using the captive Sersi and Ute as power sources, to begin the collapse of reality. The Avengers rushed to the scene, and clashed with Proctor and his Gatherers.

Calm and professional, Sliver focuses on her goals, and lets nothing get in her way.

The Gathering would probably work better in the DC Universe, where it’s already established that travellers in Hypertime  cannot survive on a world where a counterpart of them already exists. Substitute Zatanna for Sersi, and the Justice League for the Avengers. 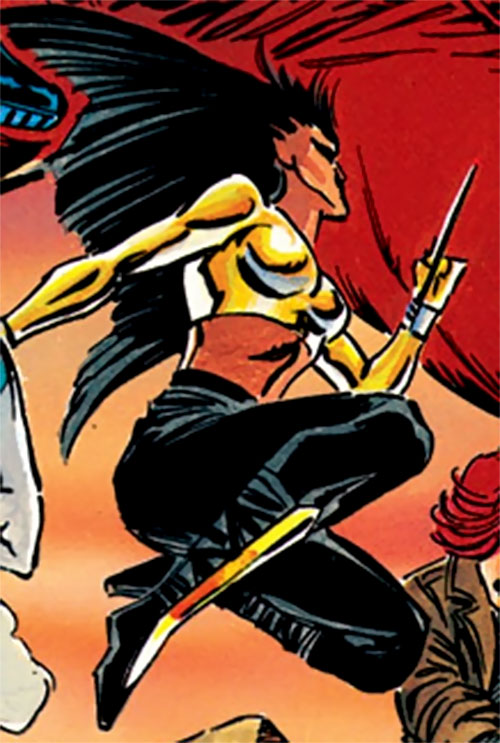 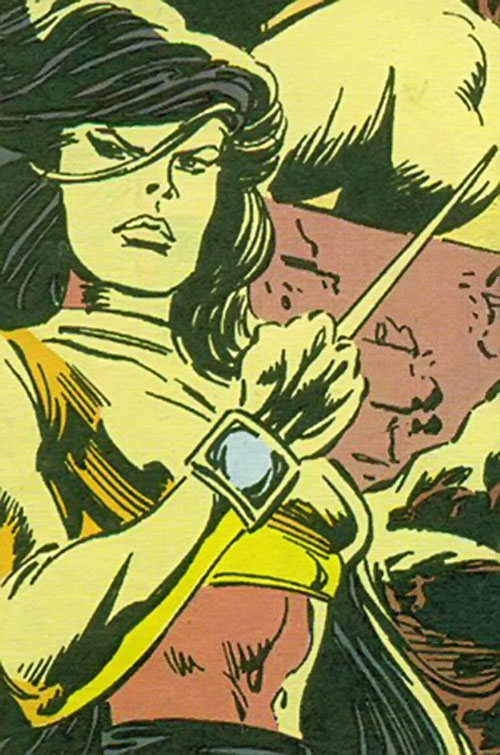