Slyfox is a competent gunman, wheelman and athlete.

He can accomplish daring, sophisticated heists – as long as he works with a competent crew.

As a fighter he is able to engage police, thugs and the like with a clear but not overwhelming superiority.

Slyfox is an underworld mercenary, bank robber and general man of action. He operates on the East Coast – occasionally including Gotham.

Slyfox has built a reputation with the mob, and is often considered a good hire. Especially when one is looking for loud and flashy.

Slyfox seems to specialise in heists. He conducts these with his own crew of experienced, professional criminals – mostly technical types. These heists seldom are major scores, but are competently executed and have a cinematic brashness to them.

In 1996, Slyfox was hired for a big time score along with three top specialists – Catwoman (Selina Kyle), Mouse and Giz.

He was a constant nuisance with his ridiculous passes at Catwoman. But he performed ably as muscle and kept the opposition busy.

This lucrative operation apparently wetted Slyfox’s appetite. He soon went for bigger scores than his usual fare, even including jobs in Gotham.

The first such heist, whilst competently executed, didn’t work out. The loot turned out to be a huge collection of rare baseball cards — far too many to be carried outside of its vault.

The next operation targeted an insurance company, to steal files about high-value homes and how they were protected. However, Slyfox and his men ran into Robin (Tim Drake). They were arrested despite their spectacular use of getaway vehicles built to dart within unused sewer tubing.

In 1998, Slyfox attempted another Gotham job. He hired Echo and Query to help him recover a vault from a ruined building.

The three criminals were quickly defeated Nightwing and a Batman from the very far future. 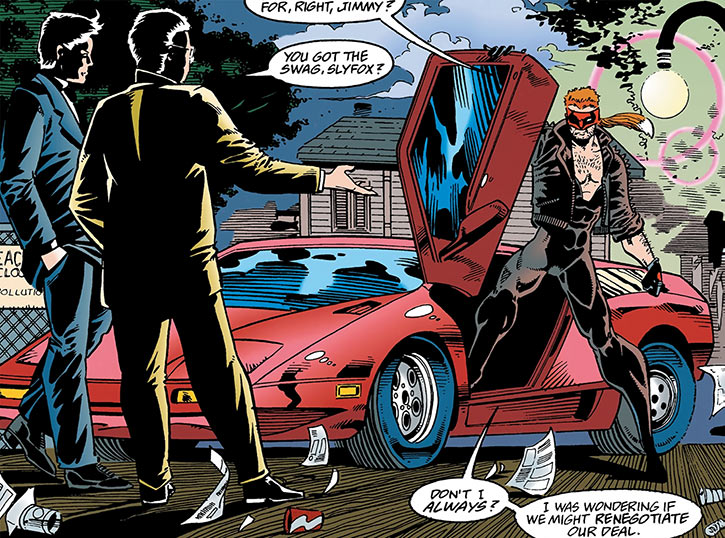 In 2001, Slyfox angled to swipe loot from Catwoman. Howbeit he and his crew accidentally ran into Batgirl (Cassandra Cain). While fighting in Catwoman’s apartment, Slyfox fell into a pit trap and broke a leg.

He has not been seen since – but has been undoubtedly up to no good.

Slyfox smokes from time to time, and wears too much aftershave.

And yes, the tip of his 1990s tough guy queue is bleached white to evoke a fox.

Slyfox, despite his over-the-top monicker and outfit, is a competent and experienced operator.

He knows how to conduct heists slightly below the level of what you might see in a movie, and can do quiet and smart when needed. However he prefers to go macho, loud and flashy — and thus acquired a reputation as a loose canon. 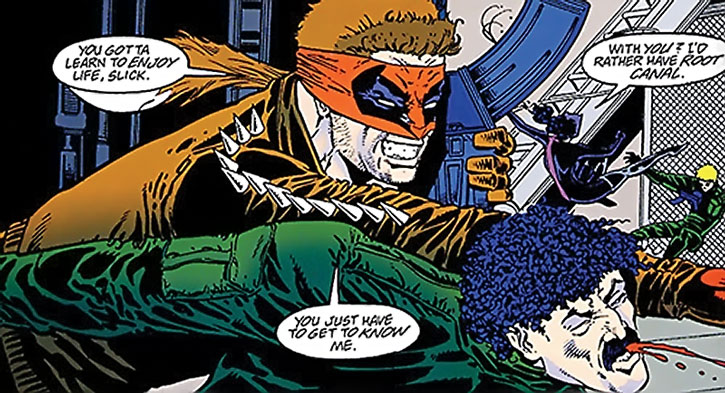 Beyond cash and thrills, Slyfox’s big weakness is hot women. The more attractive they are, the more he behaves in a lowbrow, infuriating, slimy way. Being in Catwoman’s general vicinity made him downright unendurable.

For Slyfox, there’s no honour among thieves. He makes rational decisions and doesn’t gratuitously kill people. But if double-crossing and/or killing people is worth it and isn’t likely to have grave consequences (such as making hard to find a crew or an employer), he’ll make that call.

“I know what you need, slick. You need a real man.”

“This is the kind of action you like, slick ? You’re diggin’ the rough stuff, am I right ?”

“Okay Skeeter, go for the candy.”

Drawbacks:
Secret Identity, MIA toward Action and violence, MIA toward Women whom he finds attractive.

Writeup completed on the first of August, 2010. 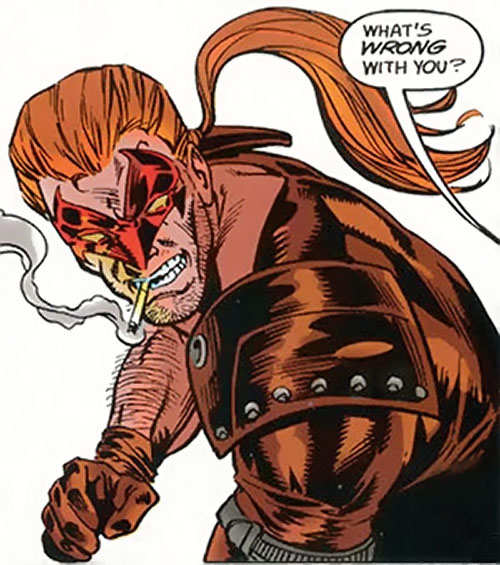 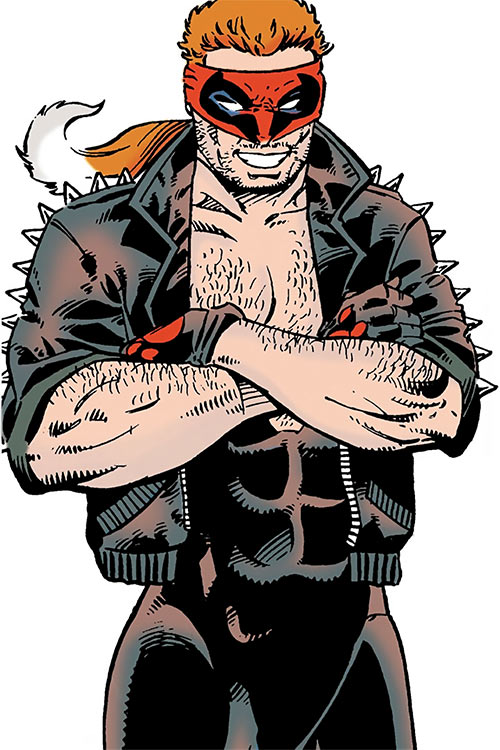 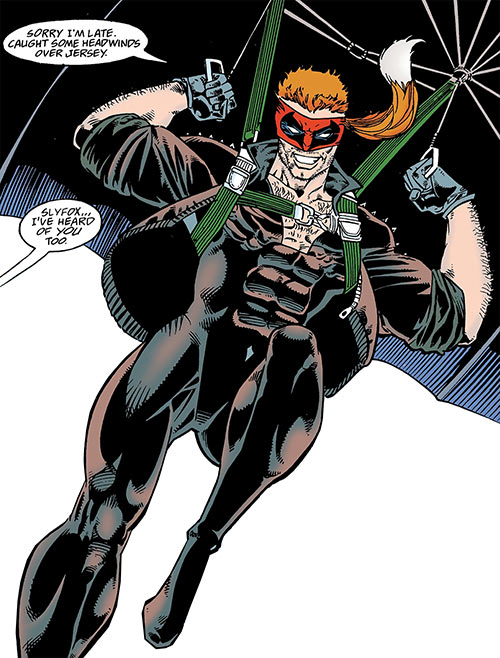