Smasher is extraordinarily strong, and a formidable street fighter.

His performance in the book was all over the map, but our game stats are somewhat generous.

Smasher belonged to the Committee, a small gang of destitute street criminals. Though impoverished, they had various talents. Thus, one of them developed a chemical that made people blind.

Smasher came up with a plan. They poured the liquid in the reservoir, then robbed New York City blind – whilst New Yorkers were blind.

When they ran into Daredevil (Matt Murdock), Smasher defeated him by clubbing him from behind. DD survived and came back with four other blind New Yorkers, who weren’t as disoriented as the rest of the population. Together, they defeated the Committee.

Meanwhile, the effects of the chemical faded out citywide.

Smasher seems to have a near-zero level of education, and to lack any significant intellectual acumen.

Smasher: “As chairman of this here committee – I nominate me as treasurer. An’ I keep all the dough in escrow, see ?”
Another guy: “Huh ? What’s escrow ?”
Smasher: “Who knows ? I look it up in a book.” 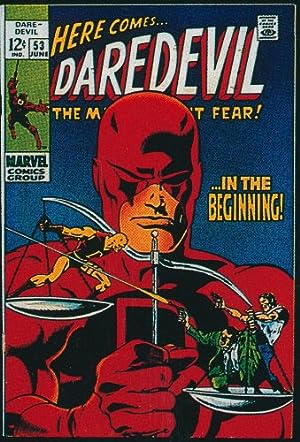