Smasher is a superhuman powerhouse and a highly skilled warrior. He has proven able to survive atmospheric reentry on Earth, although that left him severely wounded. He can engage major bricks  in combat.

At one point, his goggles were replaced by a powerful device called Exospecs. With these, he can download powers into himself to handle crises. He could download “penta-vision” with relative ease (in DC Heroes RPG terms, Acuity), and a “resistance trait” (presumably Skin Armour or Invulnerability) when he crossed 4-space.

Smasher is one of the elite praetorian guardsmen of the Shi’ar empire. These handle critical missions and protect the Emperor. He has been a member of every major appearance of the Imperial Guard.

When the Shi’ar Empire was devastated by Cassandra Nova, Smasher was the bodyguard protecting the Majestrix Lilandra. She ordered him to teleport to Earth as the flasghip was disintegrating under Nova’s assaults.

This jump was possible since Smasher was one of the few beings who could survive entering 4-space without a spaceship, plus the subsequent atmospheric re-entry on Earth. But even Smasher needed his Exospecs to make it alive.

Thus, when Lilandra was possessed by Nova and ordered the rest of the Guard to attack, the badly wounded Smasher was already on Earth. It was thus possible for him to convince his colleagues that something was wrong with the Majestrix, halting their attack on the Xavier school.

Smasher seems to be completely human-looking, except perhaps for his eyes. His early costume had a LSH-style symbol on the chest, while his later costume is more reminiscent of Nexus.

A proud, aggressive soldier with a definite “semper fi” attitude. Even beyond his exceptional loyalty to the Shi’ar throne, he has a strong esprit de corps . He particularly dislikes anybody who defeats a fellow Guardsbeing.

Like most Shi’ar, he considers Earth people to be inconsequential primitives.

He’s generally very proud of his powers and confident in his might – to the point of occasionally being a show-off. He usually just wades in and punches everyone out, and is not used to having to use more sophisticated tactics.

Smasher apparently is in a relationship with another Guard, Plutonia.

“I can’t leave you. Without you, life has no meaning. Empress Lilandra, lux gloriana of the Shi’ar Imperium…”

“And while this angel-being is helpless… Smasher will finish him off… in a style famed — and feared — throughout the Empire !”

If you subscribe to the Shi’ar Guard = Legion of Super-Heroes theory, then Smasher is prolly the equivalent of Jo Nah. 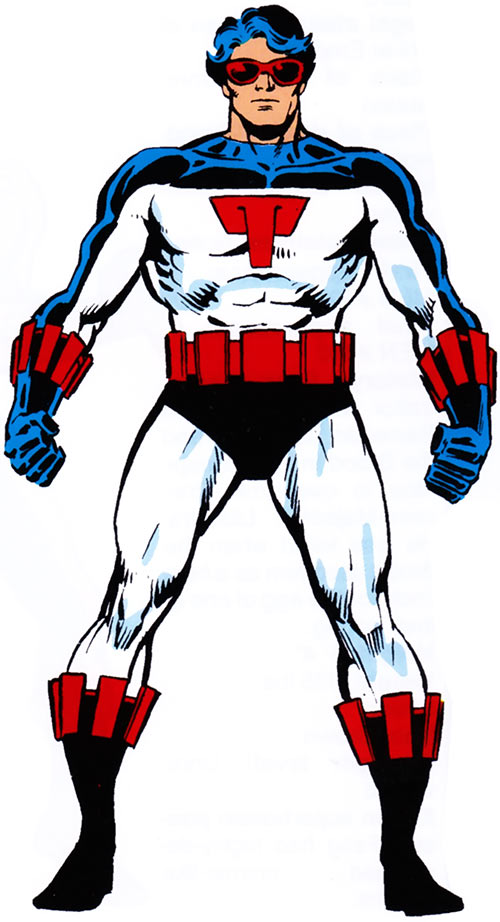 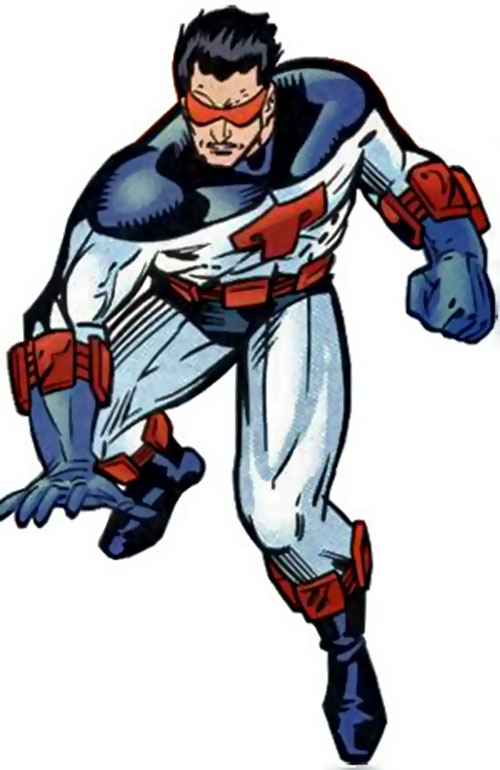 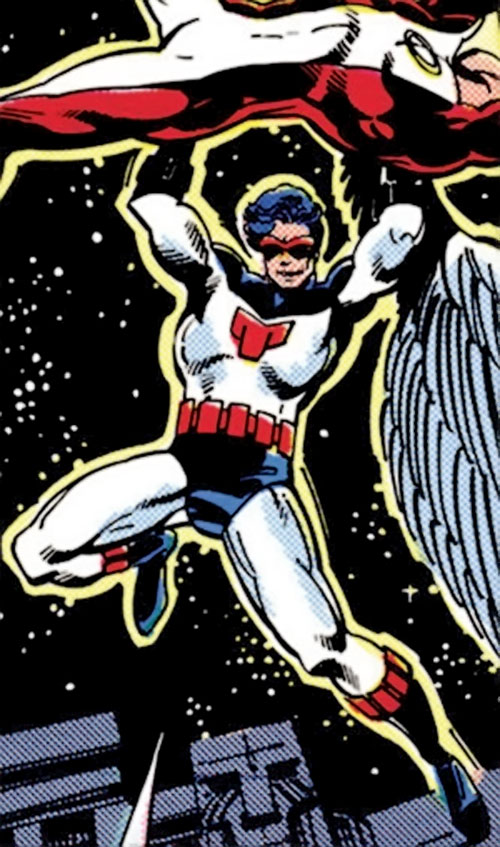 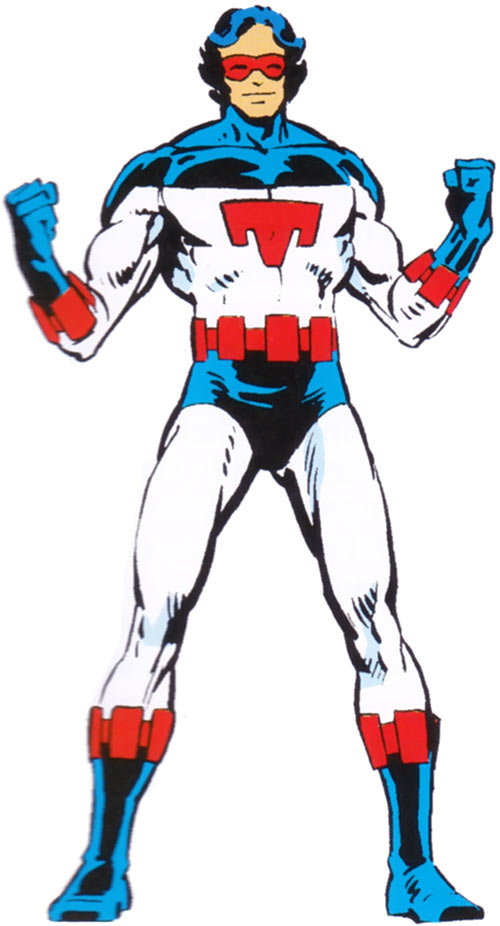