Smiling Tiger is a member of the Folding Circle. The Circle is a team of minor New Warriors opponents, who were chiefly seen in 1992/93.

Though there isn’t much material, the Folding Circle looks fairly useful as an opposing team for super-hero RPG purposes. For those interested in using them as such, this profile includes bit of material from a pitch by Danny Donovan and Jeremy Rock, which wasn’t accepted by Marvel.

The Tiger That Smiles At The Kill has claws and sharp senses. It is unclear whether the claws are natural or artificial.

His sense of smell is superhuman. It is *possible* some aspects of his vision and/or hearing are, too.

Although he performs well against mooks, the Smiling Tiger never was very convincing against any sort of highly skilled or superhuman opponent. He seems to be the weakest member of the Circle.

The Temple of the Dragon’s Breadth has been hidden deep in the jungles of Cambodia for millennia. It sits on a well that is a potent source of primal energy.

Its best known project was to give birth to a number of children infused with the power of the well. The purported goal was to unite their culture with “the ways of the West”. The project started when an American recon patrol stumbled on the temple in 1966. They were invited to father children during a ritual. 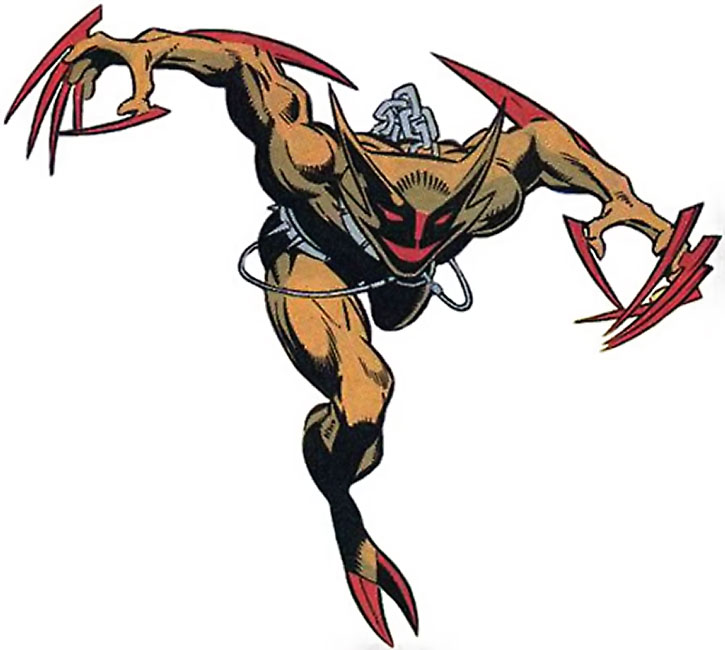 One of the children was the Smiling Tiger. The Left Hand (Diego Casseas), one of the patrol’s members, eventually found him in Oakland. Casseas offered the Tiger to tell him about who he was. Smiling Tiger accepted and joined Casseas’s team – the Folding Circle.

The Folding Circle clashed with Night Thrasher (himself a descendant of the patrol) and with his group of young superheroes, the New Warriors. Eventually, the Circle and Warriors reached the temple, where the Left Hand disappeared into the temple’s mystical well.

Fleeing from the temple, the Folding Circle, now led by Midnight’s Fire, became criminal operators in the turbulent island nation of Madripoor. Midnight Fire coerced his sister Silhouette into joining the Circle for a bit. But Night Thrasher intervened, and after a four-way struggle with crimelords Aardwolf and Tyger Tiger, Silhouette left the Circle.

In the rejected pitch, the Left Hand came back from the well with greater occult understanding. Midnight’s Fire left and the rebuilt Circle moved back to the US.

They became a powerful, scary syndicate mixing superhuman power, the occult and ruthless made men competence.

Hard to say, as he cannot or will not speak. He seems to enjoy killing people, though, and there’s a distinct possibility he might be a psychopath. He acts more or less like the Circle’s leader’s attack dog.

When the Left Hand recruited him, he had just ambushed and slaughtered dealers of illegal drugs and weapons. Perhaps the Smiling Tiger was acting as a sort of bloodthirsty crimefighter (or syndicate enforcer) in Oakland. Or perhaps he was killing criminals since it was much less likely to attract attention.

Or you could simply use the non-continuity version as a shady New York City syndicate. They may have had clashes with a small number of Titans, and could certainly be developed into an interesting set of opponents. 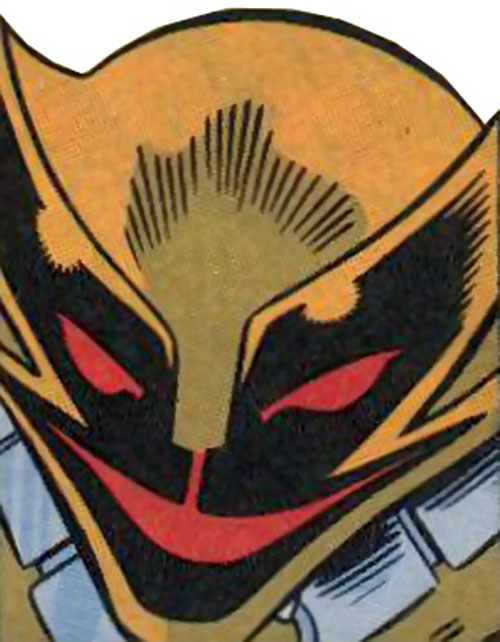 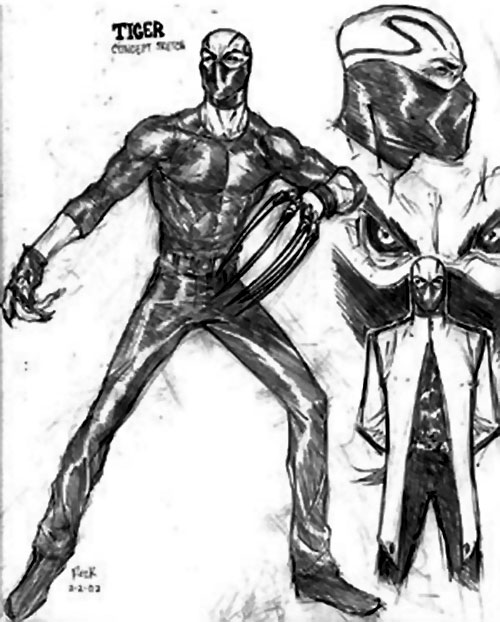