This obscure villainess had but one set of appearance, in 1992. In a minor book that was cancelled not long after.

But she could easily be useful.

Smoke Scream is composed of sapientCapable of intelligent reasoning smoke. She can turn part or all of her body into an opaque grey-greenish cloud of gas.

It has harmful properties if concentrated enough. In DC Heroes RPG terms that can be Poison Touch or Chemical Attack, depending on how much she concentrates it around her target.

She can even change her body chemistry to turn into a finely controlled, pinkish acid cloud.

Her gaseous nature makes her difficult to contain or defeat.

She was part of a group of Roxxon-employed terrorists and mercenaries, led by Angar the Screamer, who briefly managed to take over a S.H.I.E.L.D. Helicarrier.

During the fight Psi-Borg psionicallyPsionics are sci-fi style psychic powers blocked and compressed Smokescream’s smoke form until it exploded.

But it is common for gaseous comic book characters to eventually reform after such a misadventure. 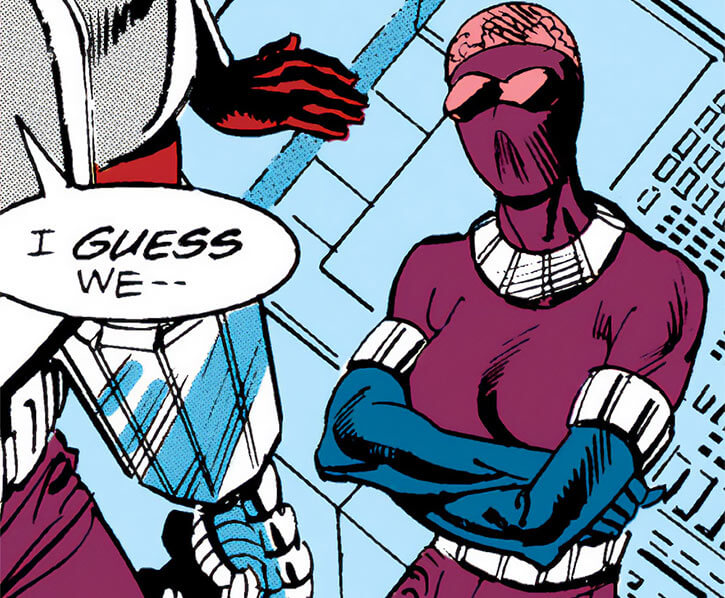 Smoke Scream never spoke – I assumed she could not.

She appeared to be a disciplined, business-like, precise type.

Life Support (No Need to Eat/Drink).

Highly speculative stats due to lack of material, obvs.