Of Mist, Grass and Sand (OMGS) is a 1973 sci-fi novelette by Vonda McIntyre  . It won her her first NebulaOne of the top sci-fi literary prizes.

McIntyre later expanded OMGS into a novel, Dreamsnake. Because geeks gonna worldbuild. But this entry only covers the novelette, due to time constraints.

OMGS was mentioned as an off-the-cuff example of genre-expanding work by genre historian Jess Nevins  . I realised with some puzzlement I hadn’t read it, and we agreed I really should. So blame him for this profile. 😺

The novelette is a fine, well-written example of the “window into another world” approach to sci-fi.

Snake seems to be in good shape. She can function for days on very little food and water.

She seems to have a strong personality and solid charisma.

Like Yankee Doodle (not that one), she’s a-riding on a pony. This tiger-striped mount also carries her supplies.

She is competent at hot desert survival, and trapping.

As part of her medical training, she’s nearly immune to snake venoms. 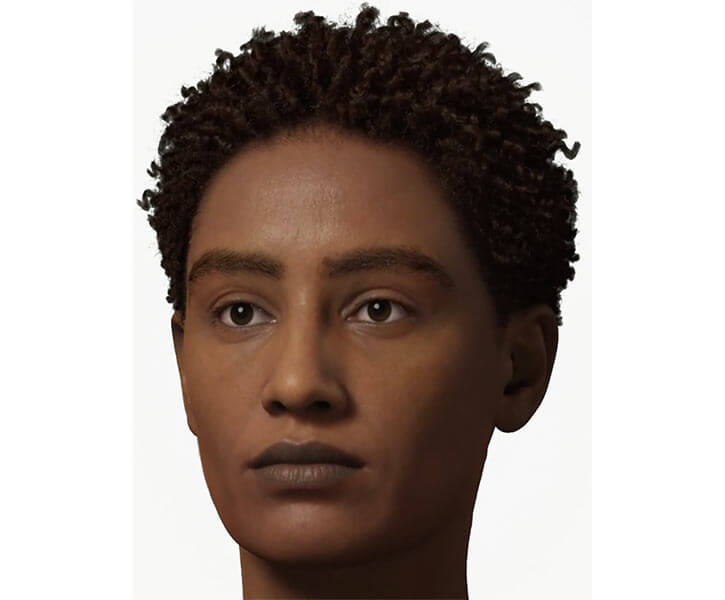 Snake is a physician – a travelling healer. That she bears the name “Snake” indicates that she was a top medical student.

For small wounds, she uses salves and unguents. But serious medicine is done using her three snakes – Grass, Sand and Mist.

All three are well-tamed. But handling venomous snakes remains complicated. And they can get scared, picky, hungry and/or confused.

Grass is inoffensive and tiny, with a triple-tipped tongue. It has smooth pale green scales, with red scales near the mouth. Its venom “gives dream and eases dying”, so it might be an opium-like compound. It seems chiefly used for euthanasia.

Sand is a rattlesnake, who isn’t used in the novelette. One gets the impression that it performs like Mist, but smaller. So it is easier to control, but cannot generate as much medicine.

Mist is a huge albino (or perhaps an atypical leucistic  specimen, since she has silver eyes) cobra, about five metres long. There’s a tan spectacle motif on the back of her hood.

Snake uses it as a biological reactor and injector. The procedure is :

At first this appears to be ritualistic rather than medical. However, it seems that it allows the reptile to determine how much drug must be produced. And perhaps the exact formulation.

In the novelette, Mist is used to kill a large tumour. If it was a cancerous one, it is possible that the medicine injected by Mist is beyond what 2010s medicine can do.

When Snake talks to her reptiles, her speech is rendered as Early Modern English, with thees and thous. It seems her snakes understand this to an extent. But it’s not “snake language”. Since nearby people understand what Snake is saying when she speaks like that.

Of Mist, Grass and Sand takes place in a harsh, black glassy sand desert. Snake comes to consult for a low-tech tribe of desert-dwellers.

(In the expanded, novel-length version we learn that the world is actually a post-apocalyptic future Earth. However, the desolate planet doesn’t resemble its pre-nuclear self much).

(We also learn that the snakes are bio-engineered species, and that “dreamsnakes” (like Grass) are of alien origin).

Snake says she was trained at “a station”, and that somewhere there is a “mountain with a city inside”.

The natives (and perhaps Snake) have dark skin, angular faces and high cheekbones. However, one of the locals is stated to have fair hair. Another description implies skin tones more akin to Northern Africa or the Middle East.

Since their environment is so hard, the natives have a highly regimented culture. They are wary about everything, and suppress their emotions as much as they can.

They do not normally speak their names – this is reserved for close friends. Having friends is seen as a risk, as lack of resources may bring betrayal in order to survive.

The parents whom Snake meets are a triad – two husbands and a wife. This seems to be a standard arrangement for this people.

Snake also meets this polity’sGeneral term for an organised group (a tribe, a democracy, a theocracy…) leader. Though her function is only indicated by her wearing a plain circle as a pendant. 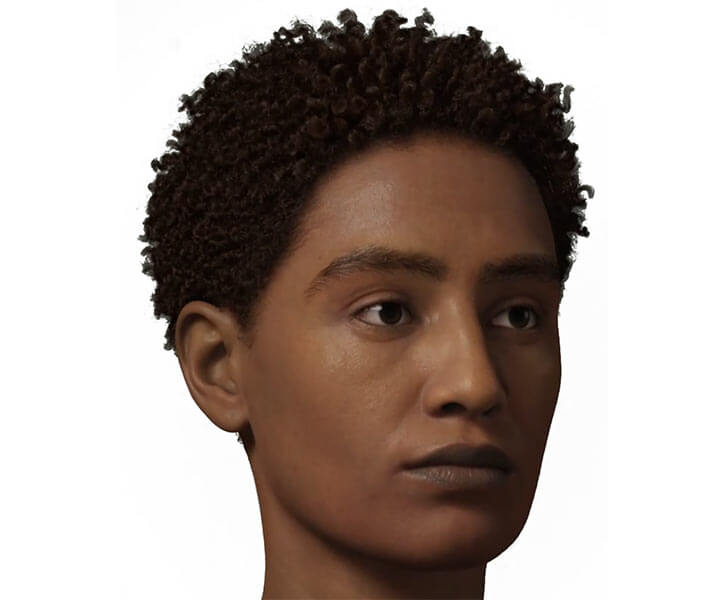 Itinerant healer Snake is summoned — through unrevealed means — by a small community. One of their children is badly sick.

They have been reluctant to call for a healer. They’re not used to foreigners, and snake-based medicine scares them. In their environment, snakes — such as horned vipers — are a major source of casualties.

The child therefore has little time left to live. Though Snake is exhausted from days of riding across the desert, she has to prepare a treatment ASAP.

And only her largest, hardest-to-handle serpent will be potent enough to — hopefully — save her patient.

(Such elements — matter-of-fact triad marriages, dark-skinned protagonists, harm brought by closed minds and the suppression of emotions, female leaders and experts, a story about caring for a kid, etc. — weren’t common back then. Sci-fi was just recovering from the lows of the Campbell era).

The story is told from Snake’s POV, so there’s no description of her. But she speaks in a soft voice, has a narrow waist, and sports short, black curly hair. She isn’t tall.

When her snakes are out of their case, Mist usually rests on her shoulders and waist, and Sand is coiled around a forearm.

Snake’s hands are covered with snake bite scars. A good chunk of those likely come from the inoculation process.

I went ahead and drew a portrait of her, since people seldom click on profiles without a peekchur. But it’s based on my arbitrary mind’s eye. 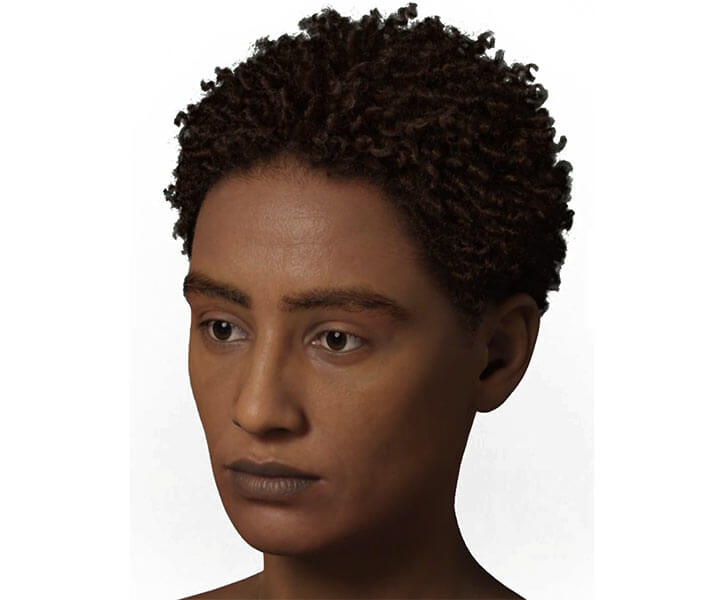 During the story, Snake is exhausted. She’s chiefly struggling against fatigue, and the locals’ mistrust to save her patient. Only once the treatment is underway can she allow herself to collapse and release her tension.

She is a dedicated physician. Her absolute priority is her patient – assuaging his fear, having as good a bedside manner as she can muster, making an accurate diagnosis, and preparing Mist for the injection.

Snake sometimes finds being responsible for the survival of others an emotional burden. Sensing that the leader of the desert-dwellers bears a similar weight helps her relax through a feeling of solidarity.

An important part of her medical ethos is to remain neutral and non judgemental, as long as this doesn’t imperil lives.

There’s an implication that each small Human community has its own mores and traditions, which others likely do not know about. And which play a role in their continued survival.

However, Snake’s tolerance for bullshit isn’t as high as it could be. She respects strange customs and shows understanding and patience, but this has to be a two-way street. 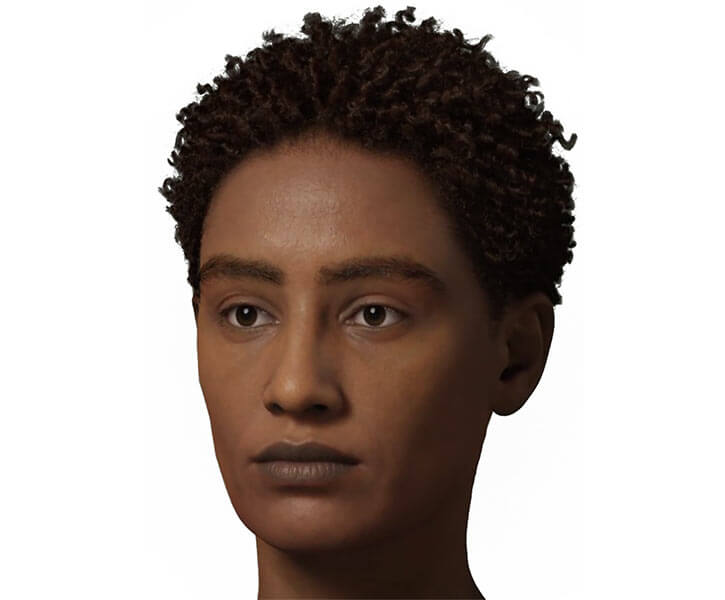 “I am Snake, Stavin, and in a little while, in the morning, I must hurt you. You may feel a quick pain, and your body will ache for several days, but you will be better afterward.”

“She will touch you with her tongue. It might tickle, but it will not hurt. She smells with it, as you do with your nose.”

“Call me Snake, if you can bring yourself to pronounce it. Speaking my name binds you to nothing.”

The original novel has little setting definition. So Snake could exist as a pulpsCheap, often lurid novels in the US during the 1920s and 1930s-style Mysterious Exotic Healer in a Far-Off Desert Of +2 Exoticness.

She might even have ties with other desert nomads, such as Apocalypse (En Sabah-Nur), Gateway or Lady Eve of the Kobra Cult.

Her presence in the Fallout post-apocalyptic California would also feel natural.

Both Powers only apply against known snake venoms.

Snake has some sort of medical oath she must follow.

For the snakes, use the stats for a cobra in the animals files.

Her APs of Medicine are arbitrary, since we don’t really know what she’s treating in the novellette – and how’s medicine in general in her universe.

The snakes are definitely not Pets. They’re dangerous animals that can only be tamed to an extent, and do not act on Snake’s behalf.

Source of Character: Of Mist, Grass and Sand novelette.