She has a number of systems to aid her in this, including:

She is capable of getting targets to give her any information she requires, and then forget she even existed.

Usually, in an operation targeting a particular individual, the team will acquire extensive background material information on the target. This allows for Social to customize her personality and appearance according to the target’s preferences.

She has also exhibited the ability to jump at least 50 feet vertically.

Social can scan a target’s retina, fingerprints, and DNA.

Furthermore, all Project Livewire mecha have the same basic design. It:

They share a group intranet, which allows them to communicate by thought. This is their main method of communication with each other.

She was created by the top-secret, quasi-governmental R&D program Project Livewire. It was based on the technologies used to create the Mannites and SHIELD’s LMD’s . Project Livewire built ten mecha, six of which were trained and tested at the Project. The other four were left deactivated until they were needed to replace lost members of the team.

These mechas have all been programmed to be absolutely loyal to Project Livewire. They thus follow the main goal of seeking out and destroying other top-secret, quasi-governmental R&D programs. They have been provided with a list stating the priority they are to be given.

When they were programmed, the head programmer was aware of a logical hole in their directives. It meant that as the only ones hard-wired to be absolutely loyal to Project Livewire, the mechas were the only ones that could be fully trusted to fulfil its directives. As a result they killed all the human members of the Project, and set out on the road to fulfil their programming.

Mechas in the field

They performed a number of missions sabotaging other top-secret, quasi-governmental projects. Yet they remained undetected, either by making things look accidental, or by arranging for other targets to be blamed for their actions. 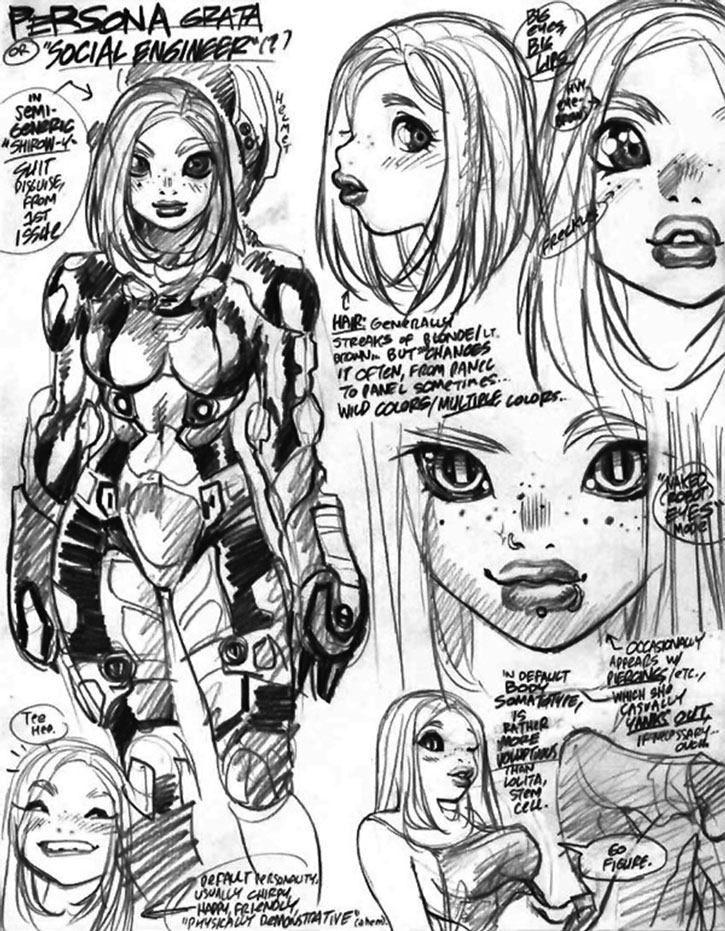 On one mission they uncovered a link to the “White Whale”. That was the highest priority target on their list. They stowed away in a container of inert nanofluid that AIM was trading to the White Whale and managed to get on board its rogue helicarrier.

The White Whale turned out to be a hive mind, commanded by a couple of Nick Fury LMD’s infected with a Hydra nanoware attack virus.

They were detected soon after arrival, and they found themselves overwhelmed. With Cornfed and Gothic Lolita already disabled, Social had a hole shot in her which caused serious structural damage. Taking an anti-matter grenade she jumps towards the heart of the White Whale. However she was dismembered by a Mollywire gun before she could reach her target.

After Stem Cell destroys the White Whale she gathers the remains of Social Butterfly, and the other Livewires, intending to rebuild them.

Constantly cheerful, chirpy, playful and friendly, Social is programmed for all kinds of social interaction. She effortlessly puts people at their ease.

When on a mission she modifies her personality based on her target. But among her team-mates, she’s generally chatty and excited.

Like all the Livewires, she has been programmed to be completely loyal to the Project directives. She would even have to give up her life if it was required for the mission. Through overrides to their programmed human personalities, they are capable of suppressing panic and anxieties. Thus, they can perform their job without such worries.

“You rule with an iron hand, mecha !”

“I’m gonna get my brute force on, and go all explode-y.”

The Livewires could be developed from the technologies of Professor Ivo. The rest of their history could remain more or less intact.

Bonuses and Limitations:
Chameleon: User’s Clothing Does not Change to Match (-1). 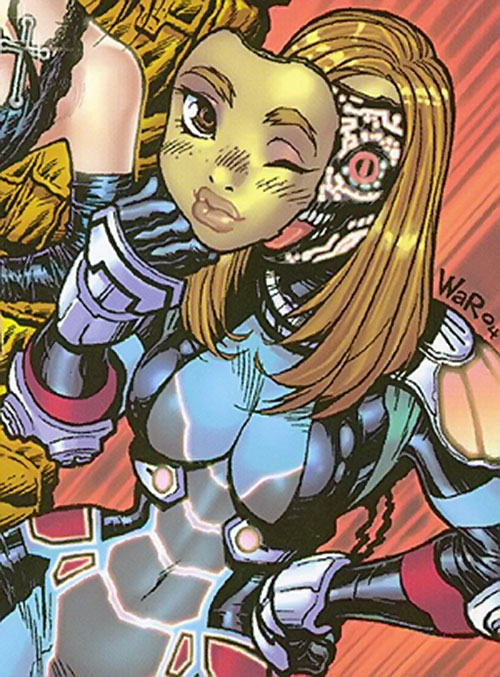