Caine was a genetically enhanced human, whose physical abilities were equal to or above normal human maximum. He also had extensive combat training, but no combat experience.

This lack of experience is compounded by their creator’s emphasis on their physical superiority over tactical prowess. Caine’s peers were slaughtered due in large measure to a reliance on mindlessly aggressive fighting skills. It played right into their adversary Sgt. Todd’s tactical planning.

Soldier takes place on an alternate Earth. The North American continent is a government block with strong fascist overtones. Some areas of human technology have progressed at a more rapid rate than on our Earth. By 2036, Humanity has mastered interstellar transport to the point of routine and established an interplanetary society.

The scriptwriter intended this story to be set in the same universe as the Blade Runner movie. This would suggest that Caine and his fellow troops were some form of replicant similar to Roy Batty.

In 1996 the American Forces began the Adam Project. They selected subjects at birth and raised them in an intense indoctrination program where failure carried a death penalty. The result was an elite group of soldiers who fought without fear or pity. They would march into fire without hesitation and, if necessary, shoot through civilians to hit enemy soldiers.

Forty years after the Adam Project began, new soldiers created through genetic engineering (instead of being selected at birth) were introduced into active duty. One of these new soldiers was Caine. Caine defeated three of the old soldiers in unarmed combat, but not before one of them, Sgt. Todd, tore out his right eye.

Caine’s eye was surgically replaced and he went on active duty with his fellow soldiers.

The new genetically engineered soldiers were sent on patrol to the waste disposal planet Arcadia 234. Since the settlement was unrecorded, the colonists could legally be classified as hostiles. This allowed the soldiers to slaughter them and thus get some live-fire exercise.

Unfortunately for the new troops, Sgt. Todd, being presumed dead, had been disposed of on Arcadia 234. He killed the new troops one by one. In a rematch with Caine, Todd’s superior tactical intellect allowed him to kill his successor.

Caine 607 is a 20-year-old bald, powerfully built Eurasian male. He was a large scar around his right eye socket where Sgt. Todd ripped his right eye out during their training battle. The eye has been replaced, though the new eye is ice blue instead of brown.

On his left cheek is tattooed:

Caine has no real personality to speak of. He follows orders, kills without hesitation or any other feeling, and has no life beyond these simple parameters.

He does carry a slight air of arrogance, probably adopted from his creator’s pride in his new breed of warrior. Like his fellow experimental soldiers, this arrogance led to poor tactical judgments which led to his death.

“Roger 1, we are proceeding to target.”

The Adam Project could be a secret Earthgov or Science Police operation in the Legion’s time.

It could also take place in the modern era, started by the U.S. Government right after WWII and staffed by imported Nazi scientists. Caine could be a recent inductee, a product of advances in genetic engineering.

Bonuses and Limitations:
Systemic Antidote represents Caine’s overall metabolic efficiency and thus can also be added to BODY for purposes of stamina. 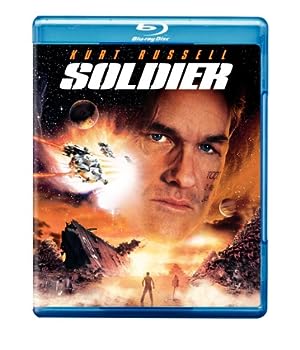 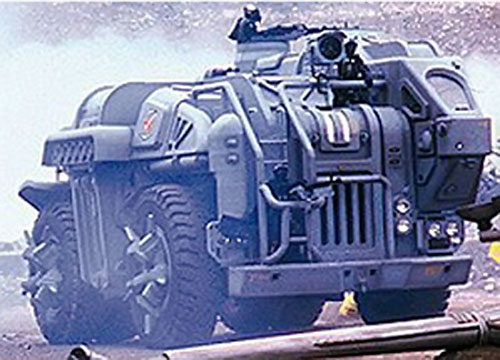