Sophitia is a demi-goddess. She is extremely proficient in the Athenian fighting style of sword and shield. She is a world class warrior and was able to fight the Soul Edge possessed Cervantes on equal footing until she shattered one of the cursed swords.

She”s also got fairly good gymnastic skills. Her determination and devotion to both the Greek gods and her family were strong enough for Hephaestus  himself to take notice. This is how he granted her a place among his holy warriors. She proved to be the most worthy of the chosen ones for this task.

Sophitia is an attractive and well proportioned young woman with fair skin, long honey blond hair and green eyes. Her default costume is a light tank top with a breast plate over it and a miniskirt. She also wears Ancient Greek sandals with leather thongs bound all the way up to her knees.

She later swapped these out for some brown leather thigh high boots. She accessorizes with a silver tiara and bracelets.

Other costumes look more like a traditional Greek warrior would. However, in later games she started going armored less and less, perhaps due to her semi-retired motherhood. Normally she wears loose light clothing such as togas and half shirts and of course her obligatory bouncy miniskirts.

In all the games there is always a way to unlock the mandatory bikini costume. Video games.

Sophitia is a lawful good  paladin  type. Like many Athenians in her day she led a quiet life, was faithful and always prayed to the gods, but was also disciplined enough to continue to practice martial arts to protect those around her. When Hephaestus gave her the task of destroying the Soul Edge she did not hesitate to heed his call.

While she is at heart a gentle soul she isn’t afraid to rise to arms should innocents and her loved ones need to be protected. But she also doesn’t seek to use any more force than is necessary and generally repentant about any harm she has done.

This is most evident in one of her throws where she knees an opponent in the groin and then says, “I’m sorry.” She also has a few other moves that she apologizes for.

When her daughter was abducted and used as black mail in order to make her destroy the Soul Edge it put her in a terrible dilemma. She was greatly torn by this and initially chose the safety of her daughter before the greater good before finally deciding that justice had to be done regardless of the cost.

This is somewhat out of character with her previous appearances as she is shown to be extremely selfless, but it could be that motherhood and semi-retirement have softened the warrior in her.

“I chose to come here of my own free will.”

“Have the shards of the demonic sword infected me with their dark energy before they were removed from my body ?”

Tira: “Ahaha ! You want to fight me ? Sounds like fun !”
Sophitia: “Poor child. You’ve never known happiness.”
Tira: “You’re so annoying… When the time comes, I’ll come for your children.”

Soul Edge: “Why do you hesitate ? Maybe I’ll eat you first !”
Sophitia (as Algol stops her): “What ? You ?”
Algol: “All through the ages a parent’s love for their child surpasses any weapon, but remember if you are misguided in your beliefs, you will only bring harm to those you wish to protect.”
Sophitia: “You have a child as well ?”
Algol: “Time is cruel. Even with all this power, I cannot undo the past.”

Given her obvious connection to the Greek gods she obviously has some sort of connection to Wonder Woman and most likely lives on Paradise Island.

Given her demi-goddess status it is highly likely that she”s still active today along with her sister, but the fact that she married and had children could present a problem for her living on the Isle of No Man.

Perhaps she retired to Greeceor something to raise a family, but still adventures occasionally when the need arises.

Advantages:
Iron Nerves, Languages (Greek), Lightning Reflexes, Schtick (gratuitous panty flash), True Faith, Misc. Sophitia is a demi-goddess (her mother is Nike the Greek goddess of victory), but so far this doesn’t seem to grant her any special powers or status other than being a world class warrior that is. Still it is possible that she does have some sort of divine or mystical powers that haven’t been demonstrated yet.

Notes:
As announced in Soul Calibur 5 both will be grown up playable characters, so it’s unlikely that they will be Dependents anymore or perhaps they’ll be 0HP Dependents. Pyrrah grows up separately from her family though and is unaware that of her ancestral heritage and legacy which could possibly lead to other interesting plot points though…

She doesn’t gain the Dependent Drawback until after SC2 when she finally gets married and has children. 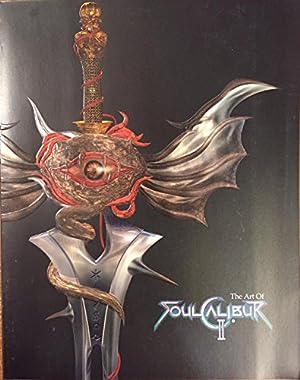 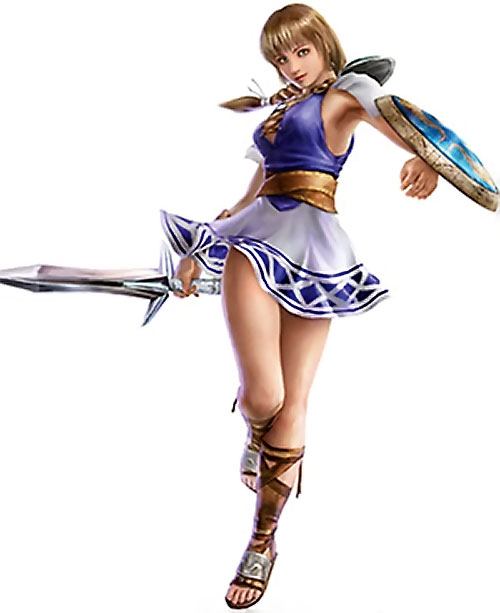 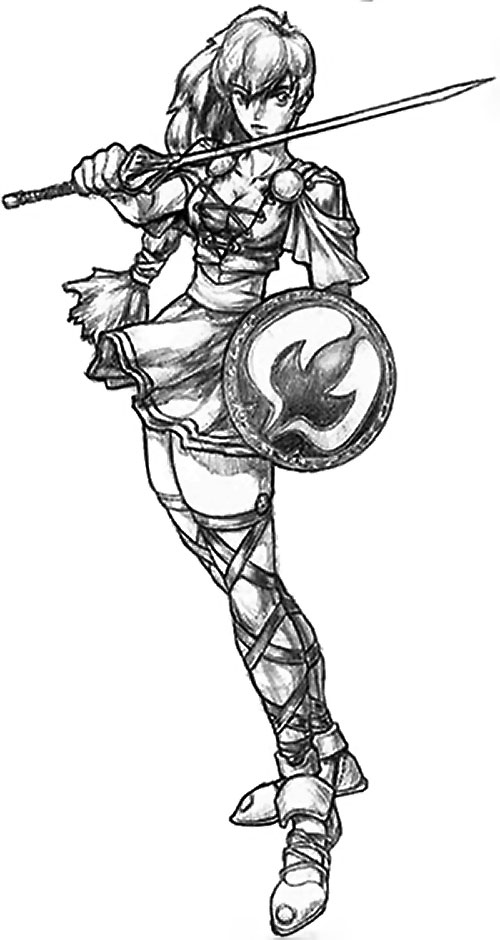 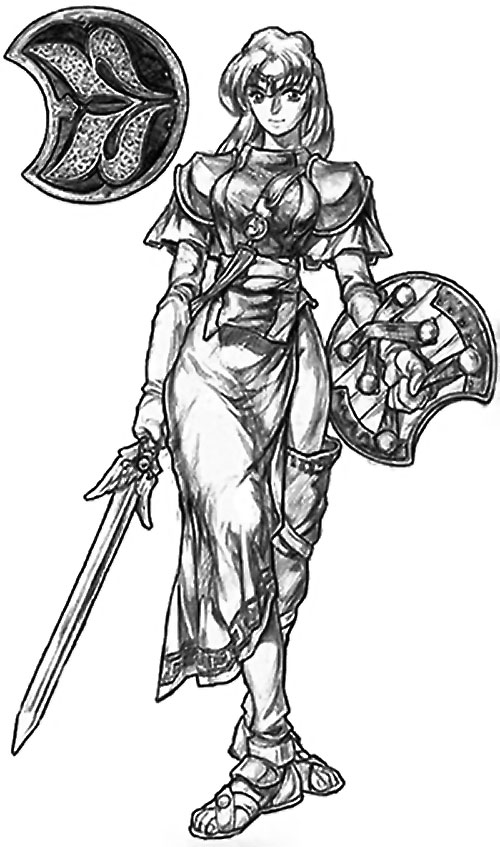