Despite that the series didn’t fare well – but there still exists significant nostalgia about it.

Like most of Moonbase Alpha’s personnel, Dr. Helena Russell is an expert in her chosen field. She is a brilliant medical doctor and scientist and a leading authority on the physiological and psychological effects that long-term space missions have on human subjects.

Though rarely required to employ sidearms in her capacity as the base’s Chief Medical Officer, she is, nonetheless, acquainted with the workings of the standard issue Stun Gun Models 1 and 2 and has fired them on occasion.

As evidenced by the incredibly accurate representation of Maya that she created for the space trader, Taybor, she is a gifted amateur sculptor.

What follows can be verified by official sources.

Helena Susan Gordon (Note: Most unofficial sources list Helena’s maiden name as Gordon. I have been unable to verify this fact using official sources but the DCU implications are too perfect to omit this unverified fact) was born in Chicago, Illinois on August 5, 1960.

A physician’s daughter, Helena entered medical school shortly after her father’s death. Upon completion of her studies she began research in her chosen field of space medicine and her ground breaking work in this field won her many awards.

Dr. Russell, Professor Victor Bergman, and Commander John Robert Koenig have known each other at least since 1996 when all three were involved in the Ultra Probe mission, an attempt to explore the mysterious planet Ultra discovered by Bergman in 1994. From all indications, these three principal Alphans have known each other even longer.

This research also brought Helena to the attention of the World Space Commission. While working for the Commission she met Astronaut Lee Russell. The two fell in love and were married. Their happiness was not meant to be, however, as Lee disappeared along with his ship, the Astro 7, while on the first manned mission to Jupiter.

Devastated by her loss, Helena withdrew into herself resigning from the WSC. When she finally returned to the Commission, she launched herself into her work. Before long, her research brought her to the recently completed Moonbase Alpha where she guided the construction of tension-relieving recreational environments.

For her work in reducing stress-related illnesses on Alpha, Dr. Russell won the prestigious Donnelmyer Award. This award, a replica of an early microscope, was presented to her by her Alma Mater (she self-deprecatingly refers to it as “a college prize” when Koenig recognizes it in her office.)

On January 3, 1999, Dr. Helena Russell was made Chief Medical Officer of Moonbase Alpha. In August of that same year, astronauts training for the planned mission to the wandering planet Meta started dying of a mysterious malady.

Dr. Russell diagnosed this strange epidemic as radiation sickness although she could not account for all the symptoms displayed or where and when the astronauts had been exposed.

Eventually the cause of this weird illness was uncovered. All the Meta Probe astronauts had been exposed to a buildup of quasi-magnetic energy while on their training flights. This revelation came too late, however, as, on September 13, the energy buildup reached critical mass.

The subsequent explosion hurled Luna out of Earth’s orbit sending Moonbase Alpha and its inhabitants on their grand adventure.

Dr. Russell’s mentor at college was named Dr. Robert Shaw. Her usual assistant in the Moonbase’s Medical Center is Dr. Robert Brian Mathias although she is sometimes assisted by Dr. Ben Vincent.

Helena’s husband Lee (or something wearing his form) reappeared when the Alphans were investigating the planet Terra Nova. After granting Helena the power to undo the damage caused by the Alphan’s contact with Terra Nova, “Lee” disappeared again.

Dr. Helena Russell is an attractive if severe looking Caucasian woman in her early 40’s. She has short, blond hair, large, wide-spaced eyes, and high cheekbones.

Her Alphan duty uniform consists of khaki shoes and slacks. The khaki tunics of Moonbase personnel have colored left sleeves indicating the individual’s assignment on Alpha. Dr. Russell’s left sleeve is white signifying her assignment in the base’s medical center.

Like all Alphans, she wears an I.D. badge over her left breast and a thick, khaki belt which her Commlock clips onto and which can support a Hypogun or Stun Gun holster.

In later adventures, the Alphan duty uniforms for the Moonbase’s female contingent changed from the unisex design to a more flattering if less practical skirted and turtle-necked number. The colored coded left sleeve remained and the neck of the tunic was of a similar color.

Dr. Russell may have been an inspiration for Dr. Chakwas in Mass Effect.

Calm and rational, Dr. Helena Russell is a professional with a capital P. Early during her Moonbase Alpha assignment and for the first few months of Luna’s journey through the universe, Dr. Russell displayed the sort of detached caring that she felt was necessary for her to properly do her job.

Over the course of time, however, she began to open up, sharing more of her true feelings with her colleagues and patients.

Dr. Russell is quite close with Assistant Medical Officer Dr. Robert Brian Mathias and Professor Victor Bergman. She and Commander John Robert Koenig care deeply for one another though these feelings do not prevent the pair from taking up adversarial positions on occasion.

Like her friend Professor Bergman, Dr. Russell always seeks out the scientific explanation of any phenomena and this rigid scientific approach to problem solving sometimes comes into conflict with Koenig’s more instinct driven style.

“You knew that that area was suspect. You knew that it had already affected the 2 probe astronauts and the Eagle shuttle pilot in some way. And yet you went right out there yourself. We’re looking for answers, Commander, not heroes.”
(To which Koenig sarcastically replies, “I didn’t know you cared.”)

Perhaps Helena’s deceased father was the brother of prominent Gotham City Police Commissioner James Gordon. And Barbara Gordon might be training under Sandra Benes in the Moonbase’s Communications section.

One of the problems that Dr. Russell and her Alphan companions confront on a daily basis is how to allocate the Moonbase’s very limited resources.

While mining and excavation of the moon produces some of the materials that the Alphans require, making a Wealth Check or finding components to build a Gadget on Alpha is never as easy as simply making a dice roll.

As Chief Medical Officer on Moonbase Alpha, Dr. Russell’s resource needs are usually given a fairly high priority when allocations must be made. But the well is far from inexhaustible and the GM should feel free to assess CS penalties to Wealth Checks or even simply disallow them if appropriate.

On the other hand, an effort to restock the base’s scarce medical supplies and find suitable substitutes for materials not easily found or made might present a dramatic change of pace from the usual battles against monsters, aliens, or super-villains.

I have used DC Heroes 3rd Edition rules to model this character. No doubt, the Blood of Heroes or Sidekick Sleep Power would more accurately depict Dr. Russell’s Hypogun. 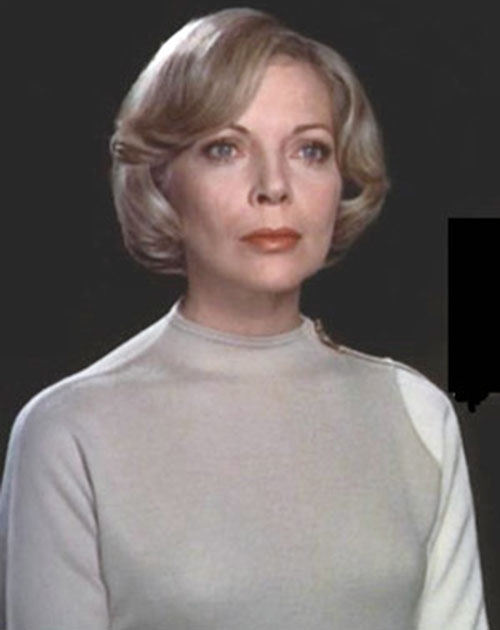 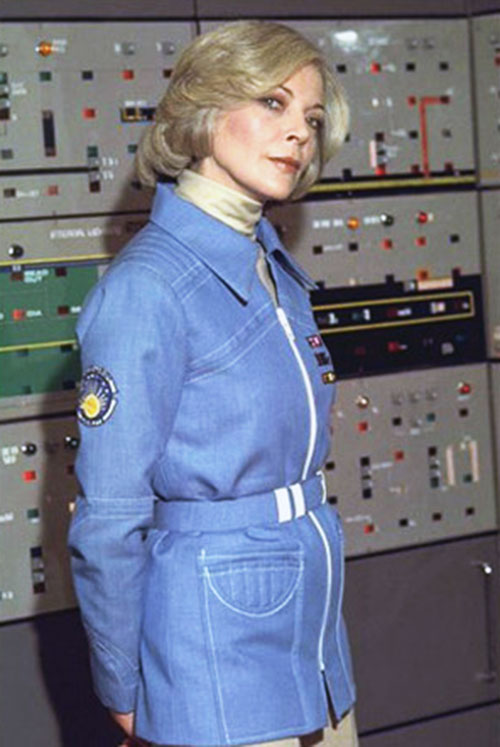