Sparkler could radiate colorful energy to fly and fire offensive blasts. Major Victory referred to this as Sparkler’s “fireworks form,” though the transformation did not extend beyond Sparkler gaining a multi-colored aura when using his powers.

Albeit he was new to the job, Sparkler was a competent tactician, seeking out opportunities for Surprise and Blindside attacks when possible.

Sparkler was not one of the Force of July members who was recreated for the successor superteam Freedom’s Ring. It is possible this is because his abilities were not as easily duplicated or they were redundant when compared to the other team members, but this is only speculation.

A young Hispanic male with a wild tangle of black shoulder-length hair, Sparkler’s eager boyish grin is a perverse contrast with his brutal aggression.

His costume was a white bodysuit with yellow and red trim and collar, a yellow belt with a star-shaped buckle, and a ring of black stars forming low-slung “necklace” around his neck or lined up in a V (depending on how the artist was feeling in any given panel).

When Sparkler used his powers, he was surrounded by a yellow-white aura sprinkled with small yellow flashes. Upon taking flight, the lower part of his body was enveloped and trailed in a shimmering yellowish-orange roiling energy field looking somewhat like smoke and flame.

The overall effect visually resembled the flight trail of the Marvel Universe’s Cannonball.

Sparkler has an obvious hero worship of Major Victory and models his behavior after his leader’s.

Sparkler’s youthful enthusiasm makes him even more prone to arrogant boasting than Major Victory is, but in spite of that the boy is actually more tactically prudent than his mentor.

“You guys shoulda had enough sense to go home and hide when you escaped the first time !”

“What I can do, goldie, is light up your life with some Roman Candle blasts ! That’ll put a sparkle in your eye !”

“Hey, creep — what are you ? Some kinda pervert, peeking in windows like that ! Probably a wimp, too ! A commie-traitor wimp !” 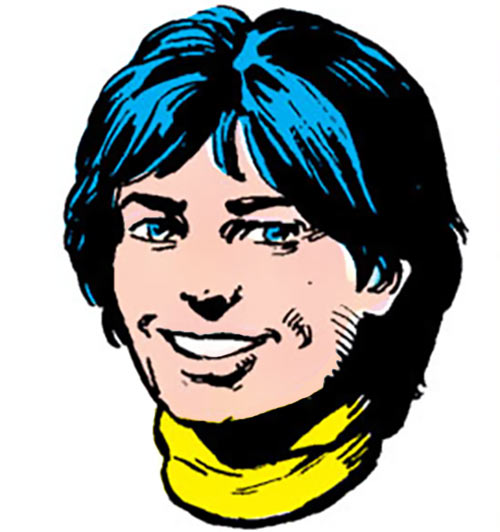 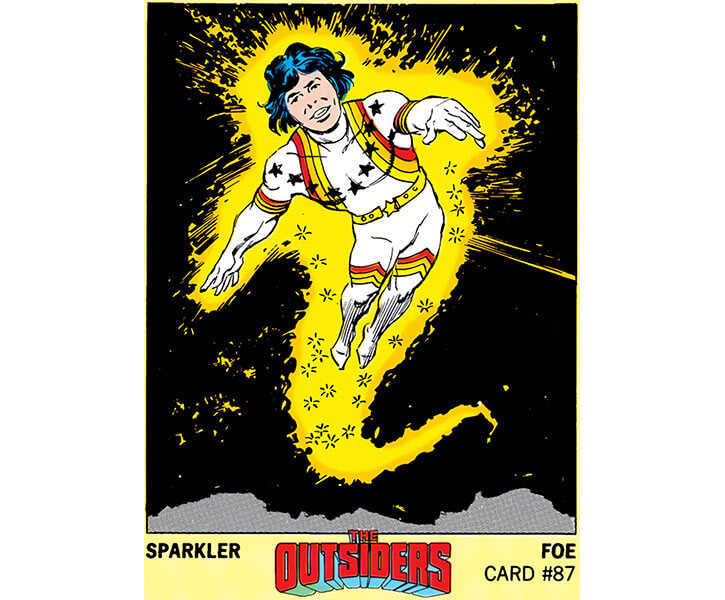