Brew is a mutant, born with a metabolism that can use alcohol to fuel superhuman speed and agility.

The process is imperfect and over time waste products build up in his system, poisoning him. The general effect is identical to alcohol intoxification, eventually leading him to misjudge situations and, over the long term, causing him to suffer from unconsciousness.

Until his epic battle with his murderous ’brother‘ (see below) Brew only used to suffer from the drunkenness effects. But afterwards his system now metabolizes alcohol less efficiently. However he has begun to notice that he is needing less alcohol to trigger his powers.

One day, he hopes, he will be free to the booze. The question is will it be if it happens before his liver gives out.

Special Brew is native to the city of Aberdeen in Scotland. Built entirely of grey granite this city has a higher than average number mutants due to the proportionally high level of background radiation.

Special Brew, is a perfect example of this trend. His mutant abilities manifested the first time he had a wee dram of whiskey, at the age of 9. A year after his powers first manifested he had become an uncontrollable tearaway. His father, John McGregor a super strong mutant and talented gadgeteer , decided to do something to reign in the boy.

To this end he constructed an android out of scrap metal in the shape of his son. The intention was that ’Iron Brew‘, as he dubbed the machine, would be an immovable object to the irresistible force that was his boy. So advanced was the device that it would keep apace with Bruce’s physical development.

It was intended that the two would become like brothers, with Angus curbing Bruce’s irresponsible activity. What actually happened was that Bruce took an instant dislike to his ’twin’. He did everything in his power to avoid it as much as possible.

John McGregor’s attachment to his creation, going so far as to name it Angus after his own father, only served to drive a greater wedge between him and Bruce.

As the years passed and Bruce and his father drifted further apart John began to see Angus as a failure that had, instead of making his family stronger, only served to destroy it. After one particularly difficult Christmas that had seen Bruce leave home vowing never to return, John turned on his creation and attempted to tear it apart with his bare hands.

Terrified Angus retaliated and slew his “father” with a single blow.

The experience corrupted his programming, effectively driving him mad. He attempted to slay the rest of the family. Bruce’s mum escaped only because of her mutant power to teleport to one of her offspring to give them a right telling off.

His sisters, Agnes and Senga, both fled – one in a taxi and the other down the toilet. Warned by his mother Bruce arrived in the nick of time to save Agnes and Ishmael (a taxi driver with the ’mutant power‘ to always find a fare) from Angus. The two ’brothers’ battled through the highlands.

Finally, on the shores of Loch Ness, Bruce was able to magnetize Angus’s body and force feed it to Nessie.

Reading comics is good for you

The stresses of the battle hospitalized Bruce with severe alcohol poisoning. It resulted in him going stone sober for the rest of the year. During this time he found work at Asylum Books & Games  where he read enough comics to get a sense of how superheroes were supposed to behave. This settled him down somewhat and gave him a better grounding in the responsibility of a superhero.

Bruce eventually joined the newly founded Caledonian Crusaders. This was the supergroup sponsored by the Scottish Executive under the auspices of the Dawn Patrol. He became a full time super hero.

He was 18 and his comic-store friends gave him the Saltire  based costume that has become his trademark, one he shared with his teammates. Together the Crusaders have fulfilled their mandate to be Scotland’s premier team of superheroes. They repeatedly defeated the likes of the villainous Scottish Separatists, the Arbroath Hundred and other more minor threats.

That was until recently. An attempted terrorist attack on Balmoral brought him running to the defense of the royal family. At the time the call came he had been visiting his friends at Asylum and, stone cold sober, he had to take the closest source of alcohol to hand. This was a bottle of very potent Tequila offered by Mr. McLean, the store owner.

Exile to the new world

Guzzling the liquor he rushed north and defeated the terrorists single handedly. Unfortunately when the Queen came forth to congratulate and thank him the concentration of alcohol in his system caused him to throw up all over her.

Shamed he offered to resign his post in the Crusaders but was, instead, given indefinite leave, with Paragon City suggested as a destination. Taking this as an opportunity to redeem himself he accepted and took the next available flight to America.

Brew is completely reformed from the hellion he used to be in his youth. The death of his father and the epiphany he had after the defeat of Iron Brew have matured him.

If he didn’t enjoy using his power to fight crime he’d have become an avowed tea totaler. Indeed he no longer drinks recreationaly. 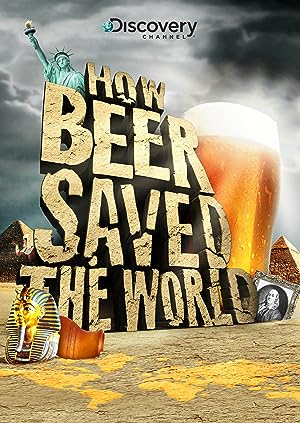 How Beer Saved The World DVD 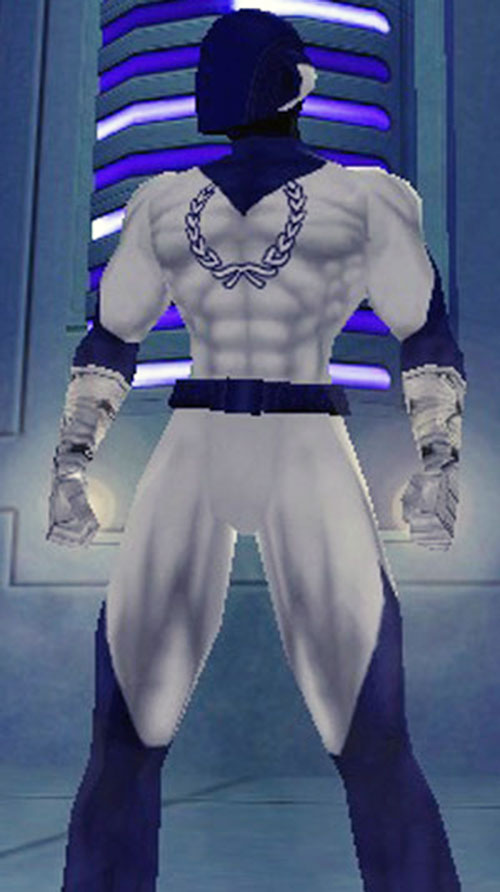 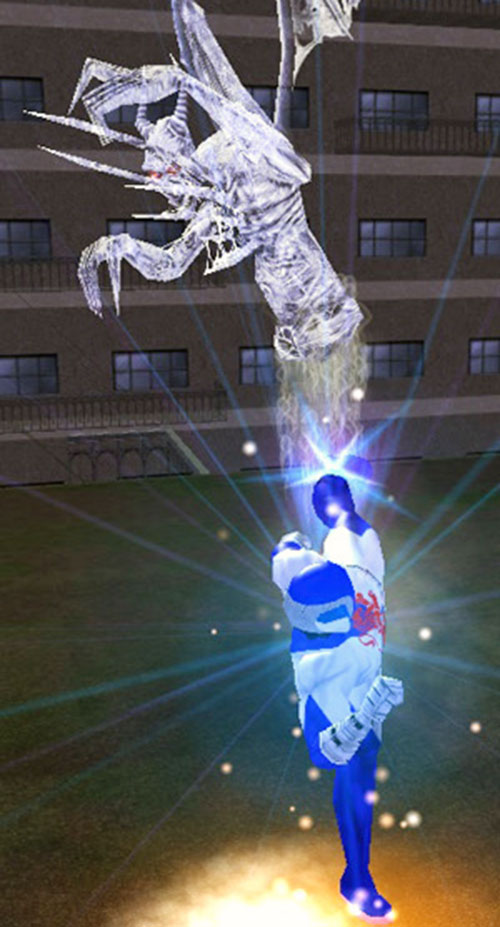 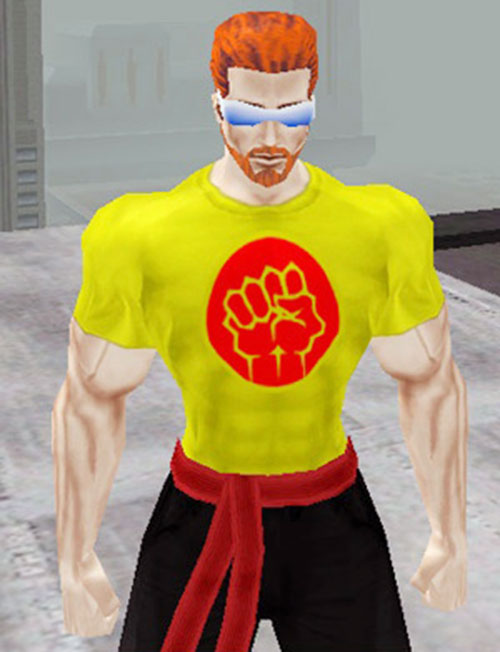 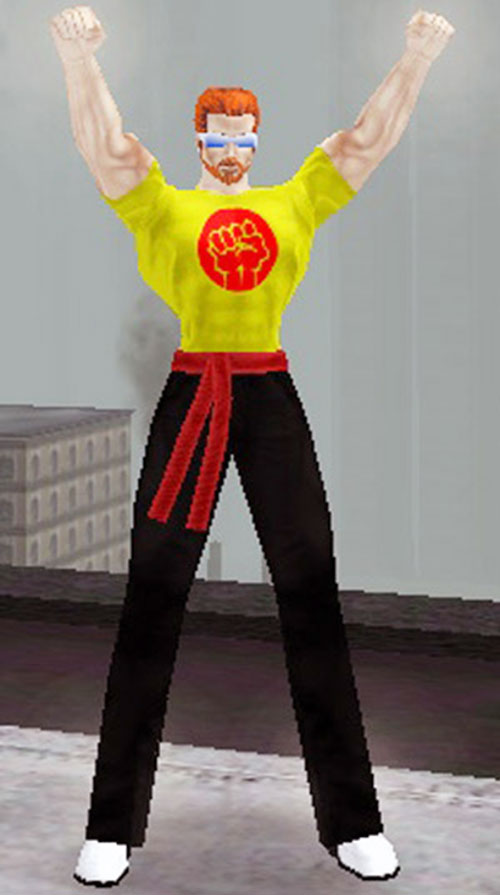