Foss is a former paratrooper and long range patrol specialist from New Zealand. He cross-trained with the British SBS. He’s huge, strong enough to carry a squad automatic weapon like an assault rifle, and a proficient ranger. A hardened killer, he has no problem with silent kills using his knife.

He’s at home in the jungle. For instance Foss knows how to kill, butcher and cook large snakes instead of having to eat damn MREs.

Foss is a professional soldier from New Zealand. This caught the eye of Nick Fury, presumably due to memories from WWII and the North African theatre.

He was chosen as the fire support specialist in a patrol led by Nick Fury himself. The operation was an attempt at preventing a major international incident.

Foss’ skills were pivotal in the partial success of that mission. However, he was killed when the patrol unexpectedly encountered superior enemy forces at point blank range.

Foss is big, tough and mostly silent. He doesn’t speak much, and mostly answers questions in laconic three or four words sentence.

One of those word is systematically “fuck”, a grammatical prowess made easy by the remarkable versatility of the term. He also addresses any superior as “boss”.

He likes the outdoors and pragmatic approaches. He’s also a chain smoker.

(To a big constrictor getting dangerously close to him from a branch) “Fuck off, mate.” 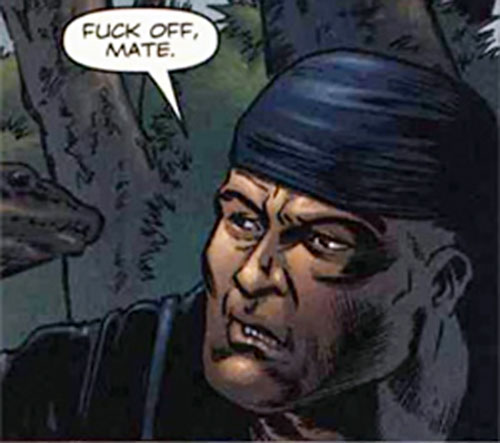 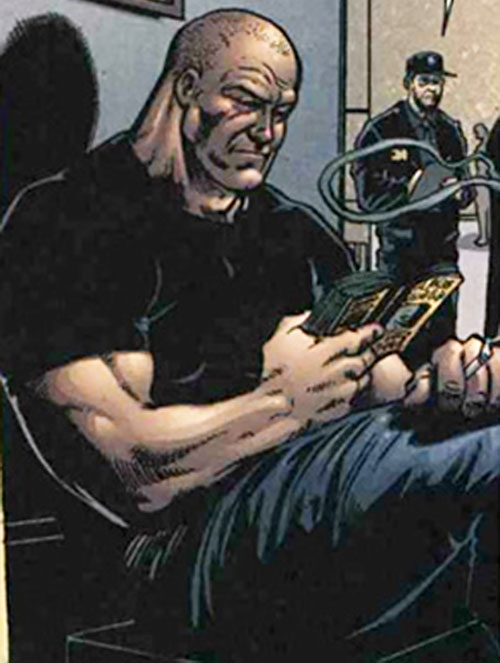