The Specialist is a highly gifted athlete and martial artist.

His physical prowess reaches peak human levels in most areas. And he’s highly proficient with various martial arts weaponry of the 21st century.

The Specialist is an elite field operative/assassin for Stark/Fujikawa, operating mostly in the spirit of the ancient samurai.

He first met Spider-Man 2099 when the later was attempting to protect known agitator Kasey Nash (who happened to be the girlfriend of Spider-Man’s brother). In actuality, the Specialist had been covertly manipulated by Tyler Stone, of the Alchemax corporation, to fight Spider-Man, who had just defeated an elite agent of Alchemax named Venture.

While Spider-Man 2099 thought a person without cybernetic enhancements would be easy to beat, he was defeated and almost unmasked in short order. Still, he fought long enough for Kasey Nash to steal a police vehicle and make her getaway with him. Unfortunately, the Specialist grabbed Spider-Man before they could completely lift off.

The Specialist acts according to a reasonably credible version of the Bushido while doing his job. He’s almost fastidious, or possibly obsessive, about it – see the quotes.

While he’s a hired killer, he’s above everything else a professional. He will offer numerous chances to surrender to his opponents, but will never hesitate to fight to the death. He has a slight, threatening sense of humor, but is mostly businesslike.

When irritated, he curses in Japanese.

“It would not be honorable to kill a man who is anonymous. However, a man of honor does not hide his identity. This one will make you into an honorable man by removing that mask. Once this one has seen the face of his enemy, he may then kill him in a manner befitting a warrior.”

Given the timelessness of his honor code, the Specialist could come from any time period. Still, he’s more interesting as a living anachronism.

Note that, with his skills, he’s pretty interesting as a time travel agent, especially if the method of time travelling prohibits bringing gear with the traveller.

Among other things, he could be a denizen of the alternate future seen in Hex (which is bound to exist somewhere in Hypertime ). 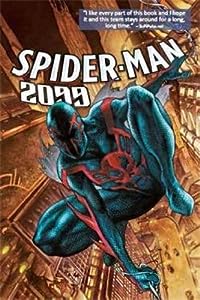