It featured a team of three low-cinematic  S.H.I.E.L.D. soldiers (Steiner, Foss, Li) which would be useful in RPG campaigns that feature S.H.I.E.L.D. agents and/or military operations.

Steiner is a trained S.H.I.E.L.D. commando. She is an excellent demolition and EOD  specialist.

Unlike the other members of the patrol, she was not an hardened killer. Thus, she was somewhat shaken when she killed her first man. But she did not let it show much and proved herself a reliable, professional soldier.

Steiner started her career as a German cop in Hamburg – as part of the bomb squad. She was curious and liked to experiment with explosive ordnance as part of her job. Thus, she quickly became every bit as adept with building and setting explosives as she was at disposing of them.

She presumably saw service with German forces as a U.N. peacekeeper neutralizing mines and explosives before graduating to S.H.I.E.L.D.

She was chosen as the demolition specialist in a patrol led by Nick Fury himself. The mission was an attempt to prevent a major international incident. Her skills were pivotal in the partial success of that mission, but she was killed when the patrol unexpectedly encountered superior enemy forces at point blank range.

Steiner is calm and professional, but she’s also very curious.

After she had to kill, she simply had to ask Fury how to live with it and justify the use of deadly violence – a question Fury answered in his own jaded yet sincere way.

She does not see herself as a wild warrior, just an efficient technical specialist.

(Answering a stupid macho question by some desk jockey) “I’m not someone you think you’ve seen in a movie, sir. I just do my job.” 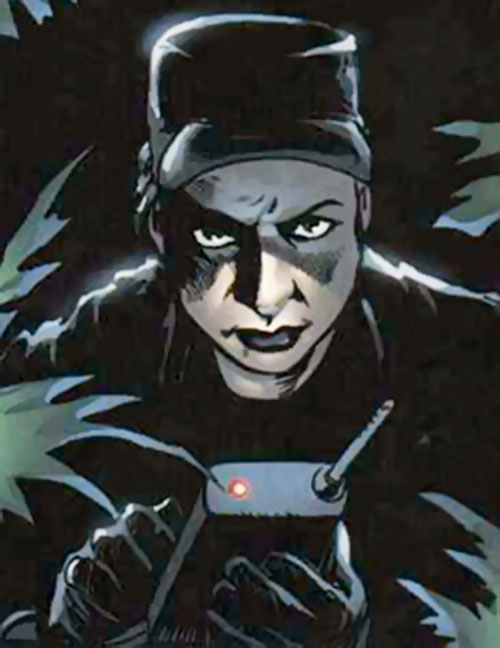