This obscure character has all of one appearance, in Feature Comics #66 (1943).

He’s mstly of interest for being a very early character named “Spider Man” (no hyphen), and to a lesser extend for the… unique… visuals.

None demonstrated. The Spider Man just rides on top of his iron spider, cackles and gives it orders. He’s completely useless otherwise. Our game stats generously assume that he could run maintenance on the robot.

Said robot is called Herman. It is shaped like a giant spider with iron armour plating. It is equipped with gas sprayers within its mandibles. Herman is surprisingly fast and strong but can be clobbered by a sufficiently brawny human.

Apparently the Spider Man directed Herman by speaking to it. This implies that the spider had advanced artificial intelligence and speech recognition capabilities.

The Spider Man was a fifth columnist . In 1943, he launched a campaign of terror and murder against the workers of a major defence factory. As the grisly murders continued night after night the workers started fleeing the town. This genuinely damaged the war effort.

His efforts attracted the attention of two costumed heroes, the Spider Widow and the Raven. They of course defeated him – allowing war production to resume undaunted. Buy war bonds !

A very short man only wearing briefs and Wildcat’s mask, except two fangs have been glued on the mask.

I wouldn’t go that far.

“Won’t Adolf be glad when he hears we captured the Widow ! Careful Herman, don’t crush her !”

Bonuses and Limitations:
Shrinking is Always On and Already Factored In (movement speed is 02).

Equipment:
HERMAN THE ROBOT SPIDER [DEX 06 STR 06 BODY 06, Chemical attack: 05, Claws: 06, Growth: 02, Bonuses & Limitations: Growth is Always On and Already Factored In, MPR (cannot set itself upright when on its back, apparently].

The Spider Man only appears for a few panels in a very short story, and the stats are inevitably speculative. The mastery of the Gadgetry Skill and the German language are assumptions, for instance.

Writeup completed on the 9th of February, 2010. 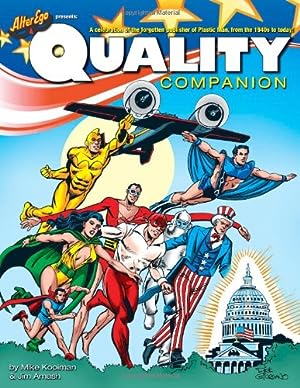 The Quality Companion: Celebrating the Forgotten Publisher of Plastic Man 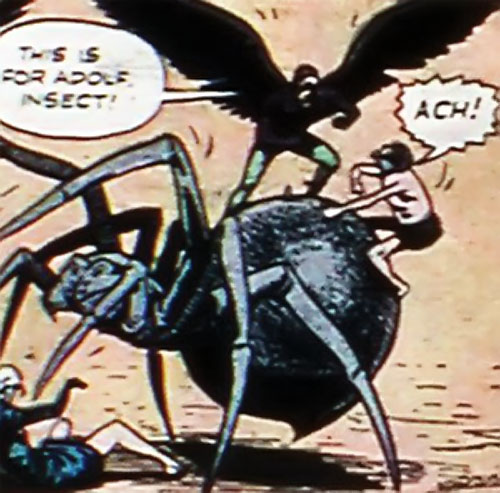 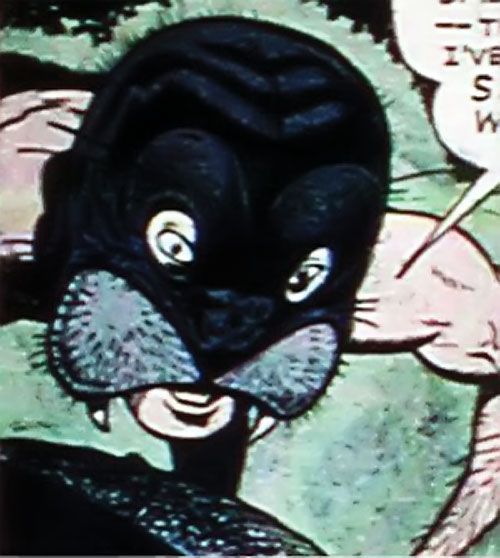 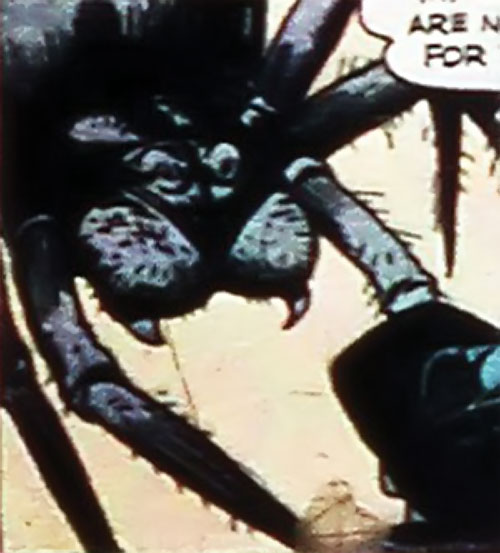 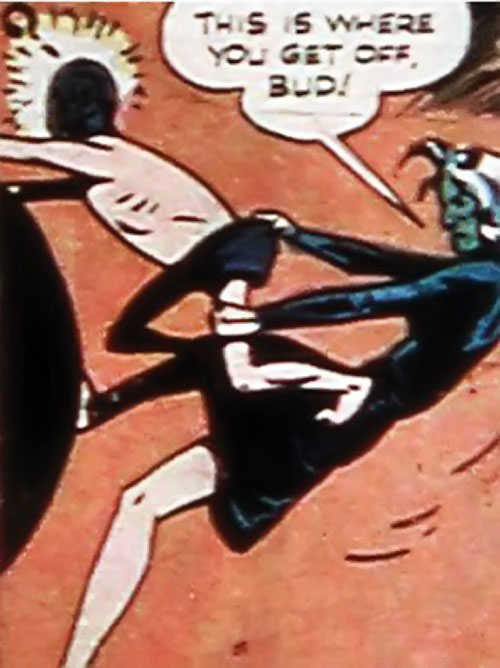