This mutagenic serum was isolated by Professor Louis Kort, from London. It was an attempt at recreating the Jonathan Drew spider-serums by reverse-engineering them from Spider-Woman (Jessica Drew)’s organism.

It was synthesized in 1977. Agents of Hydra had mesmerized Spider-Woman and were holding Kort’s daughter as an hostage, to force the Professor’s hand.

Not only was it an imperfect brew, but it couldn’t have recreated Spider-Woman’s powers. Ms. Drew had received decade-long treatments by the High Evolutionary to make her what she is.

Still, the serum could mutate Alicia Masters into a powerful spidery chimera. The documented abilities of this monster were:

Her durability seemed high, but not superhuman. Sufficient small-arms fire might have been able to kill her. Had Ben Grimm been willing to hit her with enough force, he would likely have been able to quickly take her out.

Furthermore, her metabolism likely was unsustainable. She had a life expectancy measured in days or perhaps even hours.

If you are using our Leòn Genetic Sequence framework, it would make sense that only a person with a level of LGS activity can be mutated (Alicia is LGS-positive).

It seems that Hydra was never again able to duplicate the Kort serum. They only narrowly managed to grab one sample in the first place, as their operations were interrupted by the Thing and Shang-Chi.

Alicia was incapacitated by Susan Storm-Richards after rampaging through central London and fighting the Thing and Spider-Woman. Professor Kort was able to undo the mutagenic effects and restore Alicia without any sequellae.

Back in a New York groove

Decades later, in 2011, Spider-Woman and the Thing fetched Ms. Masters so Dr. Richards could analyse her blood. Manhattan’s entire population was turning into spider monsters and/or getting spider powers.

Dr. Richards thought that analyzing Alicia’s immune system and how it had been affected by the Kort serum decades before might provide insight into curing Manhattanites. However, the organism of Eddie Brock in his Anti-Venom identity soon proved to be a more interesting lead.

Drawbacks:
Strange Appearance, Serious Rage, Misc.: the subject can only mindlessly lash out and follow orders from their handler (though it’s likely possible to roll to resist for a while).

Equipment:
Alicia was outfitted with a chip on her brow. The mini-video camera within: 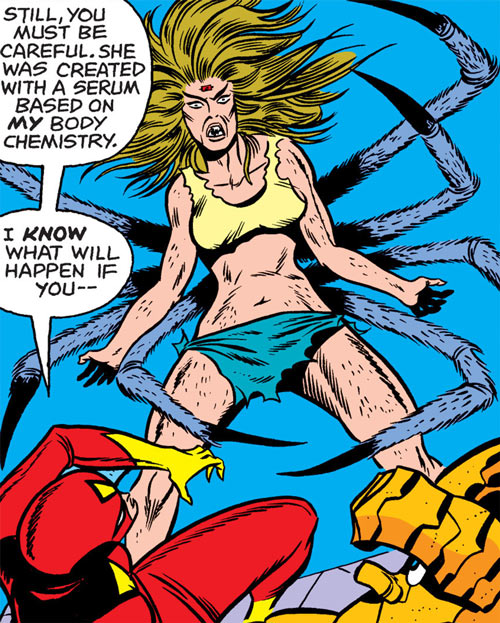 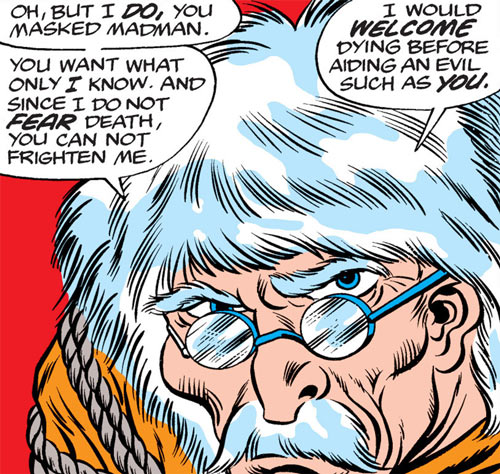