The Spirit of ’76 is an All-American, two-fisted action hero of World War Two, with the usual abilities.

His shtick was the bulletproof, fireproof cape he wore. He could draw it to use it like a shield, and it could stop a flamethrower or a hail of small arms fire.

Originally a member of the Crusaders as “The Spirit Of ’76”, William and his compatriots were given their costumes and training by “Alfie”. They believed this man to be a representative of the British government.

They clashed with the Invaders (and Captain America (Steve Rogers)). The Crusaders disbanded when they discovered that “Alfie” was a Nazi. Their group had been duped by the Third Reich.

However, the Spirit Of ’76 continued to fight against Nazi oppression as an independent agent.

When Steve Rogers and “Bucky” Barnes disappeared, Harry Truman approached William about taking over the role until the original Captain America returned. William accepted, becoming the second person to take the costume.

He served through the completion of the war as part of the Invaders, with Fred Davis as the replacement Bucky. After the war he and Bucky served as a member of the All-Winners Squad.

In 1946 he was killed in action battling an evil android named Adam II. Nasland was attempting to prevent the assassination of a Boston congressional candidate, John F. Kennedy. He was found dying by Jeff Mace, the Patriot of the Liberty Legion. Jeff took the costume and shield, continuing the legacy, and defeating Adam II.

The Spirit of ’76 costume features black boots, gloves, eye mask, belt, and American colonial style hat. He wore blue stretch fabric ’pants’, and white stretch fabric top, which was complete with a groovy collar and ten stars, in a circle, about his torso. He also bore a big honkin’ red cape.

Also, the gloves had this sort of stylized wing thing (well, two of ’em) on each one.

As Cap II, he wore an exact replica of the costume. His shield, however, was just a tough steel shield, as the original was lost to the ocean at that time.

Nasland was a decent choice to replace Steve Rogers. He held almost exactly the same values as his predecessor. He was directly patriotic and truly believed in his country, which was also the case for Cap back then.

Nasland was almost intimidated by having been chosen as the new Captain America, which was an unbelievable honor to him. He strove with all his strength to keep the fact that Cap was dead secret, and to be worthy of the Captain America costume.

Helper(s): The description is taken from Firebomb ’s MSH writeup ; the History comes from a sigma.net/capt_am/ (defunct). 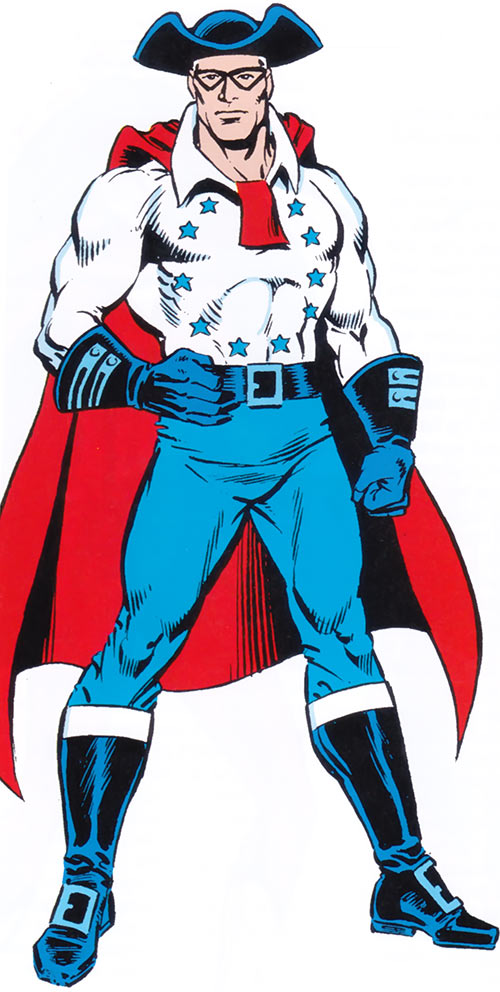 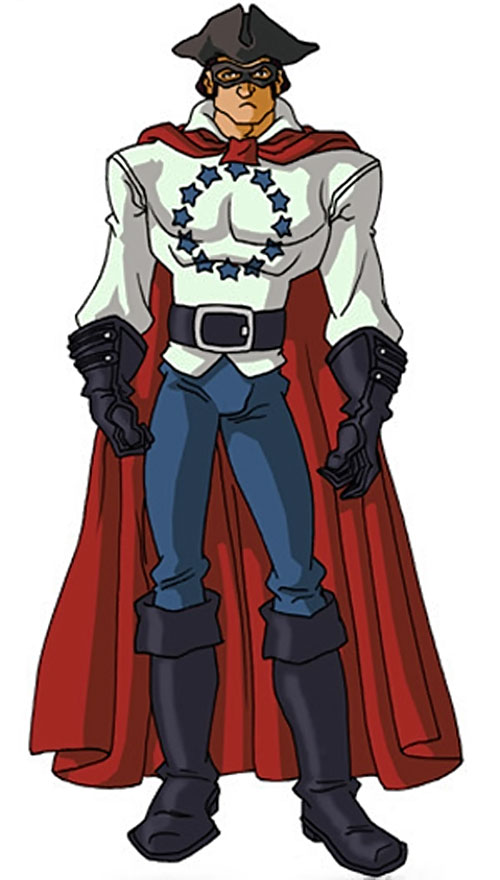 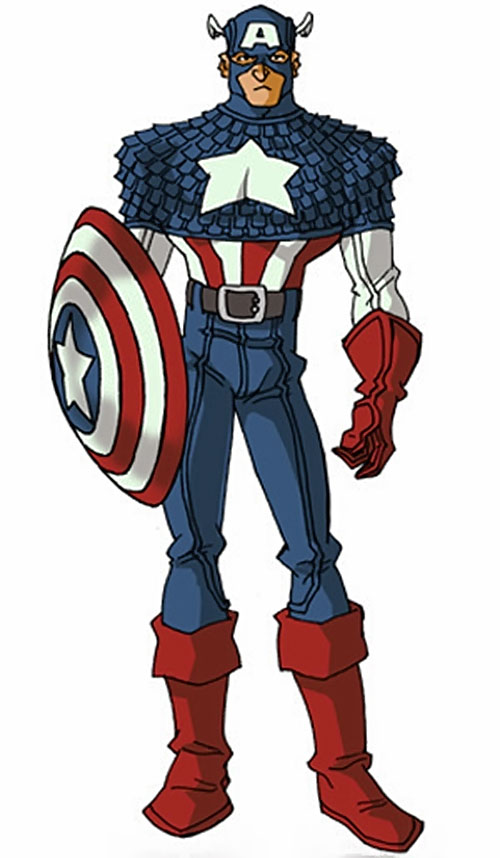