Spite golems are rock-like magical constructs, possessing great strength and durability. Though they walk ponderously and cannot run, their huge fists can punch through stone walls, and they can perceive the spirits of living beings (in DC Heroes terms, Life Sense).

Spite golems radiate a strong, very contagious feeling of spite and hatred ; it might occasionally result in opponents attacking their own allies and/or breaking rank, but most fighting forces who have the ability to project to the Plane of Hate are unlikely to be actually swayed by this effect.

Spite golems are particularly noted for their extraordinary resistance to magic of all kinds. Spells simply crash and shatter upon their stony bodies ; even powerful enchanters who have mastered spells that break such resistances are hard-pressed to actually affect a spite golem with their magic.

This means that spite golems have to be overcome through brute strength, despite most tactics used by the best fighting forces on Norrath relying on magic.

Some postulate that spite golems actually adsorb magical energy, which they might use for subsistence or growth. According to that theory, the radiation of hatred from a spite golem comes from long-term absorption of hate energy from their native environment.

Very little is known about spite golems. There is a rumour that they are actually more or less undead, being the spirit of dead shamans worshipping Innoruuk , the God of Hate, animating a husk of magical stone – but there is little to substantiate that hypothesis.

Almost all spite golems that have been seen were encountered on the Plane of Hate – the seat of Innoruuk’s power. The known portions of this plane are akin to a gloomy, sinister, Gothic city of large size, with a intricate hierarchy governing which district the servants of Innoruuk are allowed to inhabit.

The spite golems amble among these denizens, though it is unclear whether they solely act as guardians or are part of society there.

Spite golems emit a distinctive noise of rock grinding against rock ; though some postulate that this is a language of sorts, it may simply be a side effect of their animation dweomers .

Hard to say. Spite golems are almost certainly sapient  and fight intelligently, but it’s hard to tell whether they have free will and other such lofty assets.

Spite golems make for fine faceless, obviously evil otherdimensional invaders, though unlike the Mindless Ones they possess intelligence. They could easily serve the likes of Mordru, Baron Mordo, Master Darque, Nekra, Child, etc.

See our FAQ for a discussion about MMO adaptations. The Weltanschauung informing the power levels is that of a very early Everquest level – back when soloing was extremely hard, PC power levels low, the game pretty punishing, reaching level 50 was remarkable, etc. 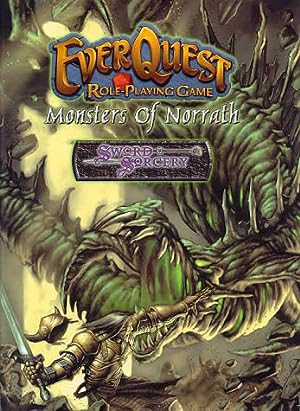 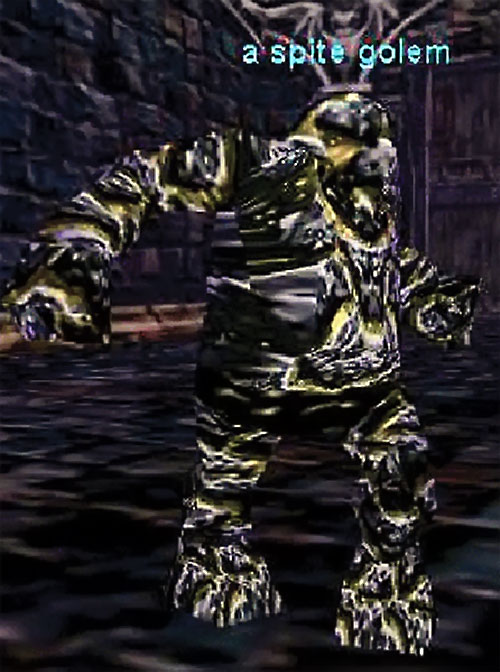