The Lady Crichton is aged. Furthermore, she has experienced severe medical conditions such as paralysed legs and a cancer. Still, she is in remarkably vital condition given her age, antecedents and career as a super-heroine.

It was believed for decades that Jacqueline’s powers faded away after the war. Howbeit, the loss of her superspeed was psychosomatic – she was still physiologically superhuman. For instance, her cancer remission was only possible because of this.

The speed of blood

Another oddity of Spitfire’s mutated body is the effect the “blood” of the android Human Torch has on it. Impossibly, a full transfusion will heal all wounds and eliminate all signs of ageing. It will make her a fresh-faced, athletic, unusually healthy 16-year old again.

This is a very thorough, unique process. For instance it burned off all the fat accumulated over the decades to power the transformation.

The regeneration closed even recent, major wounds so neatly that no scar tissue was visible.

The shocks to the British economy during the 1970s and 1980s were not kind to Falsworth Industries. Though the Lady Crichton and her staff saved the company, it would never truly recover its power.

Even during the boom of the early 1990s, Falsworth Industries was not seeing much growth. It remained a large company, though.

In 1980, with Kenneth away in art school, Jacqueline returned to Falsworth Manor. There, she took care of her aged father. Though still in jolly good health and having kept all his mental faculties, the Lord Falsworth was in his 90s – if not a centenarian. He thus needed the help.

In school, Kenneth Crichton became a close friend of a working class student named Joey Chapman. Social status was not the only difference between the two, as Chapman was exceptionally strong and athletic.

Though the aristocratic and middle-aged Lady Crichton wasn’t enthused to see the Lord Crichton pall around with the lower classes, Chapman eventually won her over.

It’s in the Blood

In 1981, a slasher prowled in the Falsworth Manor area. Lord Falsworth was dead certain that it was a returned Baron Blood. 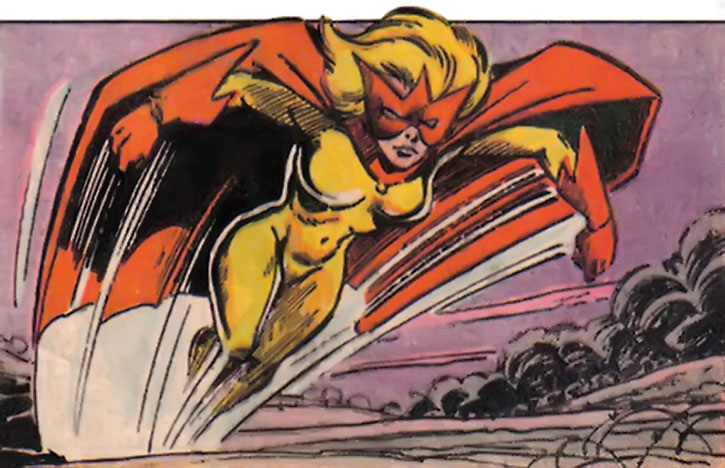 He summoned Captain America (Steve Rogers). Rogers soon confirmed that the staked skeleton of Baron Blood kept at the Tower of London had been replaced by a fake.

The occupants of the Manor, including Kenneth and Joey, rallied around Cap and the venerable Union Jack. Together, they worked to find and destroy Blood.

The stubborn Lord Falsworth insisted on wearing his Union Jack costume to provoke Blood into attacking. Chapman improved on that plan by volunteering to wear the costume. He was far more able to defend himself than the aged Lord Falsworth.

The modified plan worked. Blood was tricked into attacking a man he thought was his elderly brother. He ended up being decapitated by Captain America.

As Baron Blood’s body and head were burned separately, the satisfied Lord Falsworth allowed himself to pass away.

As he had hoped, Chapman became the new Union Jack, and Jacqueline took over the corporate responsibilities of her father.

As Jackie entered her 60s, her psychosomatic issues worsened. She thus lost the use of her legs. Some years later she also developed a cancer, but her enhanced metabolism destroyed the tumours in early 1990.

The Lady Crichton was still at the sanatorium when, mere hours after she learned that her cancer had vanished, a nurse was attacked. A former lover of this young woman was a superhuman mutant, trying to kill his ex.

Faced with a life or death situation, Jacqueline was suddenly able not just to walk, but to run at a superhuman speed just like in her heydays. She saved the nurse. However, she had to kill the psychotic young man, who already had murdered a security guard.

Saving the nurse lifted the guilt and the psychomatic paralysis from Jacqueline. She finally came to terms with the horrors of the war.

In 1991, Prince Namor and the original Human Torch (Jim Hammond) were captured in Berlin by Axl Nacht’s agents.

Their ally Namorita escaped. Namor having told her that his most reliable contact in Europe was the Lady Crichton, ’Nita flew to England.

The respectable dowager attempted to help Namorita round up some support. But the Avengers were not available. Lady Crichton thus switched to plan B.

She took Namorita to a 1945 experimental plane which she had kept on her domain. She also called in Union Jack (Joe Chapman). The trio rushed to Berlin and invaded Nacht’s base. Jackie armed herself with the vintage Lee-Enfield rifle kept in the plane.

During the rescue operation, Lady Crichton was confronted by Freiderich Kraus, a Nazi scientist. To prevent Kraus from foiling the rescue, Crichton produced another burst of super-speed and knocked him down. This accidentally killed the very old man, who was only kept alive by fragile equipment.

However, Kraus fatally shot her in return.

Recognising Jackie, the Torch decided to perform a second life-saving transfusion. He already knew that her organism reacted very strongly to his “blood”.

Even he did not expect what happened, though.

As an old lady, Jacqueline mostly lived in the past and her memories of being Spitfire.

However, she wallowed in the worst moments and in particular the death of the combat medic in 1942 or 1943, rather than her own heroism. She described herself as a “bitter, defeated, self-pitying old woman”. Though of course she kept appearances up.

Nearly everybody she had loved had died, and her company was not doing well. This led her to fear that her management might have damaged the familial holdings.

Jacqueline Falsworth-Crichton (in her old age)

Bonuses and Limitations:
Acrobatics is Contingent Upon Superspeed.

For a while she suffered from a SPR (Paralysed legs) and a MPR (while her cancer is active – miscellaneous cancer and cancer treatment symptoms).

In the closing years of his life, her father became a Dependent for Jacqueline.

Close attack 2 and more from Superspeed and Superspeed Blows in those rare cases where her Powers are active.

The Tiring construction means that she seldom can use her powers, as she’ll need Hero Points to withstand the stress. This represents the effort of will necessary to activate her superspeed at this stage. 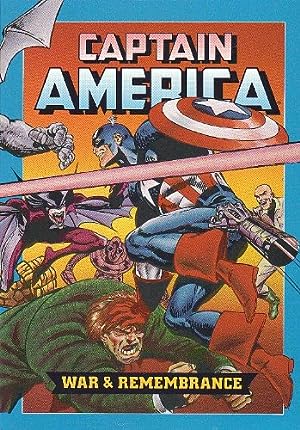 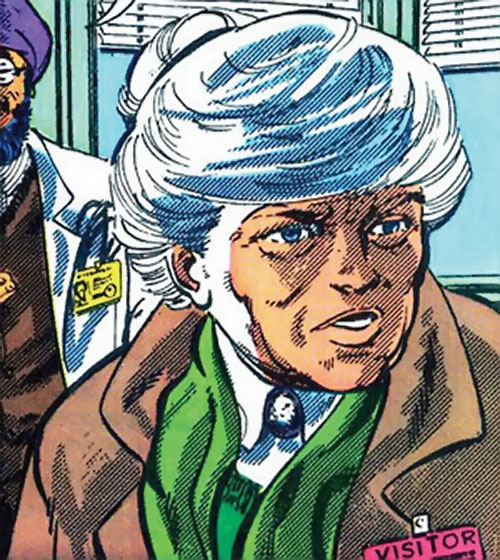 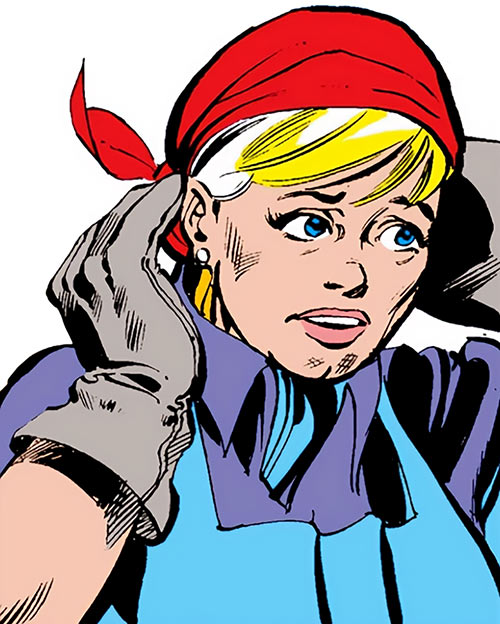 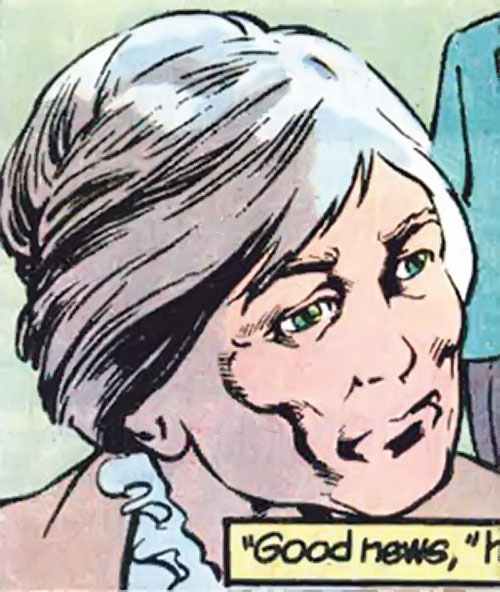