In his prime, Stan Hansen was considered one of the meanest and strongest criminal enforcers in Japan. During the 1980s, his partnership with Bruiser Brody made them the two most feared gaijin in Japan. Even the Yakuza, by-and-large, steered clear of them.

Hansen still has superhuman strength, endurance, and the ability to draw on a mysterious power source to energize his left arm. He can do so for an unlimited amount of time, and uses this to:

It is, for all intents and purposes, the Texan Iron Fist.

Stan Hansen was born in a small town in Texas in 1950. He got into trouble before he was into his teens.

A brawler and troublemaker, he was lucky to avoid jail time. He made his living between the ages of 16 and 25 as a farmhand, cowboy, and roustabout, wandering around Texas and Oklahoma. He dabbled in robbery, providing the muscle to whatever gang he linked up with.

It was not until Hansen committed his first bank robbery that he did jail time. Hansen and his partners robbed a bank in Oklahoma City and made off with a quarter of a million dollars. He was arrested within a week and convicted of armed robbery.

While he was not carrying a gun at the time, Hansen was charged with armed robbery due to his superhuman strength. He was sent to the Balboa Island Federal Penitentiary in the Gulf of Mexico, designed to hold convicts with metahuman abilities.

In 1982, Hansen and his cellmates, Frank “Bruiser Brody” Goodish, escaped prison. They reached Puerto Rico, where they could hide. The pair earned enough money to pay the men hiding them through theft, smuggling, and protection rackets. Eventually, one of their contacts helped them make it out of U.S. territory and into the Japanese underworld.

Hansen and Brody quickly adapted to the Japanese culture. They respected it when it smoothed their path, and trampling on it when it stood in their way. They made contacts within the Yakuza that greatly helped. This led to working for Japanese sports-hero-turned-mob boss, Giant Baba. They were such an intimidating force that few were willing to refuse Baba.

Hansen learned the secrets of manipulating his chi  from Baba’s partner, Tommy “Jumbo” Tsuruta. While Tsuruta could use this to boost his overall strength, speed, and endurance, Hansen’s control was limited. He could use it only to affect his left arm.

While on a smuggling run in Puerto Rico in 1987, Brody ran afoul of a an old rival, The Invader. He knifed Brody to death in front of almost a dozen witnesses. Due to both the underworld nature of the crime and the fear of anyone capable of killing the infamous Bruiser Brody with a common knife, the Invader was never punished, either within or outside of the law.

Hansen made a trip to Puerto Rico in 1989 to avenge his partner’s death. But he fled the island a week later, on the run from The Invader and his underlings.

The Invader died of cancer in ’92, before Hansen could return to extract his revenge.

Hansen returned to Japan, where he has lived since then. After Baba’s death in 1999 and Jumbo’s death in 2000, Hansen has worked for Baba’s widow. He has since been promoted to a senior position within the organization. This is both out of honor for his years of service, and due to his recent physical deterioration.

Stan Hansen is a burly, Texan man with an unkempt head of graying reddish-blond hair, a thick moustache, a mouthful of tobacco, and a heavy squint.

Whatever else he’s wearing at the time, Hansen has on a black cowboy hat and a pair of boots with the word “Texas” written down the side.

Hansen plays up the “mean cowboy” routine. He’s been doing the “crotchety mean old bastard bit” since he was in his 20s, and it’s become second nature. He’s certainly not above spitting tobacco spit in the face of an enemy, just to be a dick.

Despite his over-the-top cowboy routine, he’s seen so much and earned the respect and/or fear of so many, that occasionally he slips into an “elder statesman”-like role. Even then, his wisdom comes with a lot of condescension, anecdotes about the way things “used to be” or “are for real men” and a great deal of foul language.

He could have been an interesting figure in the 1980s Japanese adventures of Manhunter (Mark Shaw).

Source of Character: Professional Wrestling, Additional information from View from the Rising Sun by Masanorie Horie (on Geocities, and thus now defunct). 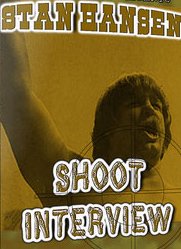 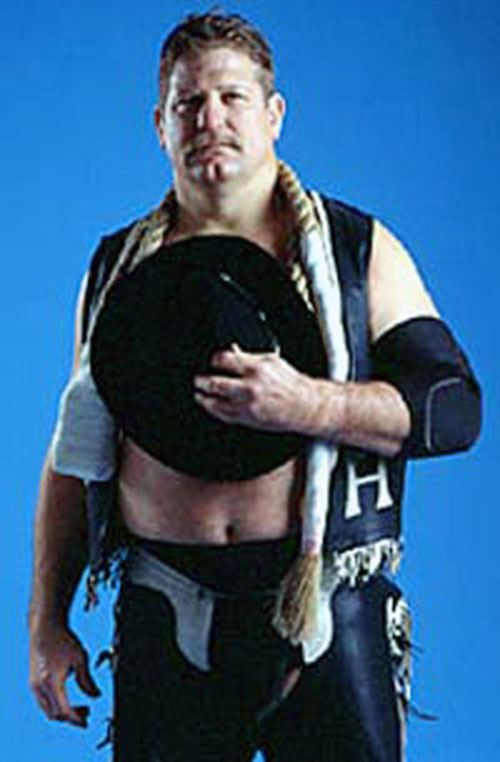