Thom has the ability to draw the mass of stars and transfer it to a target. This greatly increases the target’s density and weight without increasing its strength. Thom can turn his powers on himself, increasing his density and strength.

After drinking pureed Space Whale meat, Thom gained a slew of Daxamite-like powers, as well as “Electric Vision” and the ability to belch flames.

Thom Kallor was born with the power to transfer mass from the stars into any object he points at. With this power, he became a member and the leader of the Xanthusian super-hero team the Amazers.

Thom entered the competition for the title of Champion of Xanthu. But it was interrupted when Kid Quantum, another contestant, was chosen to represent Xanthu in the United Planets’s new Legion of Super-Heroes. Quantum was killed in action shortly afterward, and Thom, code-named Star Boy, was selected as his replacement.

On his way to report to the Legion, Thom’s ship was accidentally shot by miners. He was in the miners’ hospital for several months. Star Boy was pressed into active membership with casts still on his hands at the same time as Gates. This was a result of political pressure on Cosmic Boy, a fact that had not met with universal approval.

Also not receiving enthusiastic response from his teammates has been new powers that he developed as a result of the accident. These may come from some Space whale meat he was secretly fed by the miners, who shot one for their own safety and did not like his protests over the fact.

The new powers included super-strength, x-ray vision and electrical vision. But they were unpredictable and caused some injuries to his fellow Legionnaires.

Thom would like to stay with the Legion, especially since Brainiac 5 has pledged to work on the new-powers problem. But the Xanthusian government decided they’d rather have him return home to reap the benefits of the honor of having a Legionnaire amongst them.

The Legion later interviewed applicants for membership following the loss of seven members through time. During these Star Boy became smitten with the precognitive Dreamer. He began a romance with her, despite her rejection for membership.

Thom has dusty brown hair and blue eyes. He wears a black and white uniform with a bright yellow star on the front and gold arm bands.

Thom is the most irresponsible of the Legionnaires, often charging head-first into battle. A bit of a hot-head, Thom’s impulsive nature was curbed when Leviathan died. 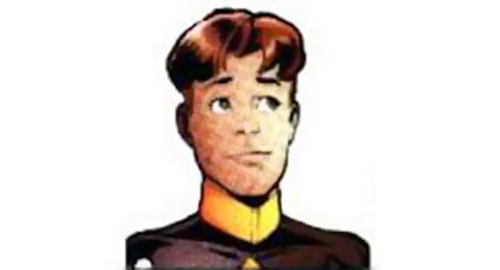 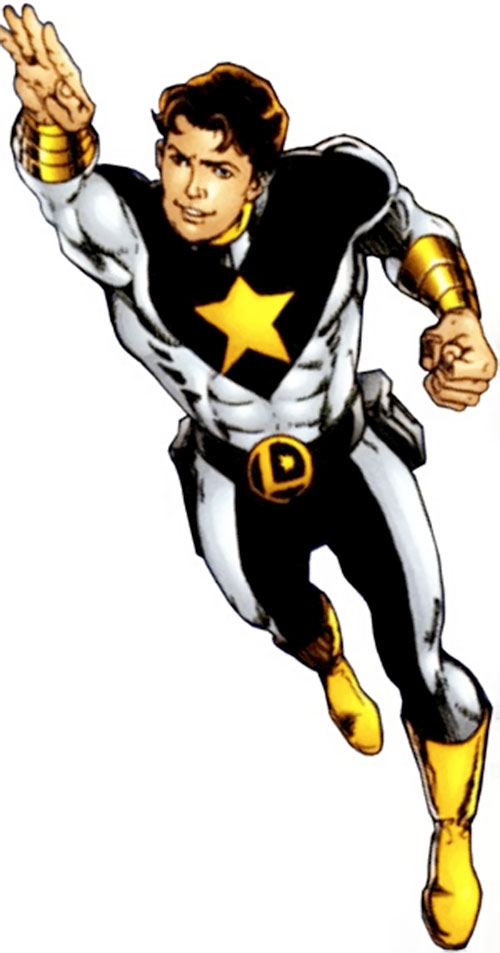