Eventually, the material of The Cage and the character of Captain Pike were worked back into the Star Trek continuity as an ill-fated Kirk predecessor.

This writeup *well* precedes the Star Trek: Discovery material. And thus doesn’t cover it due to our world-famous incompetence at time travel.

Christopher Pike was a highly capable Starfleet officer. He was entrusted with one of the first of the premium Constitution class Starships, the U.S.S. Enterprise.

He earned this posting through a combination of military and exploratory skills appropriate for command on the frontier of known space.

Pike was born in 2215 in Mojave on Earth. He enjoyed rides in the countryside during his youth, so much so that it was one of the things that he daydreamed about returning home for as an adult. When he reached adulthood, Pike joined Starfleet and established himself as one of its finest officers.

Christopher Pike became the second Captain of the original Enterprise in 2250. He continued the Enterprise’s mission of exploration with two five-year missions. During this time Pike worked with Spock, the first Vulcan in Starfleet, who would become a renowned science officer in later years.

A major mission was the Enterprise’s visit to Talos IV in 2254. The Talosians, whose technology granted them the power of illusion, kidnapped Pike.

They hoped to breed Pike with Vina, a beautiful human female whom had been stranded on Talos IV eighteen years earlier. The Talosians needed servants to maintain their machines — they spent too much time in their dream worlds and had begun to atrophy physically.

Pike refused despite the Talosians attempts to tempt him in a variety of illusory settings. In the end, Pike decided it would be better to die than help create a race of slaves. Sensing his seriousness, the Talosians mercifully relented, even though it would eventually doom them to extinction.

Pike asked Vina if she wanted to leave Talos IV with him, but she refused. The crash that had stranded her had also terribly injured her. The Talosians did the best they could to help her, but they had never seen a human before, so they didn’t know how to put Vina back together. Consequently, Vina’s beauty and health were in fact illusions of the Talosians.

Pike respected her wishes, and the Talosians gave Vina both her original illusion of vitality and the belief that Pike had decided to stay with her.

In the wake of that mission, Starfleet passed General Order 7, which forbade travel to Talos IV on penalty of death. This was due both to a desire to prevent anyone else from possibly being captured by the Talosians and the concern that the Federation might succumb to the same temptations of virtual reality that the Talosians had.

Pike was promoted to Fleet Captain in 2263 and handed command of the Enterprise over to James T. Kirk.

In 2266, Pike’s career came to an effective end. He had been exposed to delta-ray radiation while saving a crewman during an accident on a class-J training vessel. The radiation scarred Pike horribly and crippled him as well. The Fleet Captain was now dependent on a motorized chair for mobility and could only communicate by flashing a light on the chair’s console.

His old friend and crew mate Spock hijacked the Enterprise. He took Pike back to Talos IV. There, the Talosians took Pike in and he joined Vina in living out the rest of his life in an illusion of health and happiness.

Christopher Pike’s work continues to be recognized in the current century. One of Starfleet’s highest commendations is the Christopher Pike Medal of Valor and Pike city on Cestus III is named after him.

Gene Roddenberry — the Star Trek creator — describes The Cage and what happened.

Pike looks like a model for a military recruitment ad. He’s a tall, trim, clean-cut Caucasian man with smooth, handsome features, close-cropped dark hair, and piercing blue eyes. His eyes have a gleam of intelligence and compassion, with a hint of deeply buried pain from the losses that come with the burden of command in dangerous situations.

After his tragic accident, Pike was confined to a hoverchair. This is a large boxy metallic chair that enclosed most of Pike’s body. His still-exposed head had extensive burn scars and most of his hair had gone white.

In public, Christopher Pike was the very model of a Starfleet Captain: courageous, intelligent, resolute, and charismatic. In private, Pike struggled with a great many doubts. At the time of the Talos IV mission, he had recently lost some crew members during a battle on Rigel VII and held himself personally responsible for the deaths.

Christopher also felt the isolation of being the sole flag officer on a deep space vessel very keenly. This is a trait the Talosians exploited when they tried to help Vina seduce him with their illusions. He only shared these concerns with his Chief Medical Officer and never let them show when he was on-duty.

In some ways Pike was a tragic figure. His temperament was that of a peaceful man interested in intellectual pursuits. Nevertheless, his sense of responsibility drove him into a command position, where he excelled despite his personal dissatisfaction.

This air of tragedy was only enhanced by his final fate, though it seems that Pike found some measure of peace in the Talosian dreamscape with Vina.

“Our destination is the Talos Star Group. Our time-warp — factor seven. Engage.”

The Enterprise crew has encountered the X-Men on several occasions, including a crossover with the Kirk-era Enterprise. Pike and his crew could appear in the DCU in a similar manner, particularly if Hypertime  is involved.

Pike could also be used as a military officer in an encounter between conventional authorities and some extraordinary group. Examples include first contact with an alien species or a previously-hidden race such as the Atlanteans were at one time. He might provide a more sympathetic balance to another more suspicious officer or act as a liaison between the PCs and more conventional forces.

Equipment:
Laser [BODY 03, Laser Beam (No AV): 08. Pike’s missions of exploration took place before phasers had come into widespread use. His crew therefore relied on laser weapons for self-defense].

Pike after the accident

CHAIR [/BODY/ 04, Running: 01, Limitation: Italicized BODY is Partial and can be bypassed with a -1CS Trick Shot. This hoverchair provided Pike with very limited mobility. It also allowed him to communicate after a fashion by flashing a single light once for “yes” and twice for “no”].

Unlike later Star Trek characters, Pike and his contemporaries have a Wealth score since the Federation hadn’t enacted its moneyless economy at this point (AFAICT). 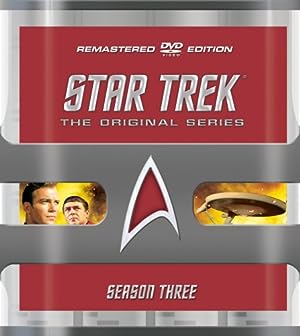