Dr. Bashir’s genetic enhancements provide him with exceptional physical and mental prowess. He’s a capable athlete, playing at a professional level in sports as diverse as racquetball and darts.

Even though its far outside his normal training and experience, Julian was sufficiently skilled at starship operation to simultaneously fly the Defiant through evasive maneuvers, hit enemy ships with phaser blasts, and call out damage reports and tactical updates. This is something that usually takes three separate crewmen.

He’s also easily operated vessels with which he had no previous experience.

Bashir is an excellent marksman and has successfully led tactical teams in combat on at least two occasions, repelling boarding parties on DS9 and commanding a guerilla squad during the Circle’s siege of the station.

Bashir’s greatest abilities are in his chosen field of medicine. He’s made revolutionary breakthroughs in very short times when attacking difficult medical problems, solving problems that were sometimes believed to be beyond current medical science.

Julian is the youngest candidate to date for the UFP Medical Council’s prestigious Carrington Award for his groundbreaking work on biomolecular replication.

His skills in other scientific fields are also extremely well-developed. He can make calculations to reconfigure shields or make complex warp drive maneuvers in his head in a matter of seconds, often faster than a computer can. Bashir also contributed in areas as esoteric as statistical predictions of future events during the Dominion War.

Thanks to his interest in spies and his friendship with former Cardassian intelligence agent Garak, Bashir picked up basics of spy craft such as surveillance techniques.

This in conjunction with his other abilities attracted the attention of the Federation’s rogue covert operations group Section 31, though Julian declined to join them due to his concerns with their moral laxity.

It became apparent in the early years of his education that he had some form of severe learning disability. His parents were so distraught over Julian’s difficulties that they eventually took him off-planet to a lab that illegally resequenced Julian’s genes. This enhanced his dexterity, coordination, eyesight, and intelligence greatly above the norm.

The family moved to a new place. Thus, when they came back to Earth, Julian’s improved abilities didn’t attract undue attention. As Julian bitterly noted, “There’s no stigma attached to success.”

Entering Starfleet Academy at the age of 18, Julian spent the next ten years becoming a Starfleet officer and a medical doctor. At graduation in 2369, Bashir blew a simple trick question on his final exam that kept him from being class salutatorian. But he was still able to get a prize post as Chief Medical Officer on Deep Space 9.

His academy scores and posting were impressive enough that he was given the brevet rank of Lieutenant Junior Grade rather than starting out at the rank of Ensign. He was promoted to full Lieutenant in 2372.

His work over the next four years showed that Bashir was the model of a Starfleet doctor and officer. This was to become a literal truth when Bashir was chosen to be the model for the next generation of holodoctor (a holographic artificial intelligence that could serve as medical support in crisis situations and in posts were crew members were at a premium).

Bashir underwent extensive examination for this process. This is when his genetic enhancements were revealed. This would have been grounds for dismissal from Starfleet, but Dr. Bashir’s father made a deal with the court to allow Julian to stay in service in exchange for his father’s guilty plea.

In 2374 Julian met with a group of genetically engineered savants. These unfortunates shared Julian’s intellect (even surpassed in some areas) but defects in their enhancements left them with profound personality disorders. Julian encouraged them to put their minds to work analyzing the on-going war between the Federation and the Dominion.

Though their prediction of the final outcome of the Dominion War was rejected and later disproven (they’d determined that Dominion victory was inevitable), other shorter-ranged predictions proved useful in Starfleet’s campaign planning.

The savants kept in regular contact with Dr. Bashir thereafter and even snuck back onto DS9 of their own initiative when one of their members needed help one year later.

Julian’s medical efforts contributed significantly to the end of the Dominion War in 2375. He developed a cure to the artificially-created plague that was killing the Changelings leading the Dominion. Offering this cure as part of ceasing hostilities helped convince the Dominion to agree to the treaty.

Shortly before the end of the war, Julian began a romantic relationship with Lieutenant Ezri Dax, DS9’s counselor.

Bashir is a slim male of Arabic descent, with a charming grin and large sparkling eyes.

Even when he was technically off-duty Julian usually wore his uniform, a reflection of the fact that as DS9’s CMO he was always on-call.

At the start of his career Bashir was brash and enthusiastic, so much so that a lot people found him a little irritating. The events of the next seven years sobered him quite a bit. But he still brings a lot of energy to his work that shines through his responsible demeanor.

When confronted with a medical crisis he’s driven, giving everything he has to resolving the problem at hand. He’ll also stand up to anyone who gets in his way, even such formidable personalities as Colonel Nerys and Captain Sisko.

Dr. Bashir takes the ethics of his profession very seriously. Hhas remained alone in war zones to help patients and provided medical assistance to enemies when necessary. But he will make an exception to the Hippocratic provision of “doing no harm” in cases of self-defense. He has thus shot down numerous enemies in ground combat and starship battles.

Julian’s feelings over his enhancement were mixed. He appreciated the abilities it gave him, but he felt that his earlier self had effectively been killed by the process. He also thought that his parents must have been ashamed of him to have him altered so drastically. He finally reconciled with his parents after the secret came out in 2373.

He also stopped hiding the extent of his abilities. His newly-revealed mental prowess as little disturbing to his friends at time, particularly when he would unemotionally discuss the facts concerning subjects such as the Federation’s likely fall to the Dominion.

Though he became well-liked and respected by the entire populace of DS9, his greatest friendships were with Chief Engineer Miles O’Brien and exiled Cardassian spy-turned-tailor Garak.

Miles provided an important emotional grounding for Julian, being a regular guy with a more-or-less stable family life. Meanwhile, Garak was one of the few people that provide mental challenges for Bashir.

He’s probably strongly but informally connected to Batman and Oracle, who would have sought his expert input on one occasion or another. But any other supergroups with medical questions would have undoubtedly consulted him at some point.

Bashir’s genetic enhancements were donez by a government contractor carrying out illegal experiments during the cold war. This contractor was eventually bought by Lexcorp. Lex Luthor tried to blackmail Julian with this information as part of Lexcorp’s hostile takeover attempt on S.T.A.R.Labs, threatening to reveal Julian as a freak of nature.

Julian decided to come forward first. Though ire was directed at him from some groups for being inhuman and a couple of criminal and covert intelligence groups have attempted to kidnap him for study, Julian has weathered the exposure well for the most part.

For the first two seasons of DS9, Dr. Bashir’s Motivation was closer to Thrill of Adventure.

Bashir had Dark Secret (Genetically Enhanced) until the secret was revealed in 2373. While he was hiding this secret Bashir had a CIA to greatly downplaying his mental abilities to avoid exposure. To use his INT or INT-Linked Skills at more than 8 APs or to use Lightning Calculator or Recall, Bashir had to roll against his CIA.

This 5-point Advantage allows the character to make complex mathematical calculations without using a calculator or computer.

Resources is not applicable because Starfleet provides anything that their personnel may reasonably need. 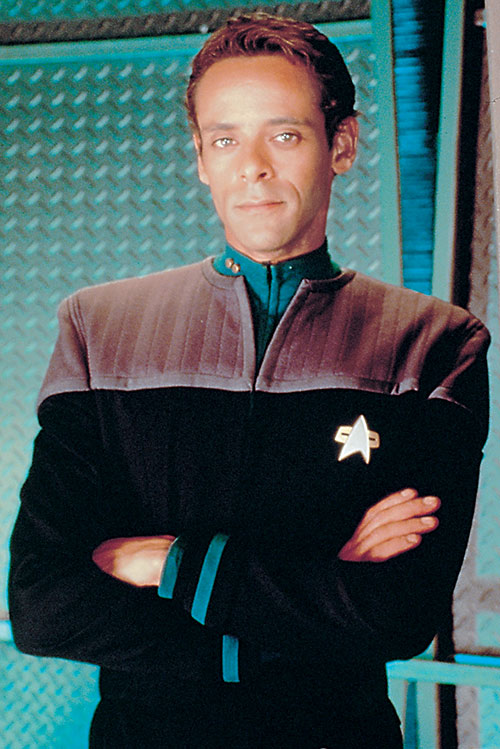 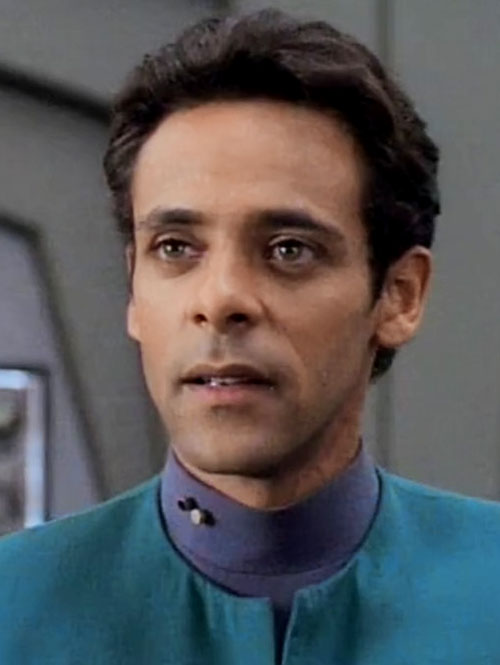