Starbolt is a classic flyer/blaster , whose flame is not dependent on oxygen. Although it sure looks like fire, it’s a different form of energy. 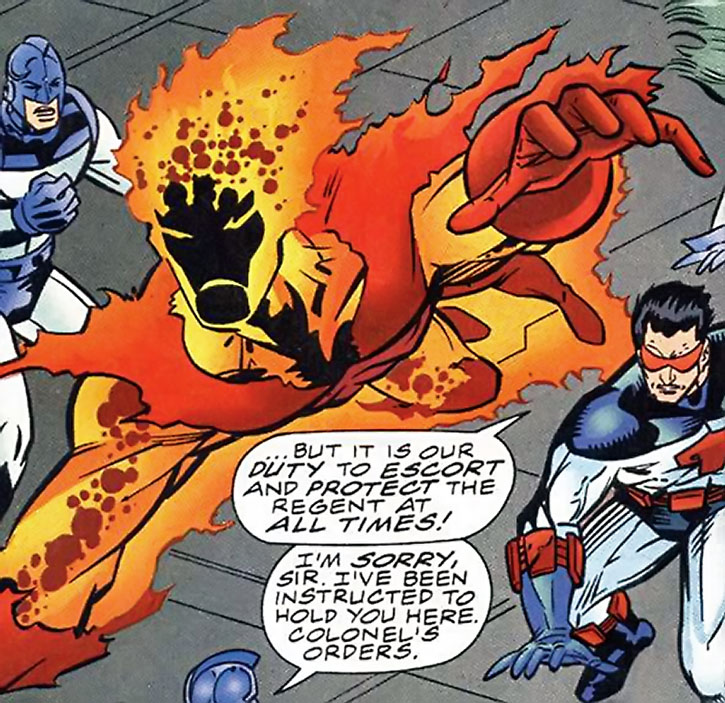 Like most Imperial Guardsmen, Starbolt has a military mindset and is mostly businesslike.

In battle, his default role is close air support for his teammates, flying high in order to have the best fire opportunities and mobility, and to have time to react to ground-based attacks.

The Imperial Guard is deliberately inspired from the Legion of Super-Heroes. Starbolt is probably the equivalent of Dirk Morgna, aka Sun Boy.