Janet Fraiser is an accomplished medical doctor specializing in rare and exotic diseases. Due to her experience with Goa’uld symbiotes, she has become highly knowledgeable about their biology.

Fraiser’s keen analytic instincts have been sharpened by constant exposure to otherworldly phenomena during her time with the SGC.

Soon after the inception of Stargate Command, Dr. Janet Fraiser was brought onto the staff to serve as chief medical officer. The military anticipated that her specialization in unusual diseases would be particularly useful for guarding the health of personnel routinely traveling to distant worlds.

This concern turned out to be well-founded and Fraiser soon had the opportunity to demonstrate the wisdom of assigning her to the SGC.

Though Fraiser impressed everyone at the SGC with her professional competence and personal character, she bonded most closely with Samantha Carter of SG-1. The two of them became close friends as well as an extremely capable problem-solving team.

When Fraiser met Cassandra, a child from the planet Hanka whose people had been killed by Goa’uld experimentation, she quickly became attached to the girl. Fraiser adopted Cassandra soon after, with Carter becoming an honorary aunt. The three of them spent a lot of social time together off base.

In 2003, several SG units were caught in battle with Anubis’s forces on the planet P3X-666. Dr. Fraiser was one of the emergency responders sent through the Stargate. Fraiser’s medical aid saved the life of Senior Airman Simon Wells, who had been seriously injured by a Jaffa staff weapon blast. Moments later she herself was hit by a similar blast and killed.

At Fraiser’s memorial service, her long-time friend Samantha Carter honored Janet by reading a list of the SGC personnel saved by the doctor’s actions during her time there. Wells likewise commemorated Janet by naming his newborn daughter after her.

In some of the alternate timelines and parallel universes Stargate Command has interacted with, Janet was not killed on P3X-666. In most cases, she has in fact assumed field duties as a member of SG-1.

Dr. Fraiser is a petite white female with shoulder length hair. Her usual bearing is professional but not distant, and when she smiles she looks a little pixieish.

Fraiser is friendly, out-going, and dedicated to her work. She is a very good team player, working well with others either as a partner or as an assistant depending on the relevant levels of expertise.

Janet is comfortable taking a subordinate position when others have greater skill or experience regarding the situation at hand. Yet she is also confidently assertive when her abilities and judgment are best suited to the circumstances.

Fraiser has a deft bedside manner. She is capable of using her medical authority to override superior officers firmly and authoritatively without causing undue conflict. This works even with powerful and somewhat contrary personalities such as Jack O’Neill.

Despite the dangerous challenges she faced as a doctor for people exploring new worlds, Fraiser always managed to stay calm and clear-headed.

The closest she came to snapping under pressure was when her daughter Cassandra was dying due to the Goa’uld scientist Nirrti’s experiments. Janet tranquilized the guard watching over Nirrti and compelled the Goa’uld’s cooperation at gunpoint.

This measure was ultimately successful and General Hammond kept the incident off of Fraiser’s record.

Fraiser: “Most female low-level primates tend to choose their sexual partners according to who would give them the strongest offspring. The leaders of a pack or a tribe are usually the prime choice. You should be flattered.”
O’Neill: “Oh yeah. I’m honored.”

Carter: “Yep. Well, Mama said there’d be days like this.”
Fraiser: “Really? My ex-husband said that. ‘are you out of your mind, honey buns? There is a reason they call it “this man’s army.”’”
Carter: “‘This man’s army ?’ Your husband actually said that ?”
Fraiser: “Yeah, so of course I explained to him it wasn’t the Army, it was the Air Force, and they’ve had women for decades.”

“Colonel, I can only guess at the effect this type of radiation may have on the human body. I recommend limited exposure—10, 15 minutes at most.”

Fraiser: “You can protest all you want, Colonel, but it’ll be a while before you get your strength back, so relax.”
O’Neill: “Oh, come on…”
Fraiser: “Ah ! Doctor’s orders.”

Fraiser could be imported along with the SGC. She might also appear as a metahuman medical specialist during emergencies such as the detonation of the Gene-Bomb, perishing during Zero Hour after applying critical aid to an injured hero. 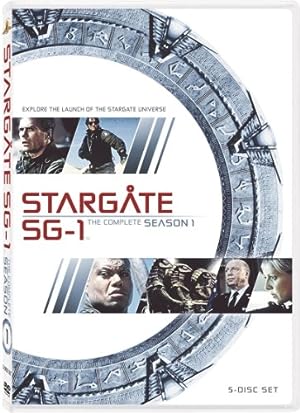 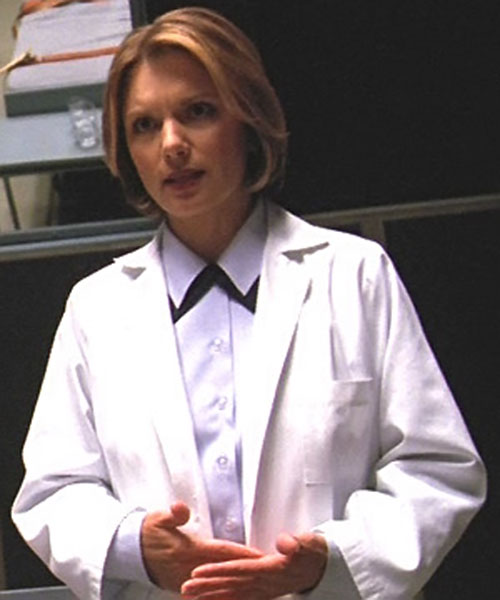 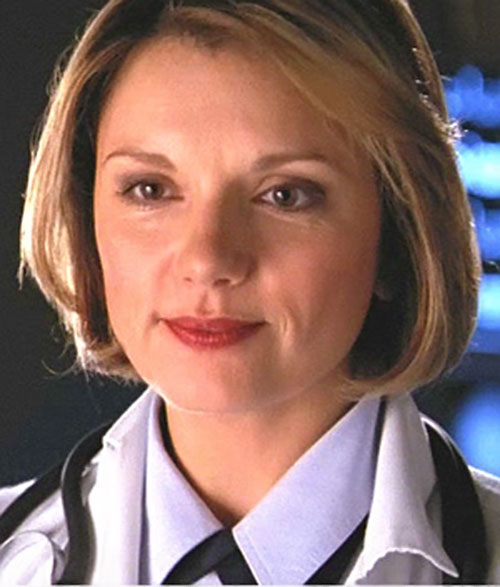 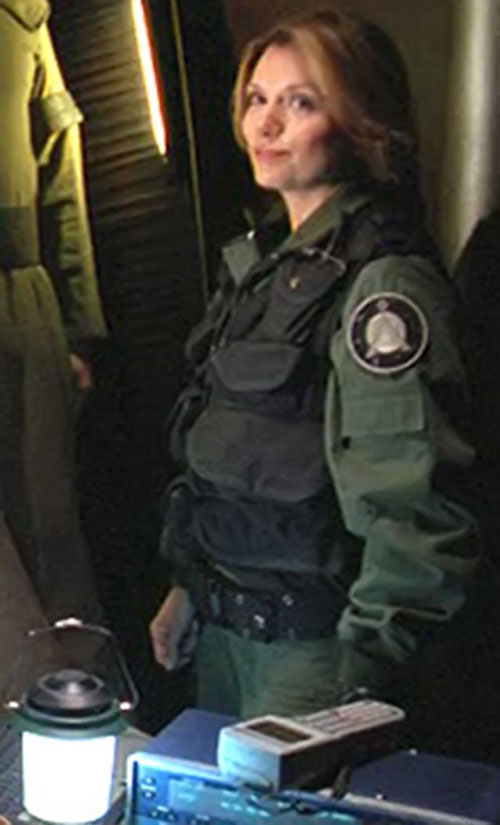 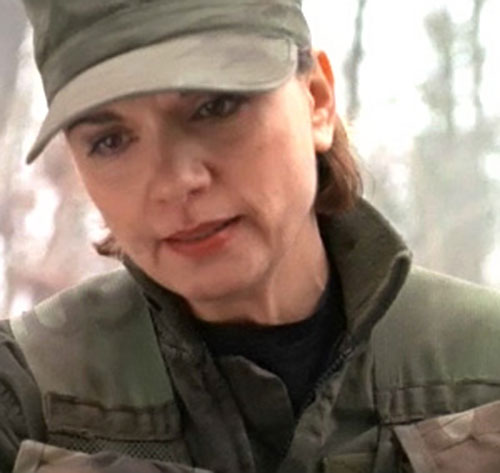