Stasis was one of the early Image Comics characters. She appeared in 1992, as Rob Liefeld’s Brigade launched.

It was awful, it went nowhere, and it sold by the truckload. The comic books bubble of the early 1990s was a peculiar time.

Back then the Image books still formed a single universe. It would later splinter into different continuities.

Stasis was generic and under-utilised. But she had an unusual power, and her genericity means that she’s easy to reuse in other context.

Erecting such a field requires significant concentration, and she stays largely immobile and gazing at her field. Apparently, gesturing helps set up the field.

Particularly powerful opponents can beat her field, though.

Stasis was in good shape and athletic, but not remarkably so.

Basically, she’s an area-of-effect debuffTemporarily lowering the acumen and strength of an opponent in battle, often through magic.-bot. No wonder her player got bored and exited the campaign. 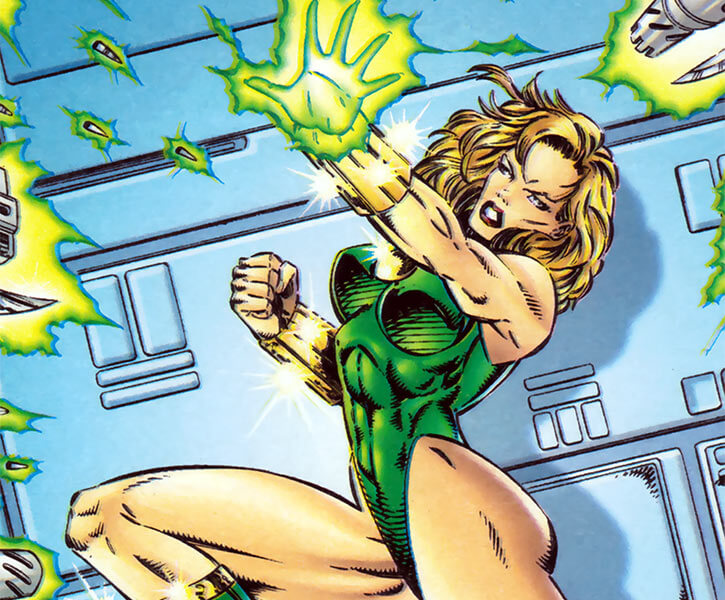 When Battlestone and Kayo assembled the Brigade “superhero” group, she was the last to be recruited.

She soon proved to be an important tactical asset. Stasis was part of the first documented Brigade operation – a mostly botched strike against hostage-taking terrorists. She was then caught in a fight against alien prince Genocide.

Along with the team she was teleported to Genocide’s home world, D’vor.

They eventually made it back to Earth after three months in space. Team member Atlas was killed whilst escaping from D’vor.

Just as they landed and exited their spaceship, Brigade was ambushed by the Bloodstrike governmental team. A priority target, Stasis was shot between the eyes before anybody could realise something was going on. 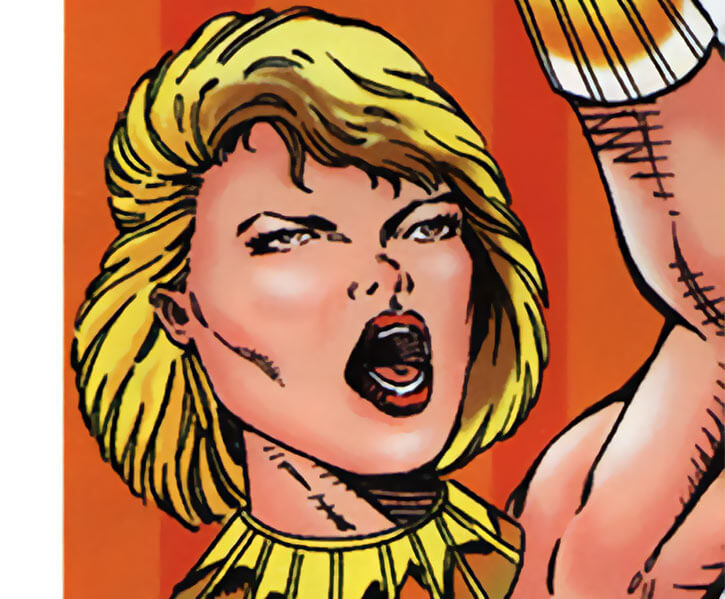 Stasis seemed to be reserved, perhaps even a bit shy.

She was far from being gung ho, and usually spoke up to express doubts and ask questions.

After three months with the others in a small spaceship, she was fed up with the team. She rightly saw them as macho idiots, and sycophants to the macho idiots.

She had in fact quit the team seconds before she was shot, making her murder even more gratuitous.

“I’m just curious — what exactly are we going to do with this thing ?”

Superhumanly powerful opponents can strain against Stasis’s anti-motion field with enough power to suddenly collapse it, resulting in an explosion of pure kinetic force.

Alternatively you can allow the trapped person to accumulate RAPs from Phase to Phase to gain the 10 RAPs. But then Stasis should be allowed to roll Friction Control/Friction Control against the person’s STR/STR and use her own RAPs to cancel the RAPs of the opponent.