Stature can grow to gigantic heights, of at least 30 feet, with the commensurate acquisition of body mass (possibly from the Kosmos dimension). This increases her strength and durability.

She can also shrink to an undetermined size.

She has received some self-defence training.

Cassie was young when her mother left her father, and her father, an electronics technician, supported them by stealing. At aged 4 she was taken in by her aunt and uncle when her father was sentenced to 5 years for burglary.

Upon his release he got a job at Stark International.

But when Cassie was diagnosed with a fatal heart condition, Scott was forced to steal Dr. Henry Pym’s Ant-Man equipment in order to rescue Dr. Erica Sondheim, whose skills were Cassie’s only hope of survival.

The rescue was successful, Cassie was treated and Scott was allowed to keep the Ant-Man uniform. He remained active in the identity, but tried to keep it secret from Cassie. He was unsuccessful, but she didn’t tell him she knew.

When Stark International fell into the hands of Obadiah Stane, Scott and Cassie relocated to California, where Scott formed his own electronics company, Electrolang, Inc.

At 11, she moved back to New York when her father was hired as the Fantastic Four’s technological expert, following Reed Richards apparent demise. During visits with her father, she became attracted to Kristoff Vernard, a 12-year old boy artificially implanted with Dr. Doom’s memories and knowledge. However, she was put off by his Doom-like armour.

Cassie discovered that Zarrko the Tomorrow Man was impersonating Kristoff’s manservant, Boris, as a spy for Hyperstorm. As a result, she was imprisoned until the Fantastic Four defeated Zarrko. When her father revealed his identity to her, she admitted she’d known it all along.

When the Fantastic Four apparently died in battle, Scott was hired by Oracle, Inc., and joined their Heroes for Hire team. Cassie accidentally reactivated the Super-Adaptoid android in their basement, and was absorbed by it. She managed to defeat it from within, with her father’s encouragement.

Scott later joined the Avengers. Soon after her mother won sole custody of Cassie, and she had to go and live with her and her new husband, NYPD officer Blake Burdick, who hated superheroes. Cassie was abducted by a killer, Charles Cooley, but rescued by her father and his teammate Jack of Hearts, who seemingly sacrificed his life in the process.

Cassie was devastated by her father’s later death during an attack on the Avengers by the deranged Scarlet Witch.

Unbeknownst to her father, Cassie had stolen Pym particles capsules from him for years. She had been taking them for a while. This resulted in her gaining size-changing powers.

Deciding to try the superhero life, she considered travelling to Los Angeles to find the young group of Runaways she’d heard about there. After seeing news reports about the Young Avengers in New York, though, she set out to find them.

She joined the team just before they faced Kang, and began to develop a mutual attraction with Iron Lad before he had to return to his own time.

It took her a while to realise she felt a similar attraction to Vision, who’d been programmed with Iron Lad’s mind, but they began to explore a relationship.

Unhappy with the illegality of the anti-registration stance, Stature stayed with her team until the death of Bill Foster (Goliath) during the first major clash between pro- and anti-registration forces. At that point she left the team, registering and being enrolled in the Initiative program.

Despite the team’s continued unwillingness to register, she kept in contact with them, especially the Vision, who made a point of meeting with her in disguise. When Osborn took control, she returned to the team.

When she and Vision were late to a team meeting as a chaos wave spread over the planet, they found the rest of the team incapacitated. They were summarily recruited by someone appearing to be the Scarlet Witch, despite Stature’s hostility. They were then dumped with the other members of what would become the Mighty Avengers, to deal with the problem of Chthon. 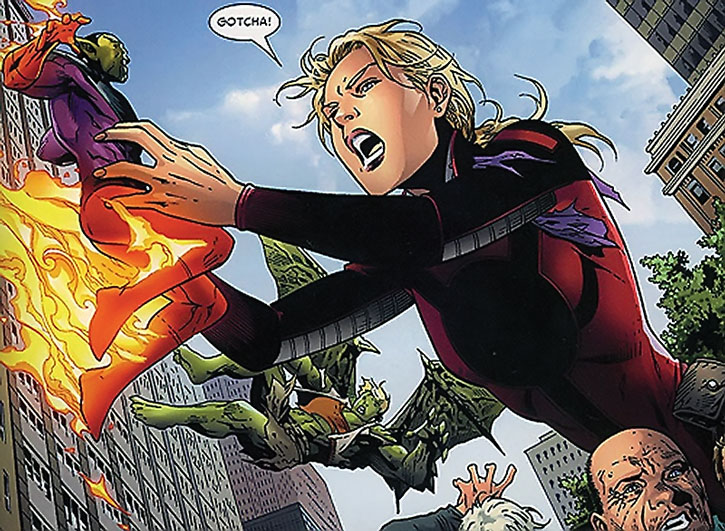 After the successful completion of the case they were considered members of the group without much consultation, being abducted by any doorway they passed through into Hank Pym’s Infinite Avengers Mansion. Stature was particularly uncomfortable with it due to the occasional presence of the Scarlet Witch.

The “Scarlet Witch” was ultimately revealed to be Loki, manipulating the team for his own amusement. Cassie was behind Pym in his plan to capture Loki, which succeeded, but she joined the others in leaving the team after Pym offered Loki membership.

Stature and Vision returned full time to the Young Avengers.

Unhappy to have anything to do with the Scarlet Witch, Stature held her peace due to her friendship with Billy and Tommy. But couldn’t bring herself to trust Wanda.

Despite being aware of the dangers, when the team were returned to the time of her father’s death, Cassie couldn’t resist running to him. Her interference led to him accompanying them back to their time. Her elation was short lived, as he soon appeared to be killed by Dr. Doom.

He wasn’t dead, just shrunk and unconscious, but the enraged Stature attacked Doom, knocking him around before he blasted and killed her.

The youngest member of the Young Avengers, Cassie is concurrently uncertain of herself but determined to live up to the heritage of her father. She can be trusting and very emotional, but not in a prone to hissy-fits manner, being more empathic about those around her.

Speed: “Just so I know : are we going to stand here and bicker all day or are we going to go fight the bad guys ?”
Stature: “We usually manage to do both at the same time. We’re that good.”

Early during her time in costume she had a Minor Irrational Attraction toward Reflexively engaging an AP of Growth when highly stressed. This seemed to have gone after her time with the Initiative.

Source of Character: Marvel Comics (Covers up to Children’s Crusade #9). 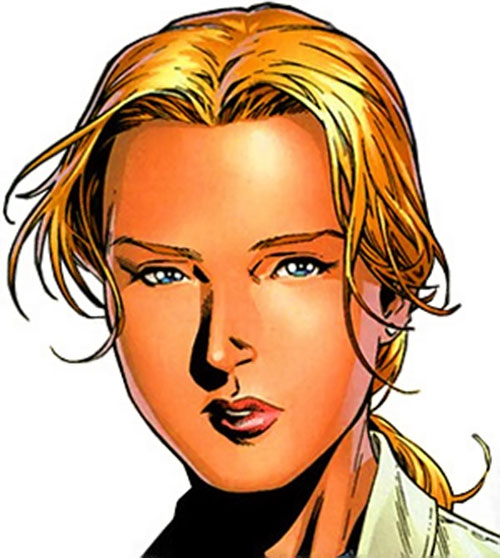 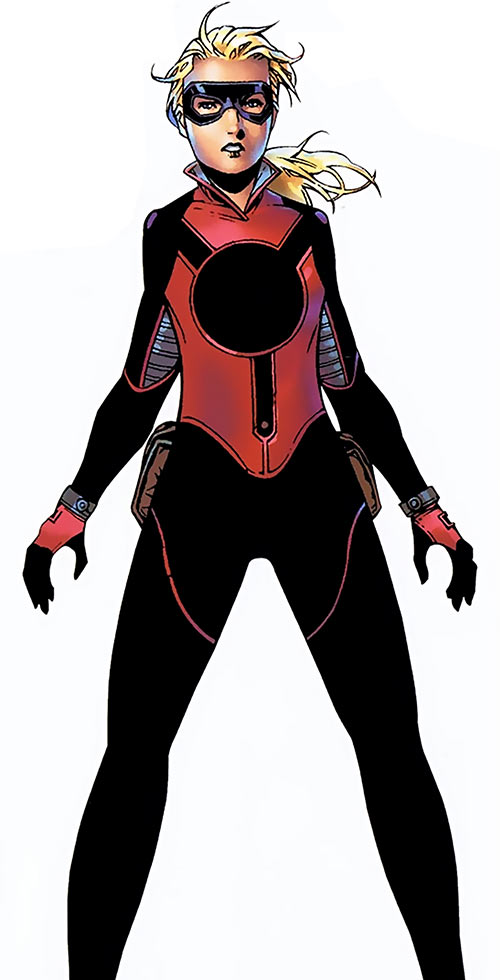 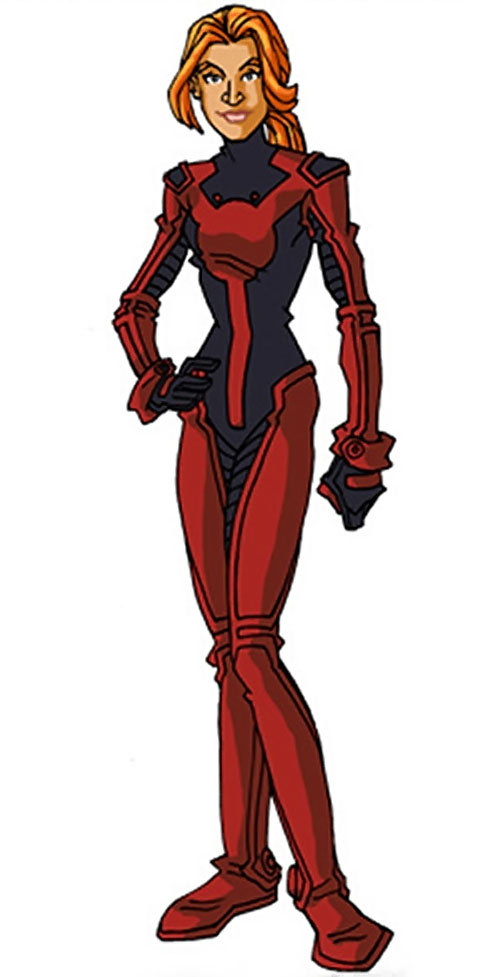 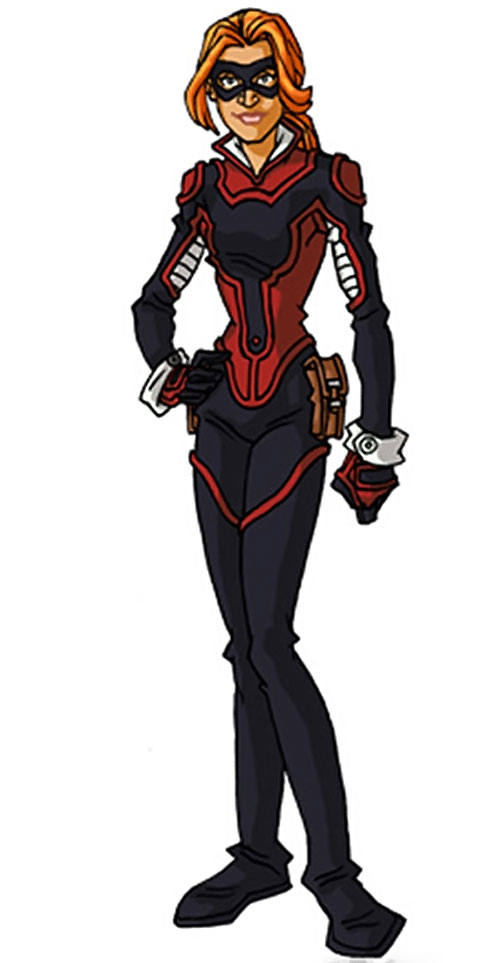 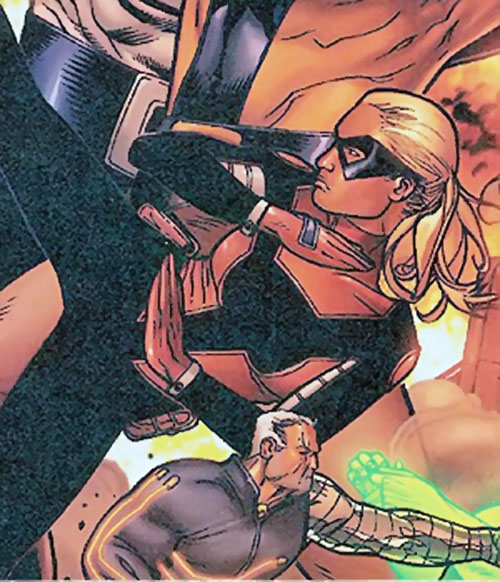 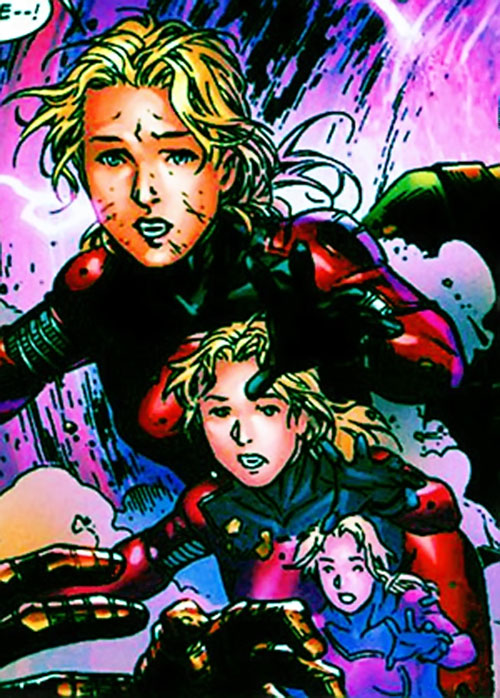 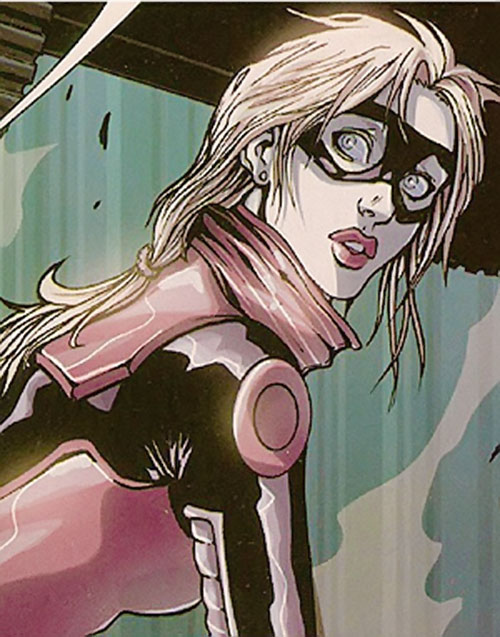 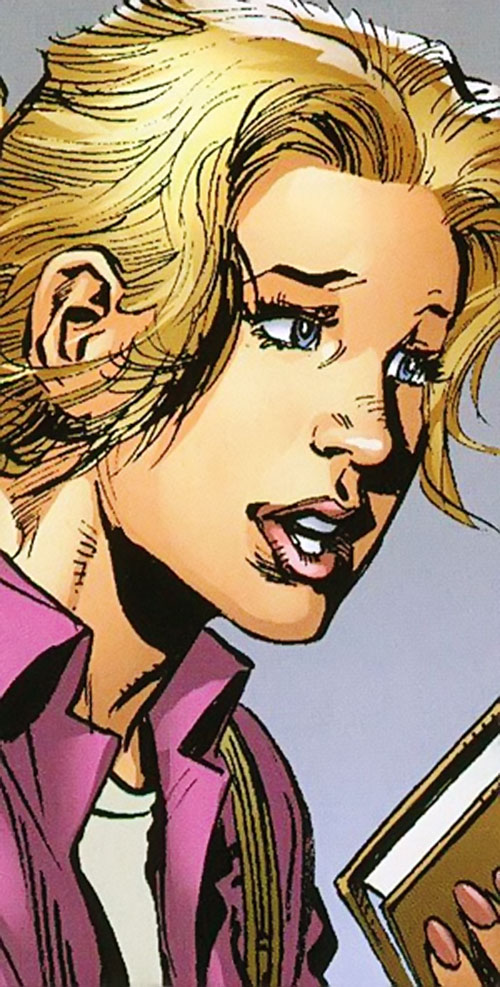