Steamroller is a stunt cyclist, apparently of some repute.

He rides a strange contraption that meshes a motorcycle and a steamroller. This surprising vehicle can ram or crush with great force (in DC Heroes terms, it uses its STR as EV).

Steamroller is the only person on the Demolition Team who actually tried to kill somebody. More generally, he seemed busy projecting a cool, hip, edgy, dangerous image as a bad boy and manly man.

He generally just drives around and smashes into stuff. But if given a chance he will perform a more spectacular attack, such as finding some sort of ramp to jump on his target with his “bike”. 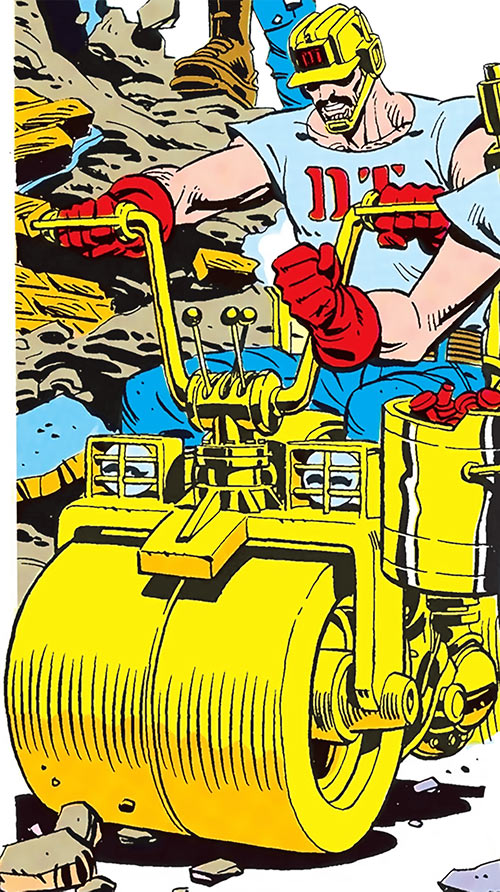 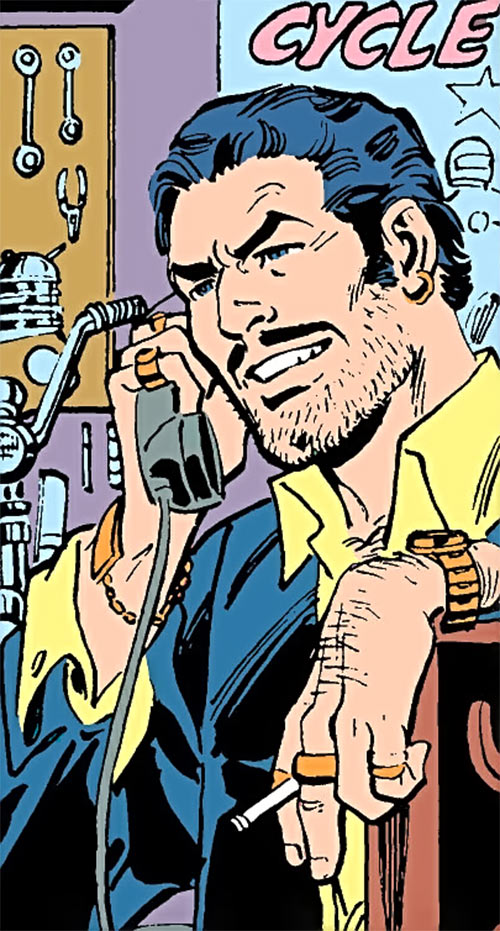