This profile is meant to be read *after* the Dragon 8162 character profile.

Which explains all the context, the history, etc..

Steel is huge, and his strength is borderline superhuman.

In a brawl, he’ll occasionally do a Mister T. That is, pick some guy and throw him a few dozen meters away. It’s efficient, non-lethal and intimidating. 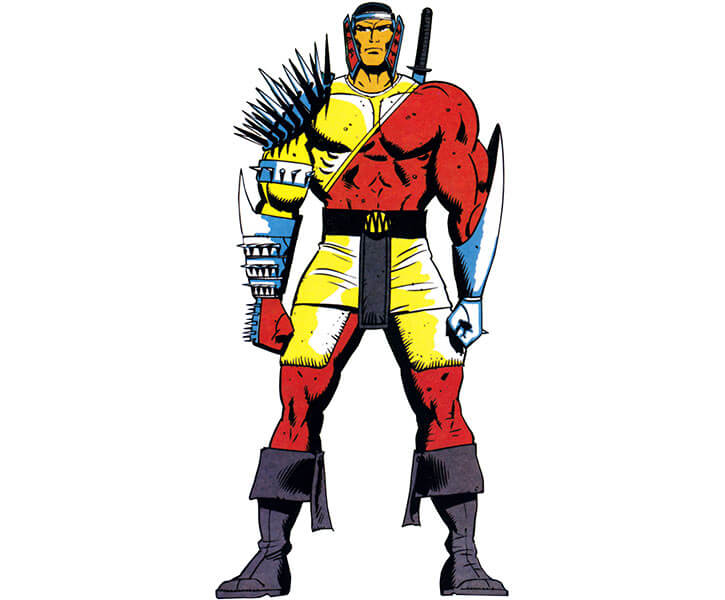 Born in Kobe, Japan, Ikeda found from an early age that he was a giant among his fellow men.

Doctors diagnosed that he possessed a hyperactive system. He was super-efficient at processing nutrients and proteins and transforming them to muscle.

Shunned by his people, Ikeda eventually began to think of himself as a freak of nature.

He decided that to truly belong he would have to place himself with other misfits. The Game fit the bill admirably.

However, standing in the way of Ikeda’s ambition was his tyrannical father, Shukei – a warlord within the Yakuza (the Japanese ’mob‘). With poverty and disease rife, the Yakuza held Japan in the palm of its hand.

Shukei called on Steel’s strong sense of honour, demanding that he act as his bodyguard. 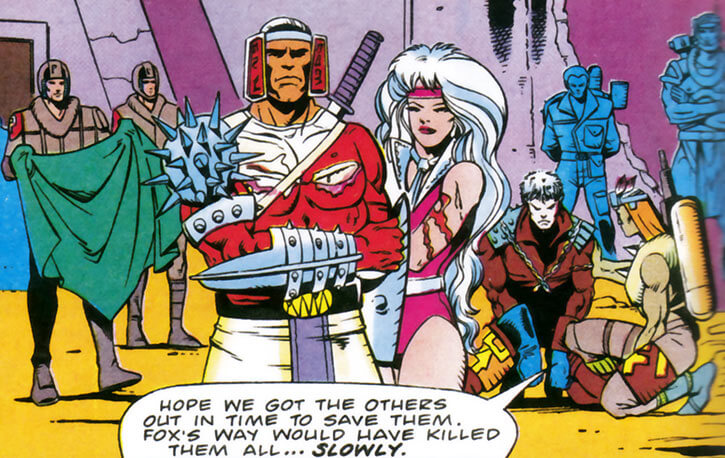 Then, in 8155, a movement describing itself as The People’s Co-operative began to gather force and support. They undermined the Yakuza’s hold.

Ikeda detested his father’s ruthless dealings, and secretly yearned to throw his support behind the PCO.

When East Tōkyō erupted into a vast battleground between the PCO’s supporters and the Yakuza, Steel faced the ultimate test of his loyalties.

His father fought and lost to the PCO’s leader, and was left helpless. Steel could have intervened and saved his father, but he judged that the battle had been honourably fought. He turned away, leaving the seedy underworld of Japan behind him forever.

Injured in the civil unrest that followed, Ikeda’s life was saved by Dragon (in Japan for the Game’s Tōkyō Grand Finale). A bond of mutual respect was forged between the two.

Thus, when the Claw’s blocker Megaton quit, Ikeda took his place. He assumed the name Steel as his Game handle.

A few years later, the Game was stopped by the WDC. Steel got into a lot of trouble and reckless behaviour, and was eventually sent into prison.

When N.U.R.S.E. reformed the Claws as a law enforcement unit under Dragon’s leadership, Steel was gotten out of prison and became a part of the Claws again.

Steel is mostly quiet, unusually articulate when he does speak, and intensely loyal to Dragon.

He sees himself as a misfit, and the only way to validate his existence is to have a clear role. Thus he adheres to the medieval bushidō, or something resembling it. He likes to do things in traditional, honourable ways.

Steel has a strong emotional investment in the Claws. It’s his reason for living.

Without Dragon’s guidance he tends to overthink everything, miring himself in unnecessary conundrums. Which greatly increases his odds of making bad decisions.

He’s also attracted toward Death Nell, one of the Evil Dead (and the least psychotic of the lot).

So generally, he was a stock 1980s Anglophone comics samurai tough guy. Which means there’s room for character development if you want, right ?

“We were the unwitting catalysts in this conflict, and must therefore put a stop to it – once for all. Our honour is at stake here !” 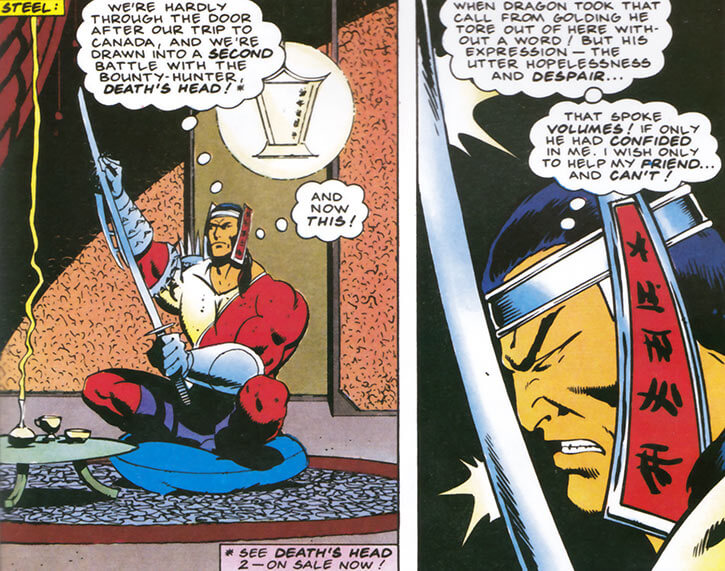