Steek Kommando is an obscure Marvel baddie, who appeared once in 1984. He’s from over-the-top WWII two-parter Sky Wolves. This story came complete with giant flying Hitler and a mountain mounted on gargantuan tank treads.

The story co-stars Sidney “the Gaffer” Levine, who would later become S.H.I.E.L.D.’s chief technologist. Therefore, I *assume* that it is in continuity.

This character appears for but a handful of panels, so much of the following is speculative — but everybody likes nice power armour designs, and fighting Nazis.

The Steel Kommando is apparently an elite soldier wearing power armour . His suit is armed with a mini-cannon mounted on each forearm, at least one of which fires proximity fuse-fitted shells for anti-aerial fire. 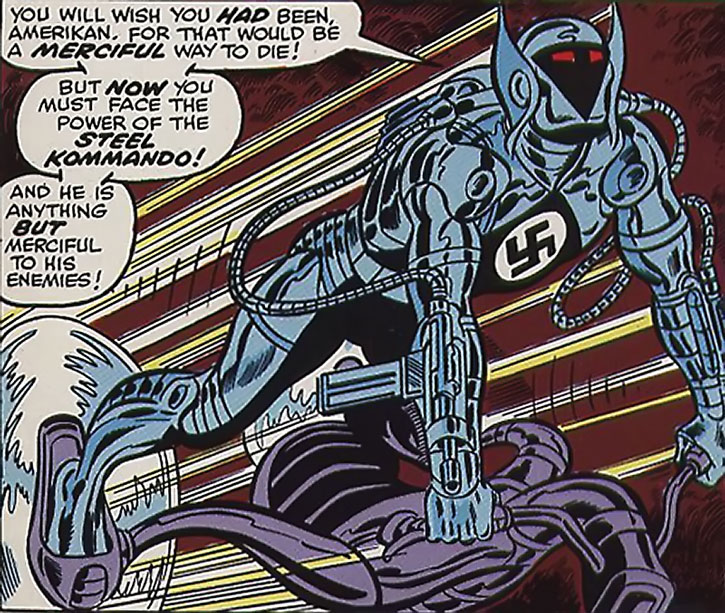 The armour may have other capacities than those listed here. The Cold Immunity and Telescopic Vision APs listed in the game stats are already on the speculative side of things.

He rides a sort of early version, propellers-driven version of the skycycle.

It’s not terribly important, honestly — he was just the elite henchman for the evilmadnazi general du jour during a WWII adventure.

Steel Kommando single-handedly engaged three of the Sky Wolves elite American operatives in their special aircraft. The Nazi managed to damage one of his foes, forcing him to land for repairs.

The Sky Wolves, however, set up a chain reaction in a nearby field of hovering Nazi mines (“sky mines”). The explosions engulfed the Steel Kommando before he could react, apparently killing him.

See the quote — it has everything you need to know.

“You will wish you had been [blown up by a sky mine], Amerikan, for that would be a merciful way to die ! But now you face the power of the Steel Kommando ! And he is anything but merciful to his enemies !” 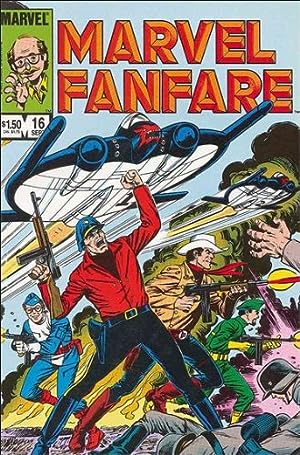 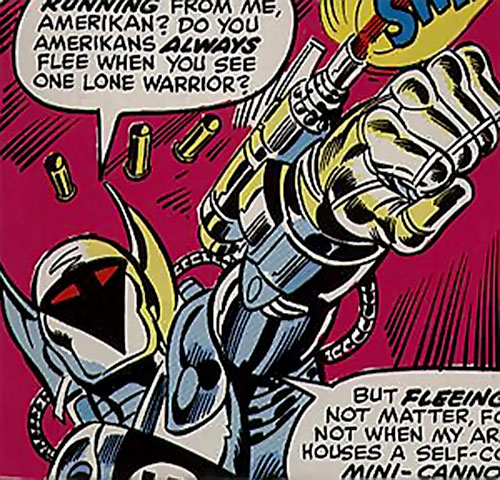