Sterling possesses steel hard skin and superstrength. Not even an artillery shell fired at point blank range can penetrate his skin. However he can be dominated by magic and stunned by a blow to the head.

His greatest worry are solar flare-ups, which cause his powers to ebb. His other powers include magnetic properties, and the ability to run his electrolyzed tongue across his teeth to tap telephone wires.

Sterling was also a skilled scientist and detective, as typical of the Golden Age’s omnicompetent heroes.

When his father was killed by gangsters, young John decided to become a crimefighter. Studying chemistry, he searched for something that would give him an edge in battle. What he found was a formula which, theoretically, would give his body the properties of steel.

Coating himself with the formula, he hesitated before taking the last step-diving into a cauldron of molten steel. Mustering his courage, he jumped in and emerged with tissue as mighty and impervious as metal, with magnetic properties to boot.

Rather than adopt a Secret Identity per se, John pretended the superhero was his brother. This gambit proved cumbersome, however, and was abandoned after several months in favor of John being Steel Sterling around the clock.

In a 1983 retelling of the origin story, Sterling is hypnotized by a star, which compels him to walk through flames at an iron foundry, whence he gets his powers. The star thereafter leads him to a garbage pail where his costume is mysteriously planted.

Steel Sterling was driven to fight injustice by the death of his father. However he displayed more of a heroic personality than the “Grim Avenger” type.

“As long as there are evil masterminds, we super cats will continue our ultrafight to see that right always triumphs !”

A guy who like to call himself the “Man of Steel” who’s powers are affected by the Sun… Hmmmm. 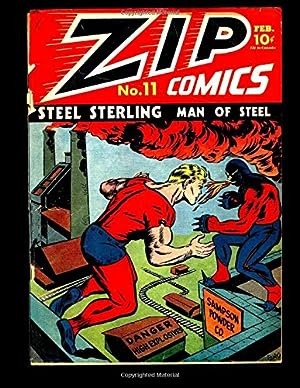 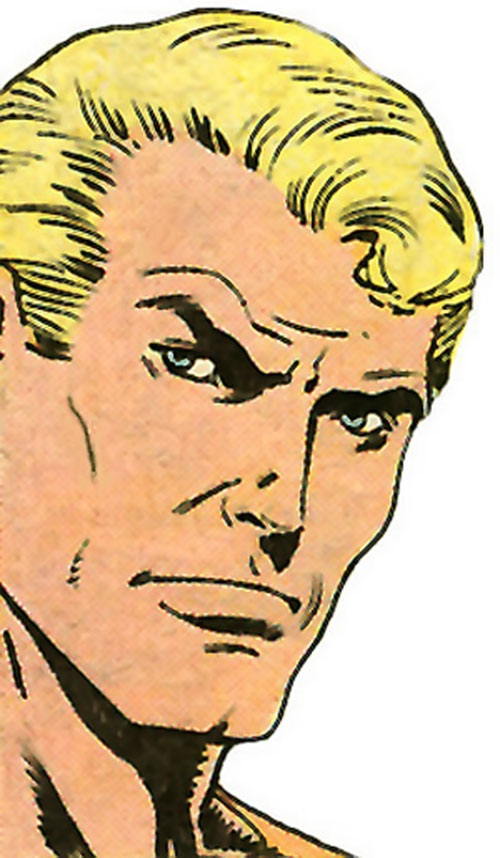