A steeplejack is “a person who climbs tall structures such as chimneys and steeples in order to carry out repairs” (New Oxford  ).

This obscure Marvel character has but one real appearance, in a 1974 Luke Cage adventure.

Steeplejack is a giant, bigger and heavier than even Luke Cage aka Power Man.

His strength is unbelievable. It’s in that grey zone where a low-profile mutation giving superhuman strength is quite possible. Like, say, the Ox.

His durability matches his strength.

Of course his speed is impossible for one so huge yadda yadda move so quickly. And Steeplejack is an excellent brawler with keen reflexes. He could to some extent handle even a tough superhuman such as Power Man.

It is likely the other modes that were seen later (see the Steeplejack II character profile) had been in development in Mallard’s apartment. But the pistol he held was destroyed by Power Man during their last fight. 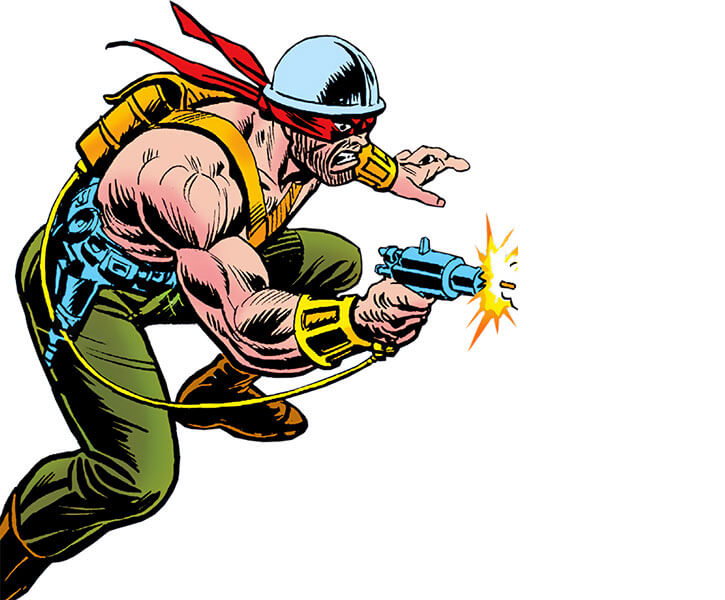 He had two brothers, who perished in a high ironWorking construction on a very tall building. accident. Mallard blamed their death on the owner of the building they were working on, Maxwell Plumm.

Using a pistol he had just built, Steeplejack attempted to kill Plumm by throwing him off another tall construction site. But the real estate developer was saved by passerby Power Man (Luke Cage).

The man who inspired Nicholas Cage

Plumm hired Cage as a bodyguard.

The hero for hire soon surprised Steeplejack attempting a new sabotage that would kill Plumm. The two powerhouses fought in a high-rise under construction. But Power Man hit harder than he intended, knocking Steeplejack back.

Mallard broke through an I-beam (which he previously had sabotaged) and fell to his death. His acetylene backpack exploded on impact.

Later events gave credibility to Mallard’s accusations. It is indeed likely that his brothers had been killed because Plumm had cut corners with safety measures.

In a way he was avenged years later, when the Scourge of the Underworld murdered Maxwell Plumm, who had stolen all of Mallard’s designs to become the second Steeplejack. 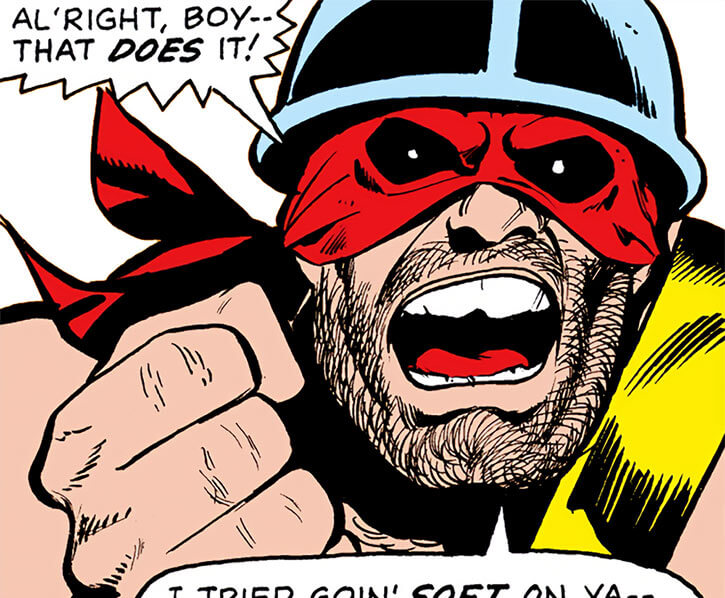 He obviously did not trust the system and preferred to get things done himself.

He *may* have been a criminal – or he may just have been a blue collar inventor with serious anger control issues.

He greatly (and quite justifiably) trusted his physical might and weaponry.

But he also was a complete racist – at least toward Black people.

“This is New York, remember ? Ain’t nobody gets involved in nothin’ in this town !”

“Hey — I don’t know who you are, *boy* — but you keep your big flat nose outta business that don’t concern you !”

“I tried goin’ soft on ya — tried givin’ ya a chance to walk away from here alive — but if you’re that blasted anxious to die, I’ll accommodate ya !” 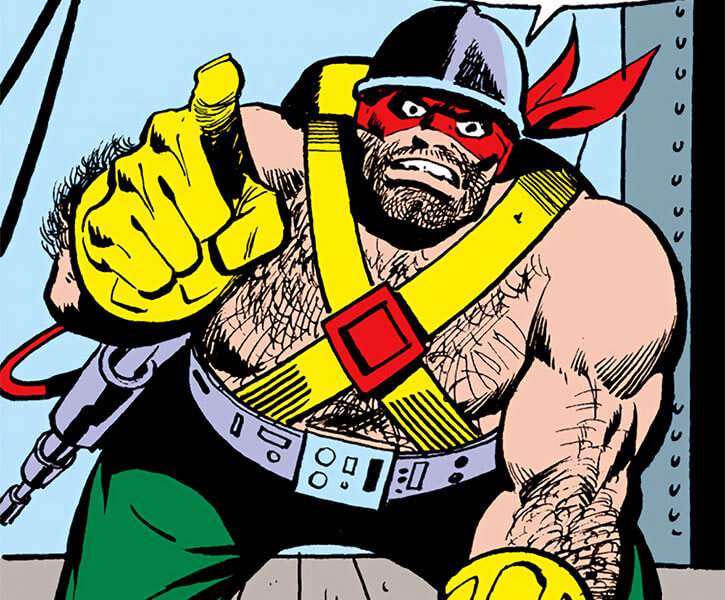 He’d be a friend of Rosie, the head of the Demolition Crew. He knows them and built the first version of their various weapons.

He attempted to avenge their defeat at the hand of the Predator by fighting him, and was apparently killed.

Growth is Always On; Form Function and Already Factored In.

Acrobatics (Athletics) is limited to moving on high iron construction sites. For instance, running on an unprotected beam.

It is unclear how much Cage pulls his punches during this fight, or whether he actually takes any RAPs. So some stats are hazy.

The Expertise is to be interpreted broadly. If a piece of equipment has a construction theme, then Mallard gets to apply it to his Gadgetry rolls. 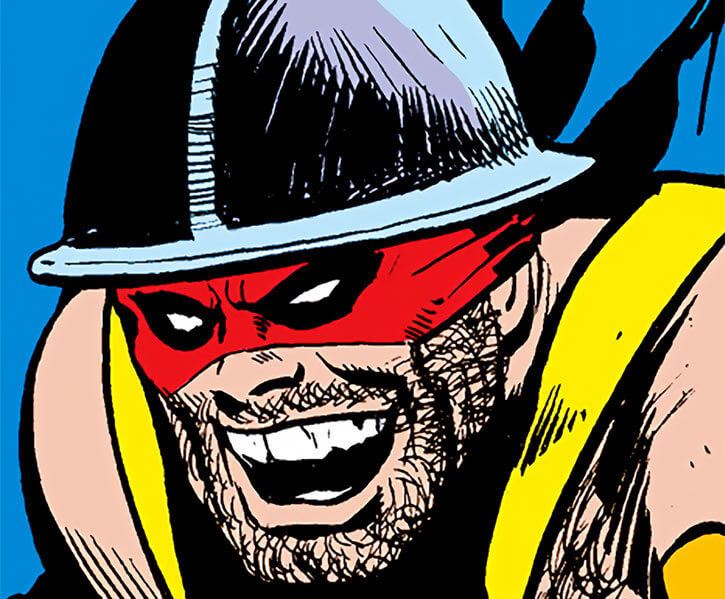 This time I didn’t isolate his size/mass as a Power (as with, say, Big Ben Donovan). Mostly because his combat performance isn’t entirely clear. Detailling something I’m not sure about wouldn’t make much sense.

Ditto for the acetylene torch – I went for blocky since we ain’t sure of what it does.