Stem Cells stomach houses a limited function nano-factory. This allows her to produce technological devices and weapons. She can increase her production capacity by ingesting additional smartware, such as her skin-like exoshell. But the additional mass is spent as it occurs.

(“Smartware” is the substance of which the mechas flesh-like exoderm is composed. It is also used for other internal functions.)

She also possesses an extensive engineering database of all kinds of weapons and technology. Particularly those of other top-secret organizations they’ve targeted.

She was created by the top-secret, quasi-governmental R&D program Project Livewire. Livewire was based on the technologies used to create the Mannites and SHIELD’s LMD’s .

It built ten mecha, six of which were trained and tested at the Project, the other four being left deactivated until they were needed to replace lost members of the team. When a new one is activated it is called Stem Cell. That lasts until their body’s smartware is fully differentiated and specialized, and they choose a name.

The mecha have all been programmed to be absolutely loyal to Project Livewire, and to follow the main goal of seeking out and destroying other top-secret, quasi-governmental R&D program. Livewires were provided with a list stating the priority they are to be given.

They want you as a new recruit

When the team tech specialist, Homebrew, is killed on a mission, Stem Cell is activated and joins the other four members of the team. these are Cornfed, Gothic Lolita, Hollowpoint Ninja, and Social Butterfly – the fate of the sixth original member and the other three back-up units is unrevealed.

She wakes while they’re on a mission against a project using technology derived from the original Human Torch. These researchers are trying to weaponize it to create Pyronanotech semi-sentient virus.

They infiltrate the project just as the experiment goes out of control, and they manage to shut it down with Stem Cell’s help. Throughout most of this Stem Cell believed that she was dreaming, a neuroform-filter designed to cushion the mind on activation.

She accompanied them on further, less hazardous, missions. The Livewires sabotaged the work of other projects without being detected. 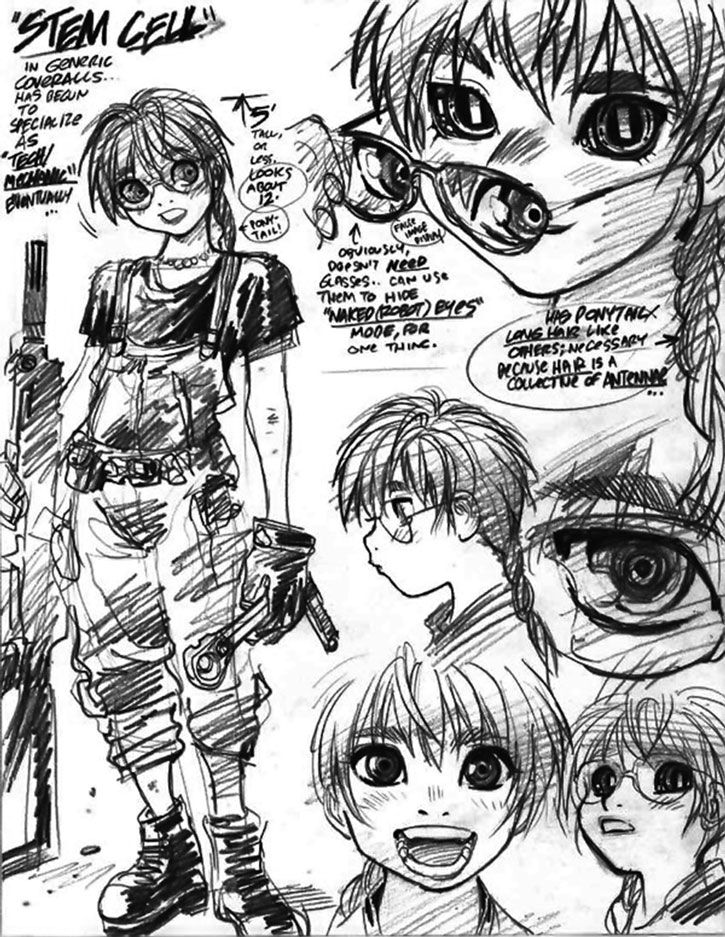 On one such mission they uncovered a link to the “White Whale”. It was the highest priority target on their list. They stowed away in a container of inert nanofluid that AIM was trading to the White Whale, and managed to get on board its rogue SHIELD helicarrier.

The White Whale turned out to be a hive mind. It was commanded by a couple of Nick Fury LMD’s infected with a Hydra nanoware attack virus.

They were detected soon after arrival. The Lievwires found themselves overwhelmed, as, one by one, they’re destroyed. Eventually Stem Cell was left alone, hiding aboard the enemy vessel.

Using the neuroform override the others had told her about, she managed to override the human feelings she had been programmed with. That allowed her to control her panic. Then she reproduced the Pyronanotech technology they had encountered on her fist mission. These rampaged through the helicarrier, destroying the White Whale.

Stem Cell managed to hack into the helicarrier and control its descent enough to survive the landing. She then gathered up the remains of her team-mates, with the intention of repairing them.

Initially Stem Cell is overwhelmed by her circumstances. She seems quite shy and intimidated by everything, and generally just does what the others tell her to.

The Livewires are all created with a mental state defaulting to that of a normal human. But this can be overridden by customizing their neuroform configuration, a hidden feature from the project’s lead designer. It can be enabled by them removing their left eyeball, and fiddling with the connections behind it.

Once she did this, she managed to override her fears and anxieties, and becomes more confident in her abilities.

Like all the Livewires, she has been programmed to be completely loyal to the Project directives, and would even have to give up her life if it was required for the mission.

[Thinking over the group intranet] “So that’s it ?! ’Well, she’s at the bottom of the sea now. Oh, darn, too bad. Luckily we’re way too detached to give a crap.‘ You guys really are robots, aren’t you ? That’s right, I thought the ’r-word‘… deal with it.”

“Quite the heaping portion of difficult work on my plate, huh ? Good thing I’ve jacked my optimism up to near-delusional levels.”

“What should I choose for a new name ? I’m not a newbie ‘Stem Cell’ anymore, after all. I did eat my own smartware flesh. How about ‘Autocannibal’ ? Or ‘Nanobelly’ ? Edgier. ‘Technoslut’ ? Or maybe… ‘Debbie’ ?”

Prior to customizing her neuroform configuration, Stem Cell has the Uncertainty Drawback. 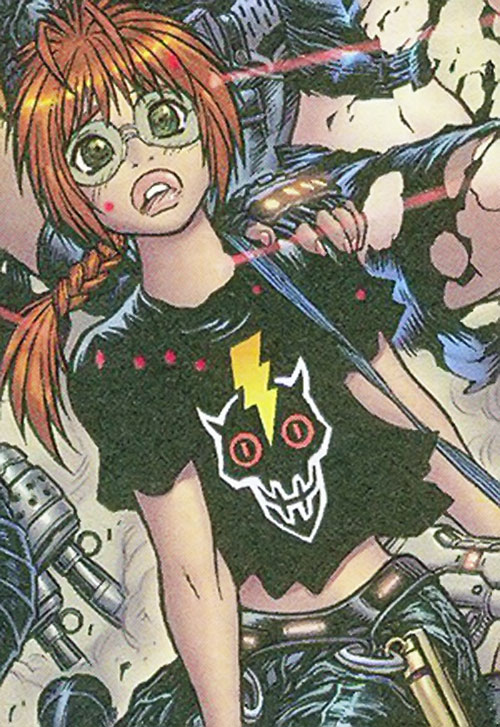 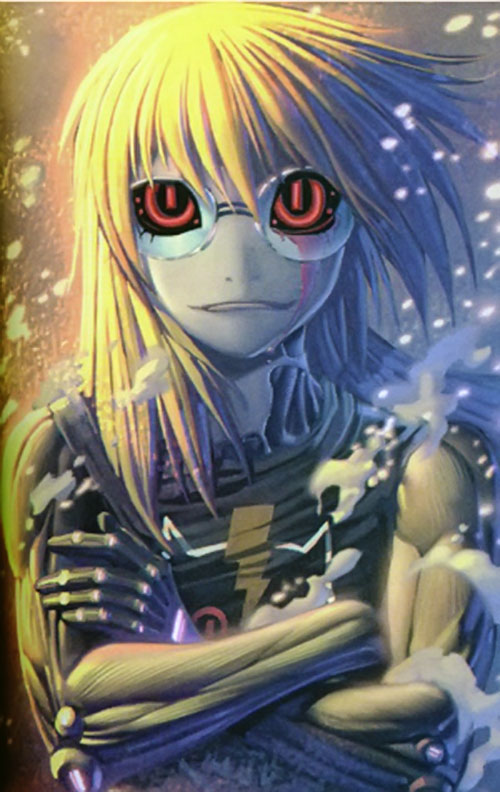