Stencil can “suck” other minds into her own. This destroys the victim’s mentality and leaves behind an empty, comatose husk. Once she has sucked in a victim, she retains the person’s mind within her own.

It may be the actual consciousness being transferred. Or perhaps it’s a copy done while the original gets erased. But in most circumstances, the difference would likely be academic.

She can easily attack multiple ordinary persons, though heroic characters are harder to affect.

Stencil can access the memories and skills of the persons she has killed. This extends to muscle memory and physical skills such as close combat techniques. Since she killed many soldiers during the years when mutants where hunted down, she has access to a lot of military know-how.

This ranges from excellent marksmanship with an AK, to knife fighting, to piloting a Hind . She chiefly fights as an elite soldier, but does not hesitate to use her mental powers to kill in self-defence. Those are particularly deadly against operators of military vehicles.

Some personalities are strong enough to resurface from where they are stored and take over for a while. This gives Stencil the common fictional version of Multiple Personality Disorder, à la Crazy Jane.

The known personalities of Stencil are :

Stencil was a member of the Garnoff Underground — an underground railroad for the persecuted Soviet mutants — during the late 1980s. She was one of the few survivors of the deadly raids of the mutant hunter Firefox after he was sent after the Underground by Valentin Shatalov. 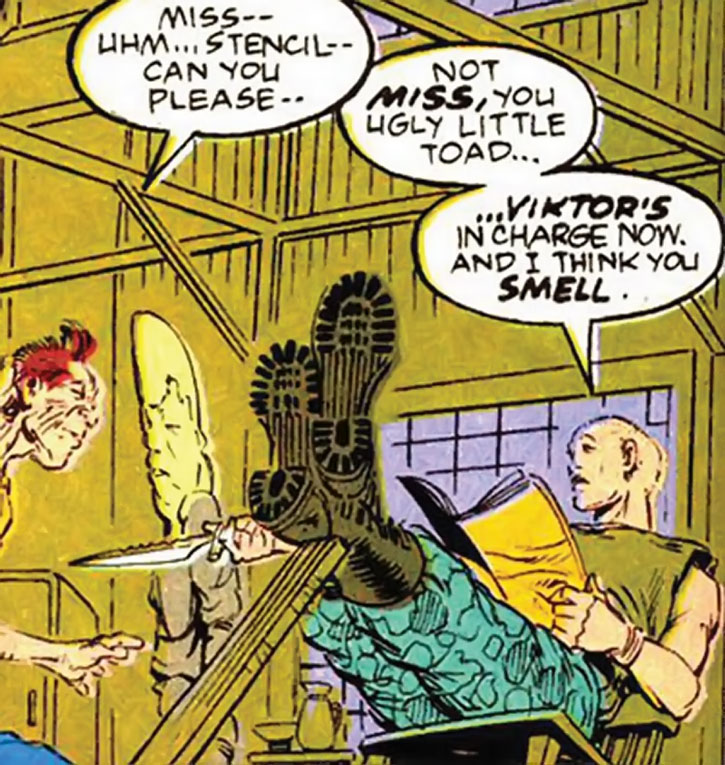 Stencil fought along the former Super-Soldiers (Vanguard, Darkstar and Ursa Major) and Sibercat. Together they repelled Firefox’s final assault.

Garnoff and those close allies then became a group called the Exiles. Garnoff decided to change his strategy and switch to guerilla warfare. The Exiles were founded in 1992. By this point Yeltsin ’s governance was going badly, and would be faced with severe trouble and uprisings during the constitutional crisis of 1993.

What happened to the Exiles is unrevealed. By the 2000s most of its members had become part of the official Russian super-team, the Winter Guard. The destinies of the three who did not (Garnoff, Ursa Major and Stencil) are unknown.

Stencil shaves her head but she might be a blonde, since the fuzz seems very light.

She prefers military clothes. Usually it goes combat boots, camouflage fatigue, a brown T-shirt with the sleeves ripped off, and brown leather gloves.

It is unclear what Stencil’s core personality is. It might be the aggressive, soldierly personality of an elite trooper who prefers to kill anyone who opposes her and is ruthlessly efficient.

On the other hand it is likely that this persona — the most common behaviour for Stencil — stems from having absorbed the mind of so many soldiers. The most strong-willed ones would dominate that influence. Whether Stencil has remains of her original personality is unknown.

Stencil has been ordered more than once by Garnoff not to kill once opposing forces that had been routed. It is thus possible that mindsucking is pleasurable and/or addictive for her.

An alternative hypothesis is that each new victim adds a tiny bit to her skills even if they do not exceed the APs she already has. In this No-Prize Hypothesis , killing people thus makes her a tiny bit more competent every time. She certainly seemed eager to mindsuck Firefox, likely to access his tremendous combat skills.

Though it’s not as bad as with Crazy Jane, bringing Stencil into a game requires prep work. Five or six prepared personalities is prudent.

“Let me absorb him, father — I won’t kill him — just leave him like a plate of zakusi.”

Bonuses and Limitations:
Her Schtick can only be used with her Mind Blast, not with Weaponry. 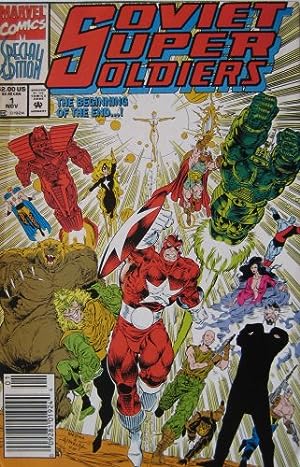 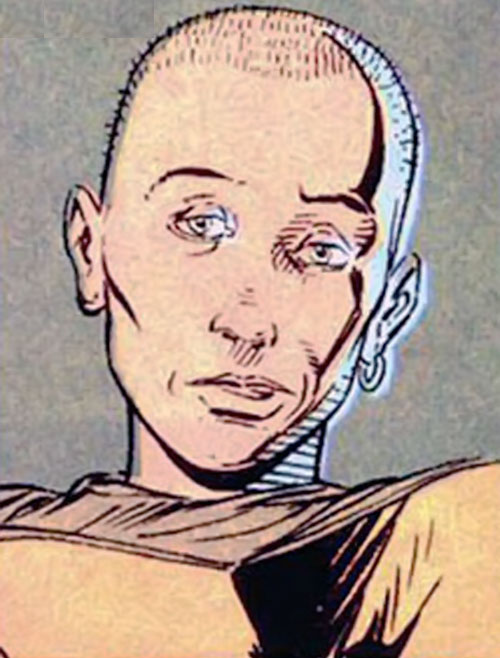 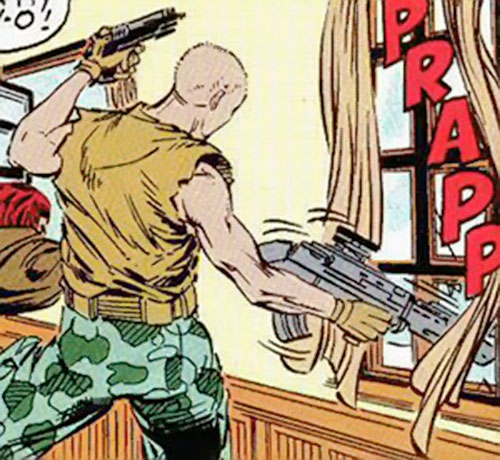