“Meet the soldiers of Inali Redpath – the clones from the facility. They’re all you Cap. You and Bucky.”

These constructs only appeared during a 2003 Captain America story arc. They faintly evoke the Manhunter (Paul Kirk) clones of the Council.

For most purposes, they aren’t remarkable. But, for game purposes, they mean disposable henchmen who can credibly have well-above-average strength and speed. This is a useful niche, particularly in combat-heavy scenarios.

Those clones aren’t really human. They are just biological machines who eat, sleep and obey orders on a basic level.

Being clones of Captain America (Steve Rogers), they’re fast and strong. They also have S.H.I.E.L.D.-issue gear and weapons.

Those clones are the result of a project started in 1944 or 1945. Project leaders feared that Captain America (Steve Rogers) would rebel, particularly when it came to the atomic bombing of Japan. They had Rogers and Bucky (James Barnes) cryogenically frozen, implanted with false memories about Zemo just in case, and shipped off to an Arctic research outpost.

Tissue samples were also taken. Rosalind Franklin  not having discovered the structure of DNA yet, the idea was probably to chemically analyze them to reverse-engineer the Super-Soldier Serum. Howbeit, Levene  had isolated the chemical makeup of DNA by the late 1920s, so a genetic angle is possible. A project researcher denied it, though.

In any case, the project did succeed at an unclear date. It produced thoughtlessly obedient, Super-Soldier clones. The short lifespan and lack of sophistication of the clones may be due to antiquated 1950s technology. But such limits became considered a feature – entirely disposable soldiers make sense for many military operations.

Later on, the facility was at least partially taken over by a shadow faction within the international enforcement agency S.H.I.E.L.D.. In the early 2000s, its funding accidentally showed up in S.H.I.E.L.D. accounting, and they sent agent Inali Redpath to investigate.

The clones were used by some agents of the shadow faction, then Redpath himself as he turned renegade. They were later taken away by Nick Fury’s troops – but more may well exist.

None whatsoever. They will obey orders from their leader, then pretty much stop acting if their leader falls.

The first person who starts giving credible orders after their leader falls becomes their new leader.

Big shaved guys in uniform with no facial expression.

The Manhunter clones already fill that spot in the DCU. And in “Our world at war”, the US Army was actually working on cloning the Guardian (Jim Harper), a close if minor equivalent of Cap.

Equipment:
When seen those clones had : 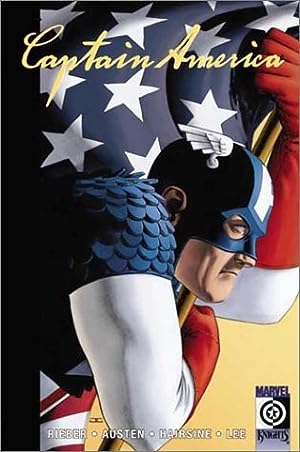