While not a particularly skilled hand-to-hand combatant, Savage was an accomplished barroom brawler, and would frequently defeat his foes through sheer tenacity.

Savage was also a matchless marksman with any sort of firearm, from a simple Colt .45 revolver to the twin Vickers machineguns  mounted on his canary-yellow SPAD .

As the war progressed Savage also became an accomplished pilot, handling any sort of biplane with ease.

Born and raised in Mustang River, Wyoming, Steven Henry Savage, Jr. was trained by his poverty-stricken father to be a consummate marksman. He was taught that the gun is merely an extension of the man who wields it. At his dying father’s bedside, he swore to make his old man proud of him by making himself worthy of the heroic legacy of his father and grandfather.

Enlisting in the Army Air Corps at the onset of World War I, Savage repeatedly disobeyed orders, breaking formation to attack and destroy the German combat balloons. This earned him his nickname as the “Balloon Buster”.

Though his commanding officer, Major Michaels, continually sought to court-martial Savage, General Talbot of High Command applauded his actions, and demanded he be kept in combat.

Savage was one of the most aggressive warriors of that “war to end all wars”. He duelled often with his enemy counterpart, Germany’s famed Rittmeister Hans Von Hammer. Whether Savage survived the First World War is unknown.

This version of Savage uses markedly more down-to earth stats than the official one. 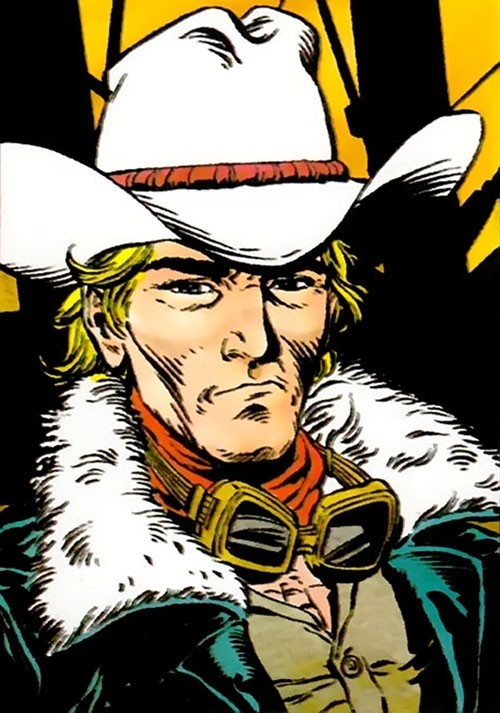