Wilbur Day wears a suit a body armour . It comes with telescoping, hydraulic stilts allowing him to reach the 30th floor under his own power. He can even walk or run using these stilts due to powerful gyroscopes.

It incorporates stun gas spray nozzles in the fore and middle finger. While the suit is not very powerful, it can kick with much force.

Wilbur Day stole his boss’ design for a new hydraulic ram. He then combined this with a suit of body armor of his own invention to create the Stilt-Man battlesuit.

His numerous attempts at becoming a reputed super-villain have all met with failure. His highest achievement is to have been beaten by Thor, whom he fought using an Adamantium  Stilt-Man battlesuit forged by Blastaar).

More recently, he even was defeated by the construction workers reconstructing the Avengers’ Mansion.

Day is a small-time crook and geek. He thinks the Stilt-Man battlesuit and associated gadgets can make him rich and powerful. Given his constant returns despite numerous defeats, this might even be an obsession.

Day is not even a killer. For instance, he saved an unconscious Spider-Man’s life after the later jumped in front of a blast that would have killed Day.

The DCU is full of somewhat ludicrous villains, so I guess Stilt-Man wouldn’t be much of a reach.

Given his “tall” theme, his main enemy probably would have been the Atom, and he has good Flash’s Rogue Gallery potential. 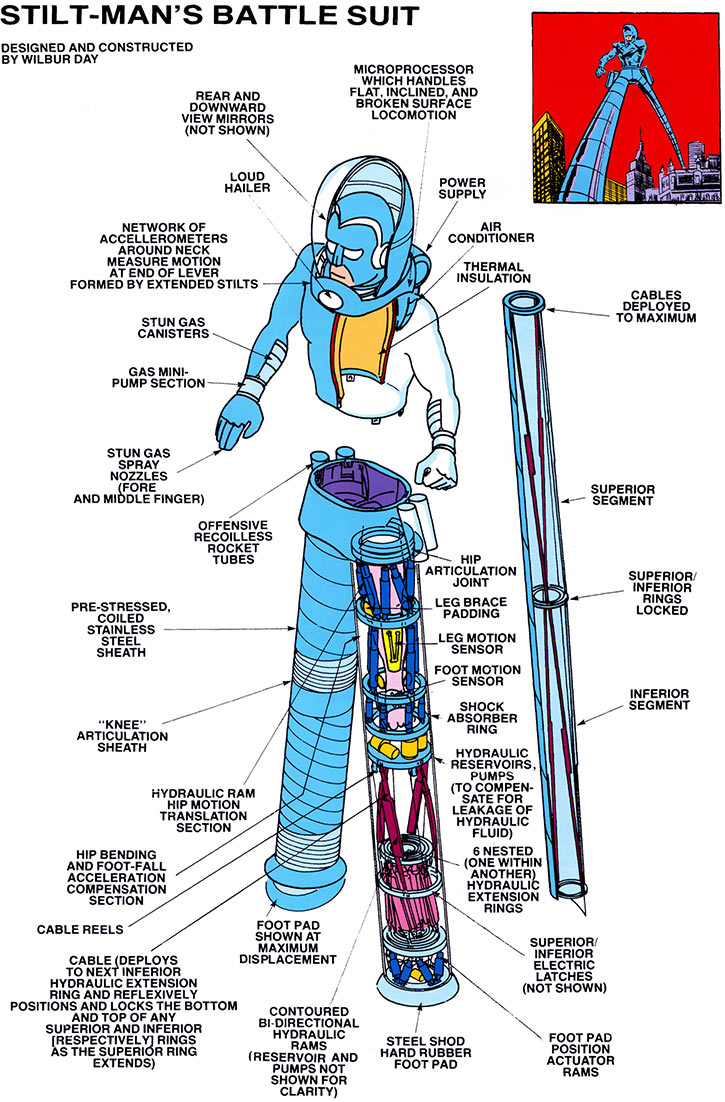